Steve Bruce says he has seen enough from Newcastle's recent performances to think they can avoid relegation; Magpies lost 2-1 at home to Leeds on Tuesday; result leaves them 16th in the Premier League and without a win in nine games 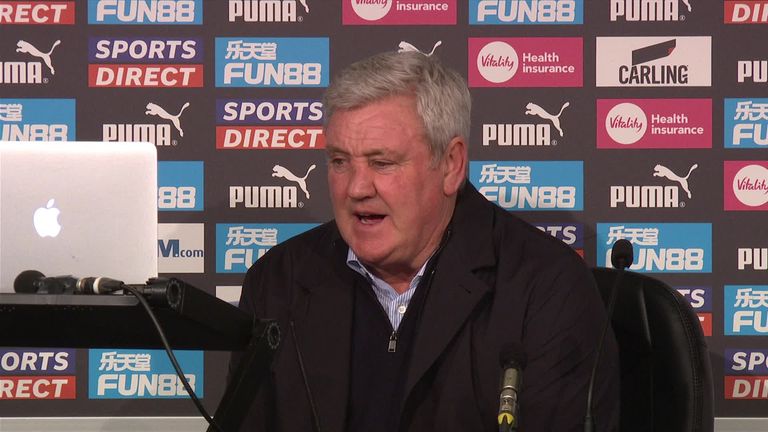 Steve Bruce says he has seen enough from Newcastle's games against Leeds and Aston Villa to make him believe they will avoid relegation, despite his side losing both matches.

The Magpies went down 2-1 at home to Leeds on Tuesday evening, their latest defeat coming just three days after they lost 2-0 at Villa Park.

Bruce's side are without a win in their last nine Premier League games and lie 16th in the table, having played at least one game more than many of the sides around them.

The pressure on Bruce, who is unpopular with sections of the Newcastle support, will only increase following the defeat to Leeds, but he said: "We gave our best performance in a few months, were unlucky and didn't deserve to lose. 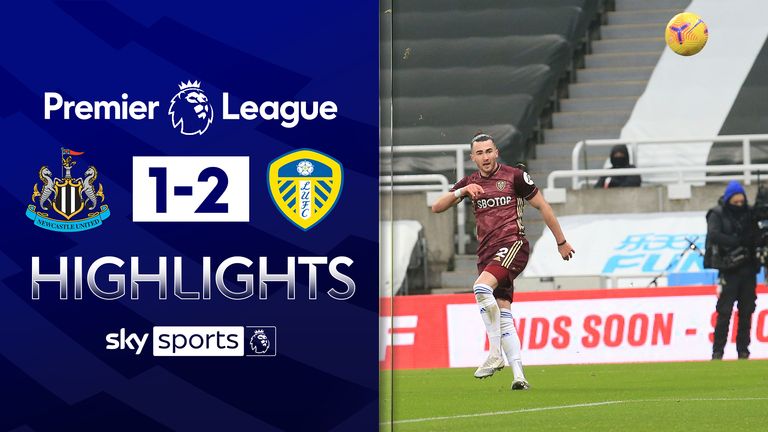 FREE TO WATCH: Highlights from Leeds' win against Newcastle in the Premier League

"I saw a little bit at Aston Villa, and certainly saw enough today, if we keep well and stay healthy in certain areas, then we'll be fine.

"We've had an awful time, there is no disputing that, but I have seen enough to see that we can build a bit of confidence."

Bruce has been bolstered by the appointment of Graeme Jones to Newcastle's coaching staff, who has left his role as first-team coach at Bournemouth.

Gateshead-born Jones said: "I'm proud to be here at the team I supported as a boy, and all of my life. During my playing and coaching career, it has always been the first result I would look for after my own.

"Now, I've hopefully got a chance to have a direct influence on results and the future of the football club, which is something I'm very excited for." FREE TO WATCH: Highlights from Aston Villa's win against Newcastle in the Premier League

Bruce added: "I'm delighted to welcome Graeme on board. He is vastly experienced and I could tell speaking to him that he is hugely passionate about the club and very keen to join us.

"He is from here but has been away for 35 years so the opportunity to come in and give us a hand is one he has jumped at."

The two Premier League clubs and a host of others in the Championship want to take the youngster on loan, but United are still to decide whether to let him go.

Sky Sports News reported earlier in the window that United wanted Williams available due to the congested fixture list this season, but he has struggled to earn a place in the team.

The 20-year-old is keen to play regular first-team games to continue his development, having played only once in the Premier League for United this season.