Sam Gallagher went off at half-time and Tony Mowbray says the forward was coughing up blood at the interval; Blackburn suffered their fourth straight league loss after Alex Mighten's goal earned three points for Forest at the City Ground

Gallagher started the game at the City Ground but was substituted at half time, with Bradley Dack coming on to replace him in an attacking midfield role, as Forest earned a narrow 1-0 home win.

After the game, Mowbray said: "I'm concerned about Sam Gallagher who is in hospital after suffering a potential punctured lung. He was coughing blood at half-time.

"He fell flat on his back, it wasn't nice to see at half time him coughing up blood, the doctor got involved and he was taken to hospital awaiting an X-ray." 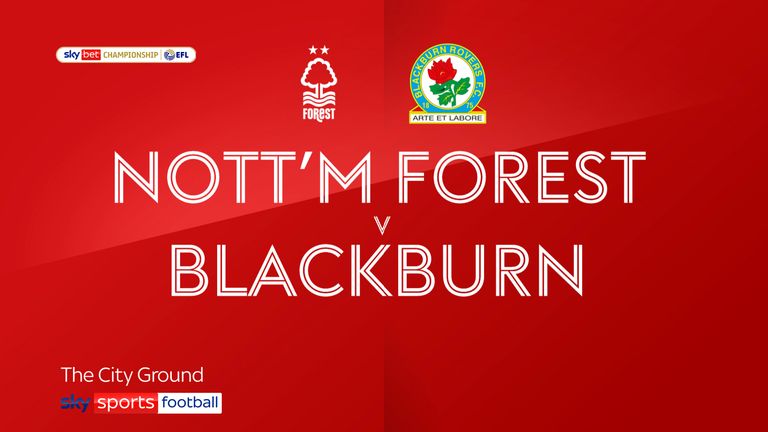 Highlights of the Sky Bet Championship match between Nottingham Forest and Blackburn.

As well as Gallagher, Rovers' Ryan Nyambe was forced off with a hamstring issue in the latter stages of the match, which may leave the defender sidelined for "months" according to his head coach.

"We're worried about Nyambe," Mowbray added, "a player who we have spoken about a lot this week, he excessively works extraordinarily hard, he needed a break, and then it seems the world is questioning why he isn't playing and then here he is, he might be out for months.

"You have to protect players and people should let the manager manage.

🤕 Tony Mowbray also confirmed that Sam Gallagher was taken to hospital to undergo a scan on a potential punctured lung after going off at half-time at The City Ground.

"I understand, we have some issues moving forward and some players with pretty severe injuries so let's see what the next game brings."

Forest youngster Alex Mighten scored the only goal of the game in the 26th minute as Chris Hughton's team condemned Rovers to their fourth straight defeat in the league.

Blackburn are 12th in the Championship and face third-placed Watford on Wednesday in their next fixture.