Manchester City seeking a record-extending 21st successive win when they play Wolves on Tuesday; City also face Manchester United, Southampton and Fulham in 10-day period; Pep Guardiola: "If we are able to do what we want to do, it will be an incredible step." 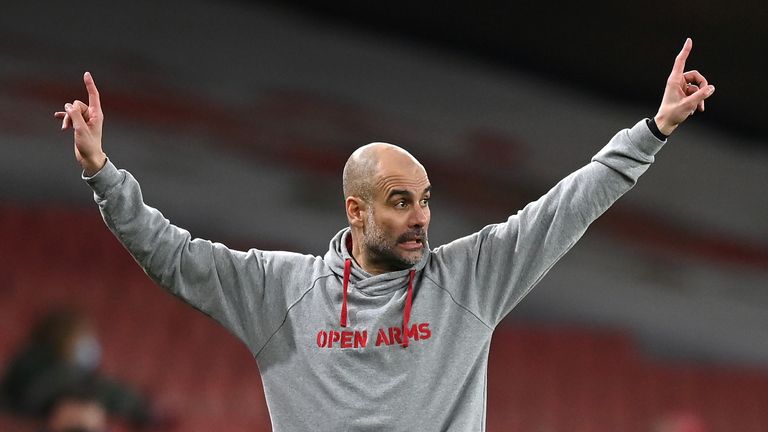 Pep Guardiola says Manchester City are entering a critical 10-day period as they close in on a second Premier League title in three seasons.

City are unbeaten in their last 27 games in all competitions and will look to extend their record winning run to 21 matches when they host Wolves on Tuesday.

Further home games follow against Manchester United and Southampton before a trip to Fulham on March 13, a run of fixtures which Guardiola hopes will cement their title hopes.

"We don't want to stop," said the City boss when asked about their winning streak.

"We know how important these 10 days are with Wolves, United and Southampton (at home) before we travel to Fulham.

"If we are able to do what we want to do, it will be an incredible step."

City's winning run is a record for an English top-flight team but Guardiola says they cannot enjoy that statistic yet.

He said: "We don't have time. There are many games, every three days. We have to rest and think of another one.

"The day of the game, all the managers say that when you win you are happy that night. But the day after you think of the next one." 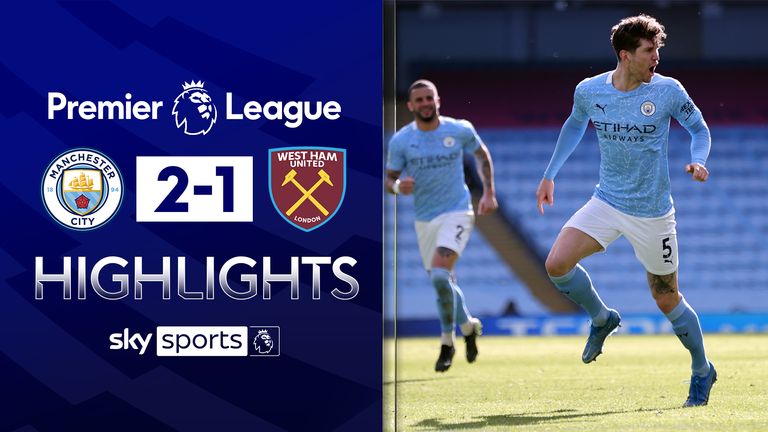 West Ham manager David Moyes described City as the best team in Europe at the weekend but Guardiola claims proof of that will only come if they win trophies.

"The best team in Europe, in the world, are Bayern Munich because they won everything," he said. "In England the champions are Liverpool, so they are the best.

"You have to win. In February or March, nobody is champions." Guardiola is taking nothing for granted ahead of Wolves' visit to the Etihad Stadium after losing to them twice last season.

"The history against them shows us how tough it is," said Guardiola. "We know it. We know exactly the type of game we have to play.

"We have to be so intense but, at the same time, calm. They have the ability to punish you. In the last two years, it was so tough."

City have close to a fully-fit squad available with no fresh injury concerns after Saturday's victory over West Ham.

Guardiola said: "Apart from Nathan (Ake) everyone is fine."

Guardiola admits he has a dilemma over his Manchester City team selection following the return of Sergio Aguero from long-term injury.

Guardiola is convinced the club's record goalscorer will get back to his best with games and time, and he will be patient with him after a season ravaged by injury and illness.

But the City boss concedes he cannot pick his side based on sentiment and he must give preference to the players in form as the Premier League leaders chase glory on four fronts.

"We want to help him but at the same time, Raheem (Sterling), Phil (Foden) and Bernardo (Silva) didn't play. I try to handle it for everyone to be involved and part of it," Guardiola said.

"Some players deserved to play but didn't. That is why it is difficult for all the managers when you have a squad.

"You have to be patient and use the good moments as much as possible. Players performing well have more chances to play than the other ones.

"Sergio has been one year injured. It is a lot of time. He played two or three games and then got injured again and was out.

"I always think we need him in this part of the season, in the right moments, because he has a special talent and quality. He's going to help.

"But we have not denied that he needs time. The positive is he played 50-60 minutes and that is good for his legs. He has to continue training good and be positive."