A number of high profile ex-footballers have died with dementia, including 1966 England World Cup winners Nobby Stiles and Jack Charlton; Ian Baraclough says the idea of developing dementia later in life is in the back of his mind and he decided to take part in research

Northern Ireland manager Ian Baraclough is taking part in groundbreaking dementia research and is willing to donate his brain if it helps future generations.

In recent months, a number of high profile ex-footballers have died with dementia, including 1966 England World Cup winners Nobby Stiles and Jack Charlton.

Former rugby union players are also taking legal action against World Rugby, the Rugby Football Union and Wales Rugby over an alleged failure to protect them from the risks caused by concussions.

Baraclough, 50, played for the likes of QPR, Leicester City and Notts County from the late eighties to the early noughties, before embarking on his managerial career.

He says the idea of developing dementia later in life is in the back of his mind and he decided to take part in the research after hearing England manager, Gareth Southgate, speak out on the subject.

"You think back to the times when you did heading training. You were heading a football, probably a hundred times a week and it is quite scary," Baraclough told Sky Sports News.

"As coaches and managers now we certainly have to be more mindful of it and I am championing the fact that for young kids heading the ball, we have to do it in different ways.

"Thinking back to some of the sessions we did, you were probably heading 30 or 40 footballs a day, whether it was part of a warm up or whether you were doing a session on defending set pieces."

There was one particular incident that has haunted Baraclough.

He was playing for QPR in a Championship game against Tranmere Rovers when he went up for the ball and was knocked unconscious after a nasty clash. 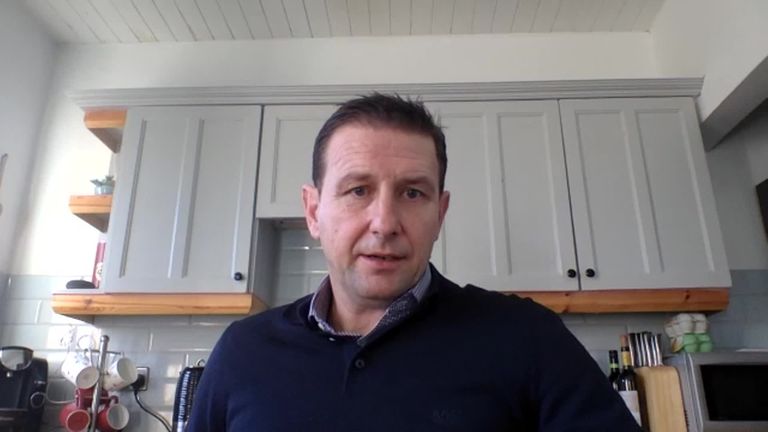 Northern Ireland manager Ian Baraclough reveals the medical advice and process he went through following a head injury he sustained while playing for QPR.

"I swallowed my tongue apparently," he said.

"The medical help was on pretty quickly. I woke up and was in the medical room. I have no recollection of what happened. I was told it was a pretty hefty blow from behind and I had a headache for the next two or three days and had to gradually let myself get better."

The department for Culture Media and Sport Select Committee announced on Wednesday that it would be examining the links between sport and long-term brain injury as part of an inquiry.

Latest research suggests former footballers are three-and-a-half times more likely to die from degenerative brain injuries than the general population, as a result of repeatedly heading the ball.

A number of new studies are underway, including the SCORES project at the University of East Anglia. Professor Michael Grey and his team assess their 200 participants virtually, using various memory-based tests. They are still appealing for more former footballers to take part, especially women.

Baraclough hopes he can help future generations by getting involved. When it comes to the beautiful game, he admits he is not an advocate for taking heading out of football, but he does say it should be limited in training, especially with younger age groups.