Fran Kirby extends her Chelsea contract until 2023; the forward joined from Reading in 2015 and this season has scored 15 goals in 21 games for the Women’s Super League leaders; "I've been a part of this club for a very long time, and it didn't take much thought"

Chelsea Women forward Fran Kirby has extended her contract at the club until 2023 with the option of a further 12 months.

The 27-year-old has been an integral member of the Chelsea squad since joining from Reading in 2015.

Kirby has won three league titles under manager Emma Hayes, and this season the England international has scored 15 goals in 21 games for the current Women's Super League leaders.

"I've been a part of this club for a very long time, and it didn't take much thought," Kirby told the club's website. "I knew where I wanted to be, and I think you could see that in my performances.

"I was really trying to prove to myself, to the fans who haven't been able to watch me for a long time and to the club. It was a no-brainer for me that I wanted to stay in this environment.

"That's been a massive goal of mine this season and I want to keep doing that. I've signed a new contract, but I want to make sure that I keep pushing myself every day and as long as I keep doing that, I know that I'll be in a good place."

General manager Paul Green added: "We are delighted to extend Fran's deal. She's been an important player for us during her time at the club and has been integral in the club's success.

"Fran is coming into the peak of her career and I think we've seen that this season, with her playing some of the best football of her career.

"She has seen the club grow over the last six years and is excited for what the club can achieve in the future. We look forward to seeing Fran help the club achieve more success in the upcoming years."

Chelsea are currently two points clear at the top of the WSL ahead of Manchester City, while they are also through to the Champions League quarter-finals.

"I've been able to take my game to another level this year. Everyone sees the end product, but no one sees what goes on behind closed doors," she said. 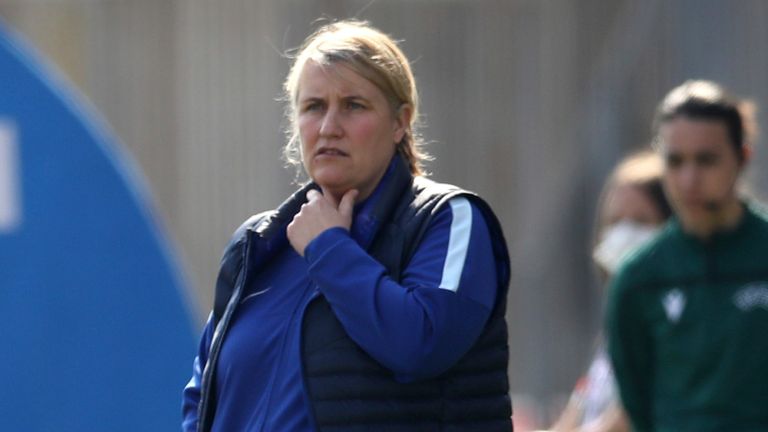 'You are out running every day, or you are in the gym and obviously for me it was a lot of isolation training because it was during lockdown and trying to motivate myself every day to go out.

'I still think I have more to give. I'm always critical of my own performance and I'm always going to pick out things that I really want to improve on.

'At the moment I'm in a really good place and playing the best football I ever have done and I'm just glad I'm able to be a part of this team and able to show all the hard work that I've put in.'