Hearts agree to lift trophy after squad meeting; Fans wanted players to leave trophy on stand in protest at their relegation last season; Tynecastle club say there will be no "fanfare" or party after Saturday's match

Hearts captain Steven Naismith will lift the Scottish Championship trophy as an "act of respect".

The club faced a dilemma after a number of fans campaigned for them to boycott the presentation in protest at their relegation with eight games remaining last season.

However, following a meeting on Friday, the decision has been made for Naismith to collect the silverware on Saturday after their final home match against Inverness Caledonian Thistle. A club statement read: "We understand the views of some supporters that we should not lift the trophy on Saturday.

"However, our players and backroom staff deserve to be recognised as the group that took the club straight back out of, notoriously, the most difficult league in Scotland to win promotion from, in the most challenging circumstances imaginable.

"At full time the first team will collect their winners' medals and our captain, Steven Naismith, will lift the trophy - respectfully and to honour the players' achievement - before returning to the dressing room. 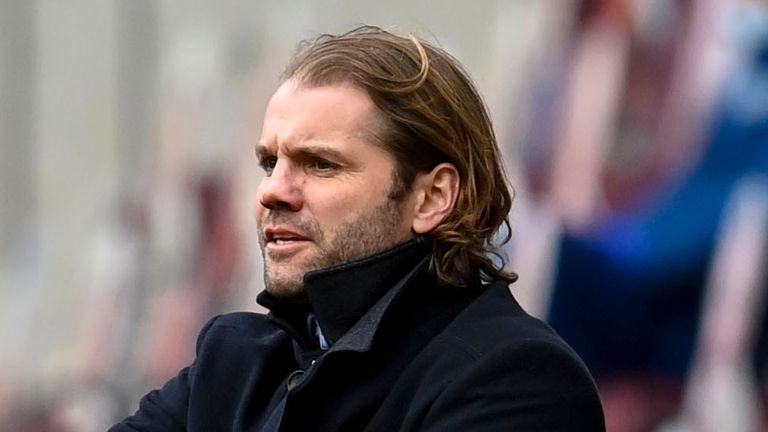 "This act will be an act of respect. Respect to our players for the 'hard yards' they put in over the course of the season, respect to our opponents who would love to be in our position and respect to the fans who continue to back the club in an unprecedented fashion.

"We will always conduct ourselves in a manner befitting this great club. We will always do the right thing, no matter the circumstances. We are Always Hearts."