Nuno Espirito Santo believes Wolves striker Raul Jimenez could be back in Premier League action before the end of the season; follow West Brom vs Wolves live on Sky Sports Premier League and Main Event from 5pm on Monday; kick-off 6pm

Wolves boss Nuno Espirito Santo believes Raul Jimenez could make his return before the end of the season.

The striker has been out since fracturing his skull in a clash of heads with David Luiz at Arsenal in November.

He has been back in training for a number of weeks, although has been restricted in his heading, and Nuno is hopeful the Mexico international may make his comeback this term if he is given the green light by medics.

"I see him ready to eventually play," he said.

"I cannot see everything - I cannot see inside his head, how the bone is, and this is what we have to respect and wait for.

"If the medical clearance came, he could be involved [at West Brom] on Monday because I see him as really good. But there are things that only MRI can see.

"He is working well, playing good, scoring and happy but we still have to wait for the medical decision. 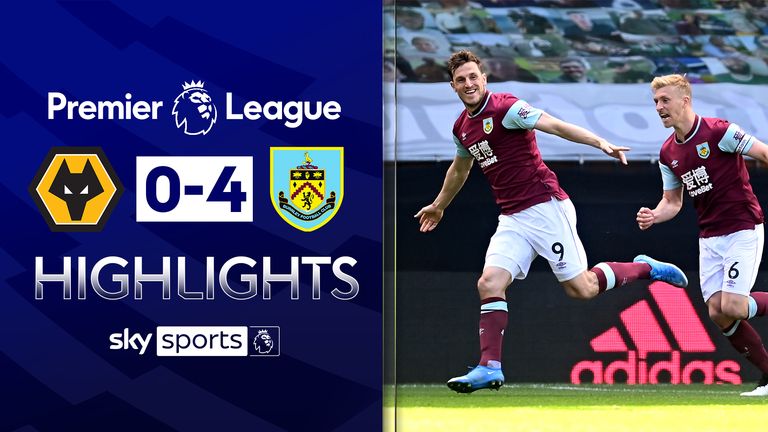 FREE TO WATCH: Highlights from Burnley’s win at Wolves in the Premier League

"It requires patience and the right decisions because it's too serious to make any kind of mistake on."

Wolves have five games left this season beginning with a trip to relegation-threatened West Bromwich Albion on Monday Night Football.

Matches against Brighton, Tottenham and Everton follow with the final game of the season at home to Manchester United on Sunday May 23.