The 37-year-old spent the second half of the season at Nottingham Forest on a short-term deal after leaving Brighton; forward also had successful spells at Carlisle and Rochdale, won promotion on four occasions and scored more than 200 career goals. 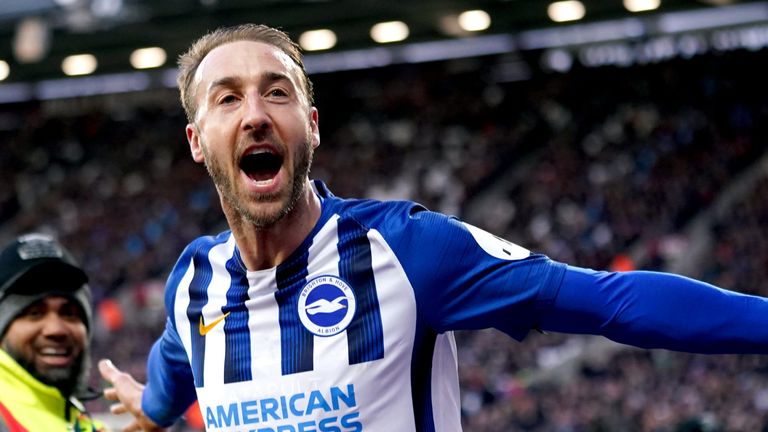 Ian Holloway says he didn't realise how good 'lethal' Glenn Murray was until he worked with him, as the striker announces his retirement from playing

The 37-year-old spent the second half of the season at Nottingham Forest on a short-term deal after leaving Brighton.

Linking up with former Seagulls boss Chris Hughton, the striker went on to score two goals in 16 appearances for Forest.

However, with his contract expiring at the end of June, Murray took to social media to announce he is hanging up his boots, posting: "To all the Clubs, Players & Fans that I've come across on this life changing journey....THANK YOU from the bottom of my heart. It's been a pleasure, hanging them up 31/05/2021"

After a stint in non-league with Workington Reds and with Wilmington Hammerheads in America during the infancy of his career, the striker embarked on a journey which saw him play in English football's top six tiers.

Born in Cumbria, Murray's first big break came at Carlisle United, helping the side to promotion from the Conference in 2005 and the League Two title a season later before moving to Rochdale.

Murray then joined Brighton in 2008, firing them to the League One title in 2011 with 22 goals and going on to become a firm favourite during his three years at the club.

To all the Clubs, Players & Fans that I’ve come across on this life changing journey....THANK YOU from the bottom of my 🖤
It’s been a pleasure, hanging them up 31/05/2021 ✌🏼 pic.twitter.com/XTbC87wq3k

A move to Crystal Palace followed where he scored 30 times during the Eagles' promotion winning season to the Premier League in 2013, which was a Championship record until Brentford's Ivan Toney eclipsed him this term.

Murray returned to Brighton in 2016 and helped them go up to the Premier League for the first time in their history with 23 goals in the first season of his second spell with the Seagulls.

Overall, the forward found the net 111 times for Brighton to place him second on the club's all-time scoring list, won promotion on four occasions and scored more than 200 career goals.

"I feel as though the time is right and I wanted to retire at a good level," Murray, who is set to go into the media industry, told Brighton's official club website.

"I've had a lot of good years in the game, but this seems the right time to call it a day.

"Give me six months, a year and I might miss it so much that I want to give back to the club in some capacity as a coach. But at the moment that isn't the route I am going down."