John Fleck is self-isolating after testing positive for Covid-19 on Tuesday; remainder of Scotland squad have all returned negative tests; watch Netherlands vs Scotland live on Sky Sports Main Event from 7.30pm on Wednesday 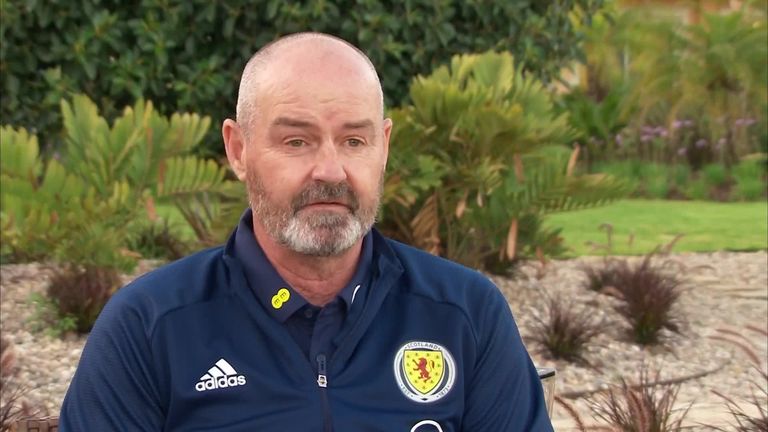 A total of seven Scotland players have not travelled for Wednesday's Euro 2020 warm-up game against the Netherlands following John Fleck's positive coronavirus test.

Sheffield United midfielder Fleck contracted the virus - testing positive on Tuesday - despite not showing any symptoms. 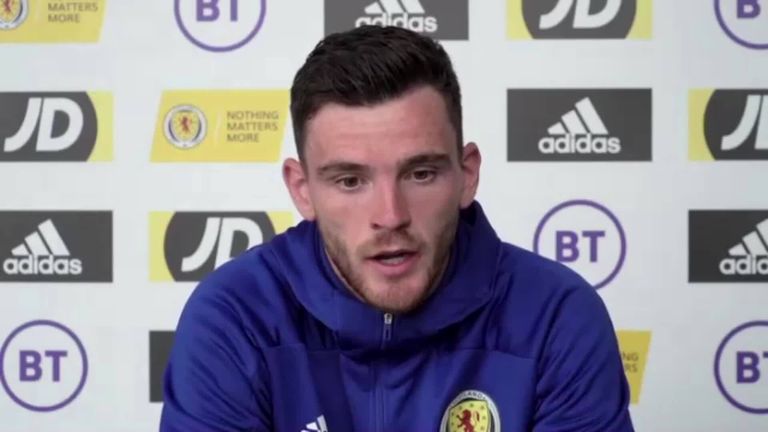 Andy Robertson says John Fleck's positive test is a reminder to everyone that they must remain vigilant about the virus, as a further six Scotland players will miss their friendly against the Netherlands as a precaution

The six players returned negative tests again on Wednesday and could have travelled - but Scotland have taken precaution and are being ultra-careful.

It means head coach Steve Clarke has just 19 players to pick from for the game against the Dutch - with less than two weeks to go until Scotland's opening Euro 2020 game.

Speaking to Sky Sports News ahead of the game, Clarke said: "I spoke to all the players and we decided to be ultra-cautious coming here tonight so we've left a few boys behind.

"It was very precautionary but I think the correct decision. They could have travelled, there's no self-isolation or none of the close contact you get at home or anything.

"Having spoken to the players, we decided that these boys had a little bit more proximity to John than most. Listen, with the tournament coming up it's better to err on the side of caution, so we decided to take the hit tonight.

"It doesn't change things too much. Out of the team that I had in my head to start, there's probably two maybe three changes.

"But one of the boys that we left behind has a little knock anyway and probably would have missed out. So probably only two different personnel changes, in terms of what I had in mind for the start."

Scotland's final Euro 2020 warm-up match is against Luxembourg on Sunday, live on Sky Sports. Clarke's side then begin the tournament against the Czech Republic on June 14, before taking on England and Croatia in their other group D fixtures.