New Celtic boss Ange Postecoglou expects there to be movement to his squad before the season starts but would not be drawn on specific targets; the 55-year-old was speaking after watching his side beat Sheffield Wednesday 3-1 in their pre-season friendly Ange Postecoglou has revealed he expects there to be "significant change" to his Celtic squad before the season starts, as he targets players that fit his style of football.

The 55-year-old, who was named as the club's permanent successor to Neil Lennon last month, was speaking after Celtic's 3-1 friendly victory over Sheffield Wednesday.

Work is ongoing to identify and secure targets, but the former Australia national team coach remained tight-lipped on the the overhaul ahead of him. 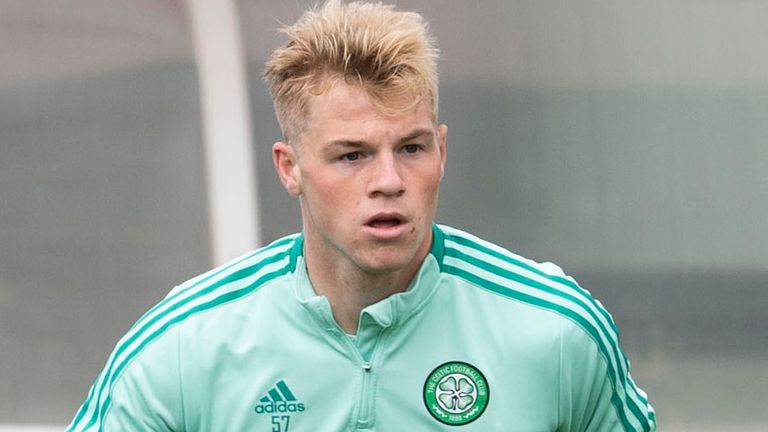 "I think there will be significant change, only because there has been a pretty big turnover in players from last year," Postecoglou told Sky Sports News.

"A lot [of players] have left and we need to bring in some, and whenever that happens I think that is significant change.

"Also we will probably play a little bit differently to what they have played in the past, so whether it is a rebuild or just a shift in direction it will be significant change for sure.

"I'm not talking to anyone, we have got multiple targets and there's a lot of names being thrown around.

"From my perspective, it's more about making sure that we do bring in some players who can play the football that I want over the next period and the club are working awfully hard to make that happen."

Club captain Scott Brown is among those to have left and the future of defender Kristoffer Ajer, who Postecoglou described as a "first-class professional and a fantastic player", remains unresolved.

The 23-year-old has entered the final year of his contract and has been linked with moves to Norwich and Newcastle, while AC Milan were previously admirers.

"I am not really sure, I am not in control of that," Postecoglou said.

"All I can do is the ones that are here right now and training with us, I treat them as part of the family, and then if some leave then they do."

The friendly against Sheffield Wednesday was played behind closed doors at the Hoops' training camp in Newport, with Postecoglou fielding two teams of mostly youngsters in total over the three periods of 30 minutes.

Former Rangers attacker Josh Windass opened the scoring for The Owls after only three minutes but Albian Ajeti levelled with a drive from 16 yards in the 33rd minute.

Owen Moffat, 19, drove in a second in the 77th minute from the edge of the box and French striker Odsonne Edouard added a third with an angled-drive in the final minute.