Manchester United Women have been looking to appoint Marc Skinner as new head coach for some time; Casey Stoney resigned as Man Utd Women head coach at the end of last season 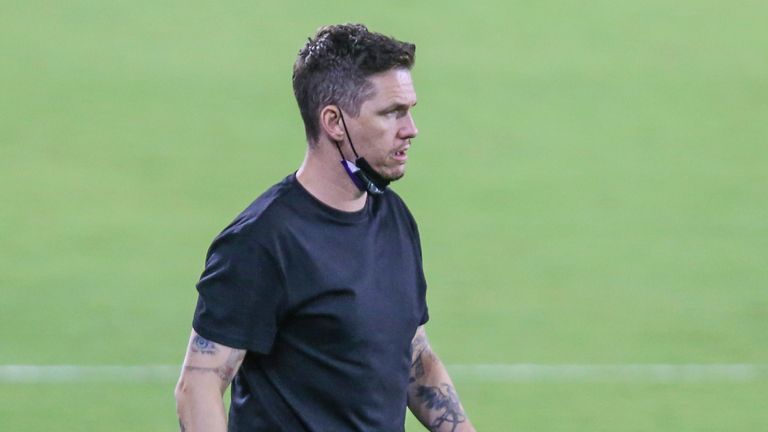 Marc Skinner has stepped down at Orlando Pride to take over as Manchester United women's head coach.

It is understood Skinner has agreed in principle to become United's new head coach but the two clubs are still finalising compensation.

His assistant Carl Green has also quit the American club to "pursue a new coaching opportunity".

Skinner has spent two years in the United States in Florida. It will be a return to the Women's Super League for the 38-year-old after a spell with Birmingham.

Casey Stoney, who stepped down as manager of United at the end of last season, was recently confirmed as boss of San Diego.

Skinner oversaw significant improvements during his time in charge of Birmingham but his stay in the USA was badly hit by the Covid pandemic.

"I am immensely proud to have been the head coach of Orlando Pride," Skinner said on Friday.

"I want to thank the players, staff and club for all of their efforts in creating a culture worthy of this city and state. To the fans, I thank you for being patient whilst we grew together.

"You will continue to drive this team to achieve the heights that you all deserve. I have no doubt that this club will go from strength to strength with the new ownership in place and the values that the team have worked hard to develop.

"Although I will be watching from afar, the iconic purple team will always remain close to my heart. For the final time, #VamosOrlando."

Orlando Pride EVP Amanda Duffy added: "I have tremendous gratitude and appreciation for the vision Marc and Carl brought to the Orlando Pride and I thank them for their commitment to the club and the players during their time in Orlando.

"Under Marc's guidance, the Pride have become a better team and a better organization, with a foundation in place for the continuation of a winning culture. I wish both of them much success in their next opportunity."