Friendlies: Raul Jimenez back on scoresheet for Wolves 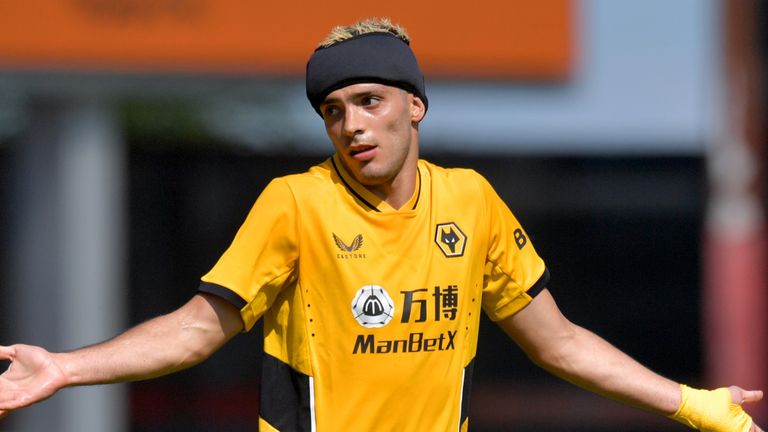 Raul Jimenez scored his first goal since suffering a skull fracture last November as Wolves drew 1-1 with Stoke in a pre-season friendly.

The Mexican striker has been out of action since sustaining the injury last year at Arsenal following a clash of heads with David Luiz, but Jimenez has been on the recovery trail and returned to full training under new Wolves boss Bruno Lage earlier this month.

And, wearing a protective head guard, he got back on the scoresheet at the Bet365 Stadium, calmly finding the back of the net to bring Wolves level after Nelson Semedo's shot was saved by Josef Bursik.

The 30-year-old played 74 minutes and his goal cancelled out Danny Batth's first-half opener before the game finished 1-1.

Premier League champions Manchester City continued their preparations for the new season with a 4-0 victory over Barnlsey.

Riyad Mahrez got in on the act, sending City in at the break 3-0 up before defender Nathan Ake rounded off a big win for Pep Guardiola's side.

Said Benrahma scored on his return to Brentford as West Ham secured a fourth straight pre-season win ahead of the new campaign.

Benrahma, who spent two years with Brentford before joining the Hammers last year, produced a moment of magic midway through the second half and it was enough to hand David Moyes' side victory on their first trip to the Brentford Community Stadium. 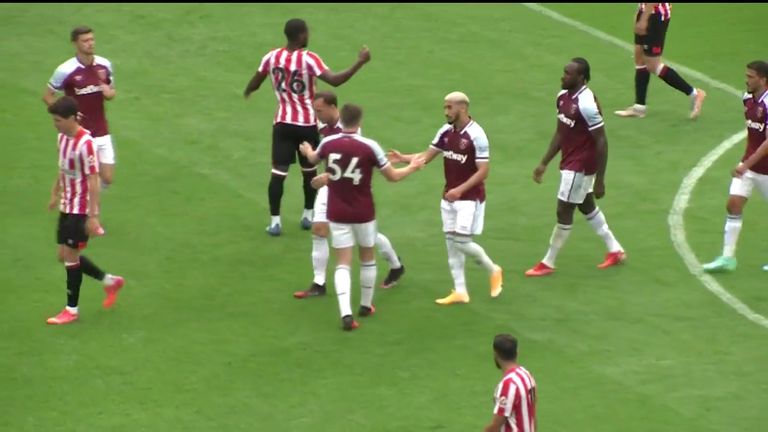 Leicester had to come from behind on two occasions to claim a 3-3 draw with QPR at Kiyan Prince Foundation Stadium.

QPR took the lead just before the break through Charlie Austin and Leicester, who gave duo Youri Tielemans and Harvey Barnes their first outings of the summer, were further behind early in the second half through Yoann Barbet.

Leicester finally made a breakthrough 15 minutes from time through Kiernan Dewsbury-Hall before Patson Daka's first goal for the club brought Brendan Rodgers' side level.

However, Mark Warburton's side restored their lead with eight minutes to play through Rob Dickie, but Leicester responded again as Kelechi Iheanacho scored from the spot to secure a draw after Daka won the penalty.

Southampton secured a convincing 3-1 victory in south Wales at Swansea.

The hosts took the lead at the Liberty Stadium as Mohammed Salisu sliced a cross into his own net, but Southampton were only behind for 60 seconds as Nathan Tella equalised.

The turnaround was complete shortly after through Nathan Redmond before Stuart Armstrong rounded off proceedings for Ralph Hasenhuttl's side on the hour mark.

Brighton eased to a 3-1 win over Luton at Kenilworth Road.

After first-half goals from Aaron Connolly and Enock Mwepu, Harry Cornick hauled the Hatters back into the contest before Percy Tau added a third for the visitors in the second period.

Kouyate was shown a straight red card in the 31st minute for his challenge on Reading midfielder Ovie Ejaria.

However, it was Palace who took the lead early in the second half through Jean-Philippe Mateta's penalty.

Reading equalised through John Swift's deflected free-kick, but Jordan Ayew, played in by Connor Gallagher on his debut, restored the Premier League side's advantage before Scott Banks secured victory for Patrick Vieira's side with the last kick of the game.

Wins for Villa and Burnley; Leeds slip to defeat

Aston Villa, who have announced they reached an agreement with Bayer Leverkusen to sign Jamaica forward Leon Bailey, continued their pre-season preparations with a 3-0 victory at Bristol City.

Jaden Bidace opened the scoring for the Premier League side before Ezri Kona and Ollie Watkins rounded off the comfortable victory.

Burnley were forced to come from behind as two late goals from Ashley Barnes and Dwight McNeil handed Sean Dyche's side a 2-1 victory against League Two side Tranmere. 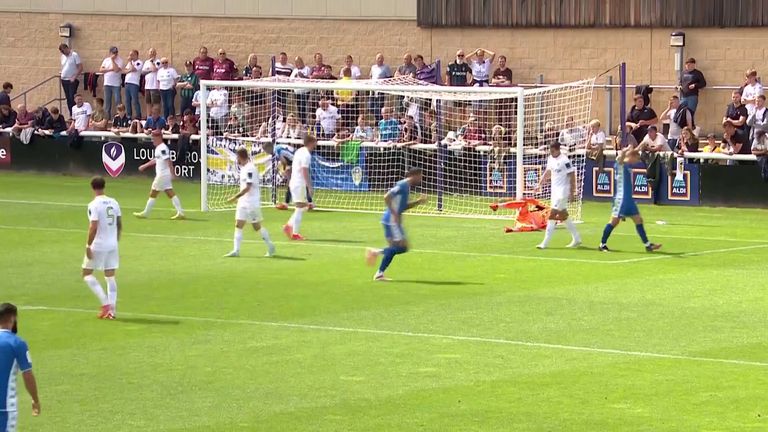 Leeds faced Spanish side Real Betis in Loughborough and Marcelo Bielsa's side were handed a 3-2 defeat despite goals from Patrick Bamford and Mateusz Klich.