Manchester City submitted a £100m offer for Jack Grealish on Friday; former Aston Villa captain Gareth Barry joined City in 2009 in a move that caused controversy: "It brings back memories for me and I can see where Jack's head might be at the moment"

Former Aston Villa and Manchester City midfielder Gareth Barry admits he "feels sorry" for Jack Grealish, who has returned to training with Villa amid uncertainty over his future.

City are keen to sign Grealish this summer and Sky Sports News expects their £100m offer - submitted on Friday - to be accepted by Villa.

Villa are yet to formally respond to City's offer, but it is understood they are willing to let Grealish leave for the Premier League champions.

Barry, who made 434 appearances for Villa, joined City during the 2009 summer transfer window in a deal that caused uproar in the West Midlands.

Speaking at a charity match on Sunday alongside So Solid Crew member Harvey, Barry told Sky Sports News: "It brings back memories for me and I can see where Jack's head might be at the moment.

"It's a difficult decision. Jack loves Aston Villa so it'll be really tough. I feel sorry for him."

The former England international, however, believes that Dean Smith's side can still be a threat without their talisman.

"The fans will be desperate to keep Jack, but whatever happens, Villa will find a new hero down the line," he added. 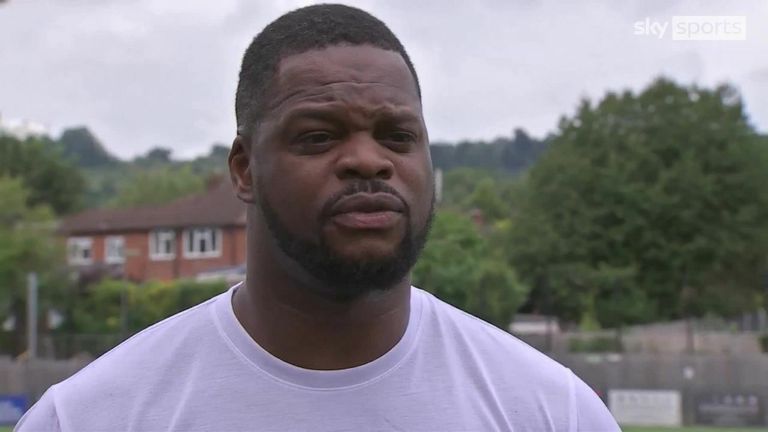 Harewood, who scored 54 goals during his West Ham career, believes it is important for former players to support charities after retirement.

"Football is so powerful and I'm going to use my platform as much as possible to feed as many people as possible," he said.

Playing with a team of ex-West Ham Legends, the 41-year-old urged current manager David Moyes to invest in the summer transfer window.

"They will need a prioritise a new striker to help out (Michail) Antonio or partner him," he said. "I thrived off playing with the likes of Teddy Sheringham and Bobby Zamora, and they'll need somebody else to put pressure on other teams".

In front of nearly 1,000 spectators at Meadowbank Stadium, the home of Dorking Wanderers, the fixture finished 2-1, with key organiser Harvey and his side coming out on top.

The former AFC Wimbledon player, who also played for Aldershot Town and Lewes, stressed the importance of giving back after the hardships of the pandemic.

"It's great to see people back out in public again and sorting out these events," he said. "It's very important that we all give back. We just want to see smiles back on people's faces."

Football's Cult Heroes is a new podcast series exploring the stories of players that carried their clubs on their backs - on and off the pitch. Follow on Spotify or Apple