Hull made a winning start on their return to the Sky Bet Championship as Grant McCann's men came from behind to triumph 4-1 at Preston.

After Emil Riis Jakobsen's early opener was cancelled out by Keane Lewis-Potter in the 35th minute, Richard Smallwood put the visitors ahead with a deflected strike in the 62nd minute. It was a less enjoyable afternoon for Hull and Blackpool's fellow newly-promoted side Peterborough, who were beaten 3-0 at Luton.

Elijah Adebayo put the Hatters a goal up on the half-hour mark, and Harry Cornick and Fred Onyedinma added efforts after the break. 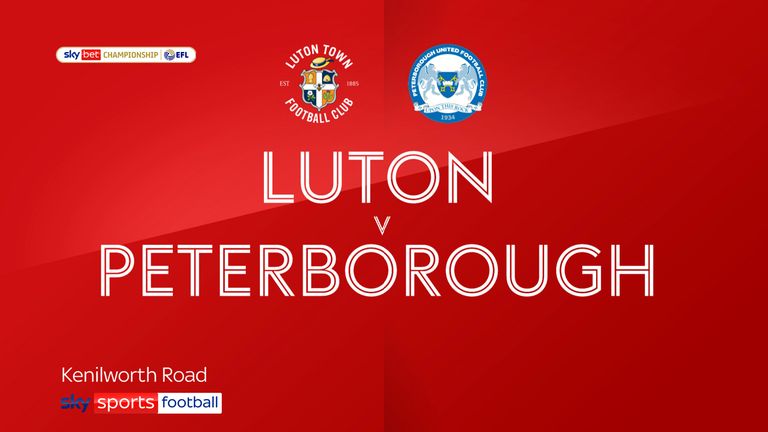 Highlights of the Sky Bet Championship match between Luton and Peterborough.

Rovers scored through Sam Gallagher and a Ben Brereton Diaz penalty either side of the interval before Jamie Paterson reduced the deficit.

Barnsley's first league match with Markus Schopp in charge saw them claim a 1-1 draw at Cardiff.

Toby Sibbick equalised for the Tykes in the 69th minute after Marlon Pack had put Cardiff in front nine minutes into the second half.

Sam Surridge marked his Stoke debut with a late winning goal as the Potters beat Reading 3-2 at the bet365 Stadium. Highlights of the Sky Bet Championship match between Stoke City and Reading.

Reading twice levelled after going a goal down, replying to goals by Nick Powell and Jacob Brown with efforts from John Swift and Liam Moore, before Surridge, having come off the bench, settled the contest with an 85th-minute finish.

Derby were held to a 1-1 draw at home by Huddersfield, Curtis Davies putting the Rams in front in the 39th minute and Naby Sarr levelling six minutes later.

It also finished 1-1 between QPR and Millwall at Loftus Road, where Jed Wallace opened the scoring for the Lions before Rob Dickie restored parity in the 31st minute.

Meanwhile, in the day's late game, Sheffield United were defeated on their Championship return, as Maxime Colin's first half header earned Birmingham a 1-0 win at Bramall Lane.