Neville reacts to Old Trafford embarrassment as Mo Salah scores hat-trick in 5-0 Liverpool thumping: "The board have made everyone aware that they are steadfast in their support of the manager and that he stays. Results like this undermine that, there's no doubt. This is sobering"

Gary Neville tore into Manchester United for "capitulating" after their 5-0 embarrassment at the hands of Liverpool and admitted the pressure on Ole Gunnar Solskjaer was now "intolerable".

"This has been a monstrous day for Manchester United," said Neville. "They have been obliterated. That was unacceptable."

Solskjaer's side were humiliated by their old foes as Liverpool stormed to a 4-0 lead at half-time - and Old Trafford further emptied as Mohamed Salah completed his hat-trick shortly after the restart.

Naby Keita had set the tone for a bruising afternoon with just five minutes on the clock, before Diogo Jota struck again inside the opening 15 minutes, and Sky Sports' Neville said a result compounded by Paul Pogba's red card shortly after his introduction from the bench would see Solskjaer take "an absolute battering".

"The pressure after this game is going to be intolerable in some quarters," the former Manchester United captain said on co-commentary during the Super Sunday thrashing.

"The board have made everyone aware that they are steadfast in their support of the manager and that he stays. Results like this undermine that, there's no doubt. This is sobering.

"Manchester United need to change. I believe Ole Gunnar Solskjaer is going to get the opportunity to change. But there is going to be pressure from every source."

Neville continued: "There's no doubt the manager will get an absolute battering. There will be calls for his head like you wouldn't believe but you wonder what this defeat will do to the players. How will they pick themselves up?

"There's no hiding place after this. United are going to be absolutely demoralised. The next 24 hours is going to be as hot as it has ever been at this football club."

Neville: 'Sobering, torn to shreds, as bad as it gets'

Neville quipped, "Can I go with them?" as he watched a mass exodus from United supporters long before the full-time whistle but reiterated his warning that the result had been coming.

"It's been coming for five, six weeks," he said. "This is what Manchester United's performance levels have been like all season.

"As soon as they've come up against a good team, they've been torn to shreds and it's told them exactly where they are at.

"This is as bad as it gets. It's the nature of the performance. They have capitulated.

"They've lost everything today - discipline, organisation. But what stands out in my mind is their organisation around the press. Finding the trigger, not getting there half-hearted.

"City can press, Liverpool can press. Manchester United are kidding themselves today that they are a pressing team. They are all over the place.

"The manager and his coaching staff have to take the blame for the pressing game today. Why would you do that? They are not a pressing team. They haven't got it in them. If you are going to press, put in Lingard and the others who can run all day."

'United miles off being a pressing team'

Neville further dissected United's paucity of pressing in the Super Sunday studio after the game, adding: "I watched the game back against Leicester on our big tactical cam to try and get an understanding of what Man Utd were trying to do, how they were told to defend.

"In the first half, they were relatively compact but sat back in their shape. Something changed at half-time; all of a sudden they start to have sporadic presses.

"It's a pattern in them. They've got no structure to press from, along with the fact they don't run as hard as the other teams and they're easy to play against.

"They've had a way of playing for three years where they've been a counter-attack team. It looks to me like they're trying to transition into something different but they haven't got the players to run as hard as Liverpool and City. Man Utd can't press high with the players they have got, you can put Ronaldo, Pogba, Greenwood, Rashford in that. Man Utd are miles off being a pressing team."

Speaking after the game, Carragher added: "Can I believe what I've seen? No. And I'm not trying to be clever here but I don't think Liverpool were at their absolute best in terms of possession. But whenever they got in and around Man Utd's back four... that's just a joke of a back four. They were a mess. Keystone Cops defending!"

What now for Man Utd and Ole?

Neville admitted he understood the likely clamour for Solskjaer's exit but insisted the scrutiny also remained firmly on the players and said he believed the Old Trafford hierarchy would "hold their nerve".

"This is a monstrous day for Man Utd. That's going to put an enormous amount of pressure on the board. The fans haven't turned on the manager in the ground - they never will. But they know that's not acceptable. Something has to change in that dressing room and with this coach and it's got to change very quick.

"I've not had a bad word to say about these lads over the last few years. Where Jose Mourinho had them a few years ago wasn't a good place. I thought it was a moody place. I've been really supportive of the bridge from those days to now.

"However, these players here now, I'm asking some serious questions of. They are easy to play against. They are getting outrun. That's not good enough. Forget whether they lose or concede chances, get the basics of a football team right. That means working, sprinting with intent to the ball. The intensity of Manchester City against Brighton, Bernardo, Phil Foden, better players than this lot and running like you wouldn't believe to win the ball back. There are no excuses for those players. They need to get to work.

"It's painful watching that [Solskjaer] interview. But it's part of the game. It's Manchester United. If this was in the immediate post-Sir Alex Ferguson era, Ole would be under massive pressure tonight. But I think the club will hold their nerve. I don't think they've planned for a new manager this season. I think they'll sit with him until the end of the season.

"There'll be a massive outcry from fans and media that Ole should be sacked and I can understand that after that game. It was a monstrously bad day and it takes some recovery from. But I think this club is a lot more stable in terms of the ownership - I think now might be the time for them to communicate with the fans if they're going to back the manager for the next six to eight months, which I think they will.

"The reason the board will stay stable is because of what happened with Jose Mourinho, with Louis van Gaal. They won't bring in a hitman again to try and do a job for a couple of seasons." 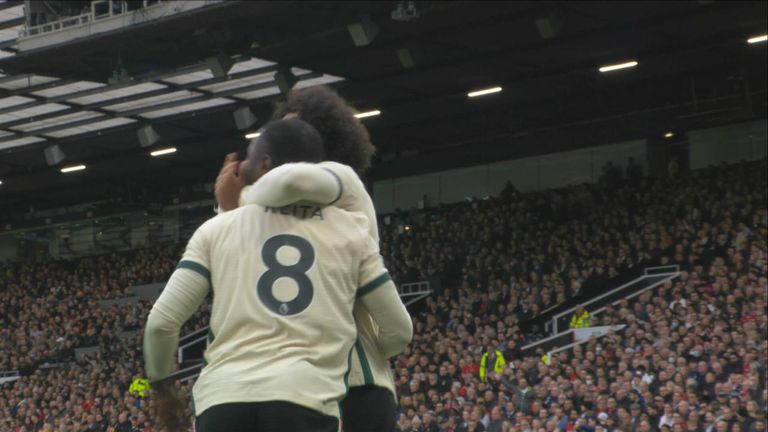 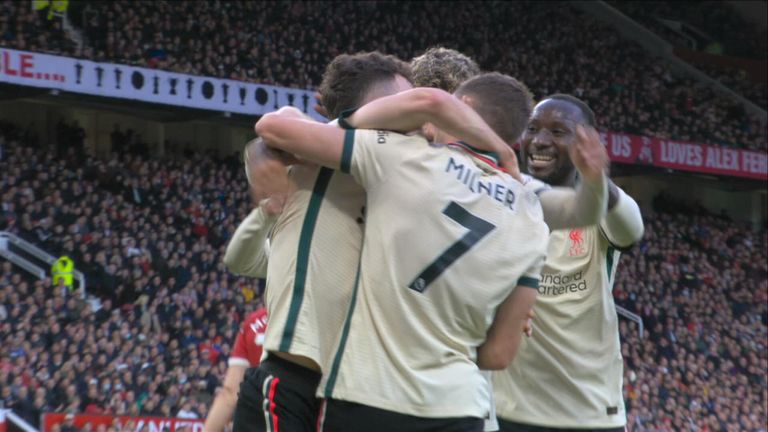 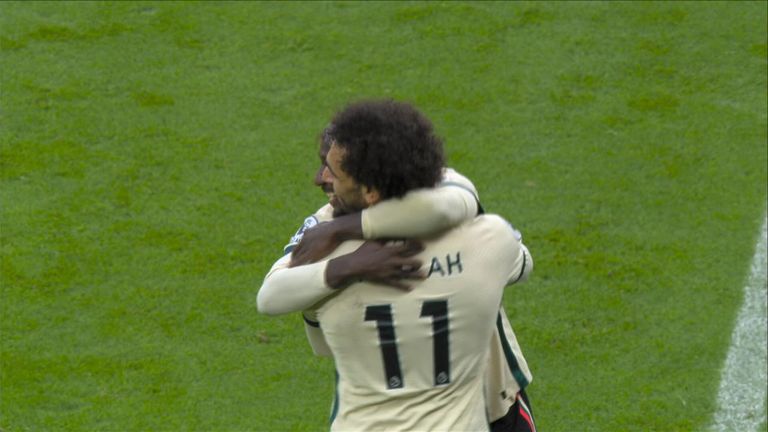 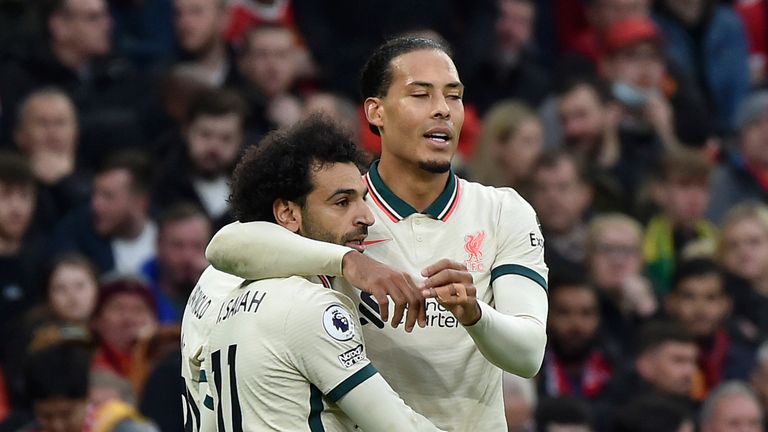 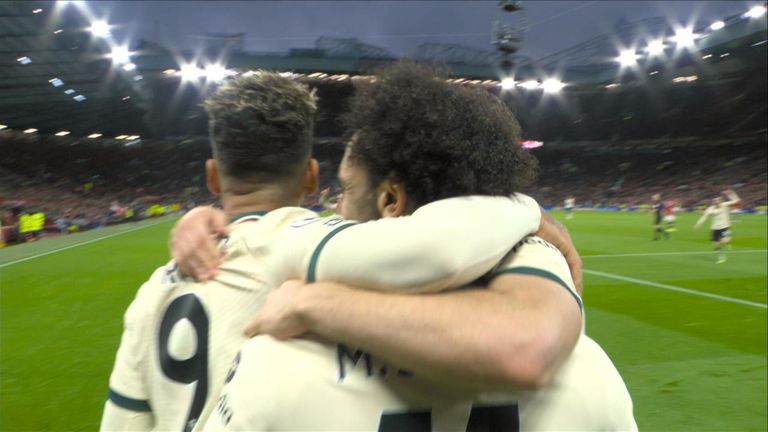