Villa sacked Dean Smith after a run of five straight Premier League defeats; Villa's bosses want a new head coach in position in time for the game against Brighton on November 20; Rangers say no official contact has been made with them to speak to Steven Gerrard

Steven Gerrard is open to a return to the Premier League, with the Rangers manager on Aston Villa's shortlist of candidates to replace Dean Smith.

Villa are continuing their search for a new manager after sacking Smith on Sunday, and they are considering other candidates.

The club expect to accelerate their efforts to secure a new manager in the next 24 to 48 hours.

Meanwhile, Rangers say that no official contact has been made with them to speak to Gerrard.

Earlier this week, Sky Sports News reported Gerrard and Roberto Martinez were among the possible replacements for Smith at Villa Park, while Denmark boss Kasper Hjulmand has since ruled himself out of contention.

Gerrard is a close friend of Villa CEO Christian Purslow following their time together at Liverpool when Purslow was managing director.

Martinez is open to the possibility of a move back to the Premier League, having been with Belgium since 2016, during which time he has taken them to No 1 in the FIFA rankings.

The Spaniard was offered the job 10 years ago by Villa's former owner Randy Lerner but he opted to remain in charge of Wigan Athletic at the time.

Speaking on Sunday, Sky Sports pundit Jamie Carragher said his former Liverpool team-mate would be torn between joining Villa and staying with Rangers. 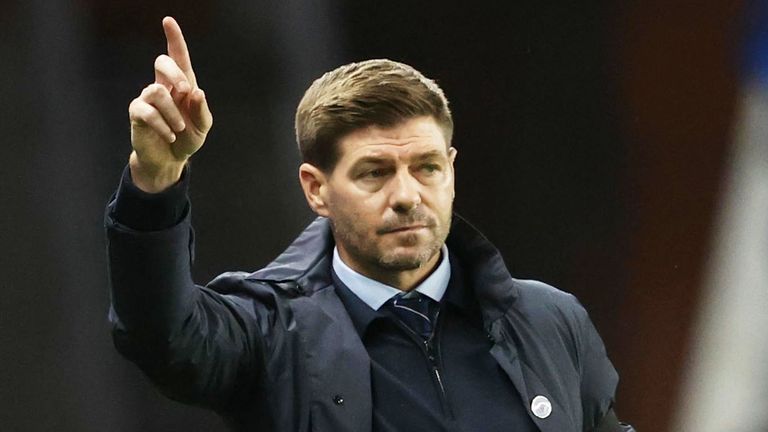 "I mean, this is not something coming from Steven Gerrard but I think sooner or later there's going to be a great chance Steven Gerrard is going to come to the Premier League. But for me, it's a difficult one.

Rangers manager Steven Gerrard would be a 'perfect fit' at Aston Villa and welcomed with open arms if appointed as Dean Smith's successor, says Lee Hendrie

Paul Merson says the opportunity to manage Aston Villa in the Premier League could prove too difficult for Steven Gerrard to turn down and insists Frank Lampard should also be in the mix to succeed Dean Smith.

"It's going to be hard to prise Steven Gerrard away, he's managing a massive club in Glasgow Rangers," Merson told Sky Sports News.

"He's got them buzzing again; he stopped Celtic winning 10 in a row, they are in the Europa League, and they've got a chance of winning the Scottish Premiership. 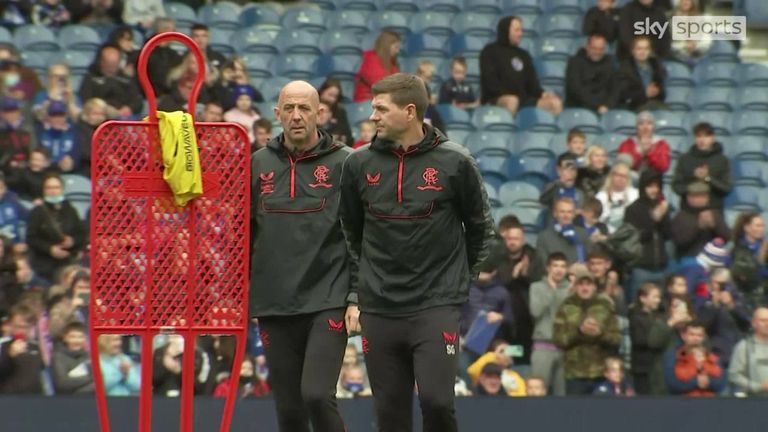 "It's a bit of a juggling act for Gerrard because Celtic look as though they are coming back now. They've got the new manager in; they've bought into his ideas and they are moving up the table.

"There is no forgone conclusion in the Scottish title race this year and, given the nature of football, if Celtic went on and won it this year everything from the year before is almost forgotten.

"But it's the Premier League, and when you start out managing, I'm sure in the back of people's minds if you could get a job like Aston Villa - wow."

Merson believes Gerrard's former England team-mate Lampard has to also be under consideration for the vacant manager's position at Villa Park.

Lampard has been out of work since being sacked by Chelsea in January but Merson believes his proven track record of developing youth makes him an ideal candidate.

"I think you have to put Frank Lampard's name in the hat as well," Merson said. "He's managed Chelsea, where he did a great job in steadying the ship at the time.

"If you look at all the kids who have come through at Chelsea since, and then look at Aston Villa's academy, it's very good as well.

"On Friday night, Dean Smith had five or six players from the academy in the squad for what was his final game. I would like to see a Frank Lampard or Steven Gerrard get the job."

"Steven Gerrard is a more difficult one because he's in place at Rangers doing a very good job there. So, would Rangers be prepared to let him go? How much compensation would they demand?

"We know that Gerrard is a close friend of the Villa chief executive Christian Purslow. The two men worked very closely together at Liverpool when Purslow was managing director there from 2009."