Eddie Howe: Newcastle head coach will be in dugout for match against Arsenal after testing negative for Covid-19 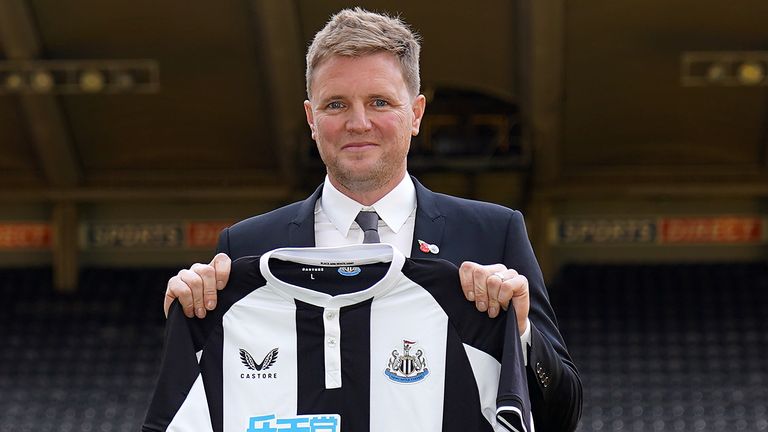 Newcastle United head coach Eddie Howe will be in the dugout for Saturday's Premier League match at Arsenal after testing negative for coronavirus.

Howe was forced to miss his first game in charge against Brentford at St James' Park last week after returning a positive test.

It is understood Howe has been allowed to travel under the Covid-19 protocol after his symptoms were traced back to last week.

#NUFC can confirm that Eddie Howe will be in the dugout for tomorrow's game at the Emirates Stadium after returning a negative Covid test this morning. pic.twitter.com/BxdTVMdJtN

Newcastle said in a short statement on Twitter: "#NUFC can confirm that Eddie Howe will be in the dugout for tomorrow's game at the Emirates Stadium after returning a negative Covid test this morning."

Standing in for Howe at his pre-match press conference, assistant Jason Tindall said: "From my own personal experiences when I had Covid a couple of months ago, I had no symptoms to start with and it was only after about eight or nine days where it hit me really hard and I began to struggle.

"But from how Eddie was, I'd say Sunday, Monday, Tuesday, in comparison to how he's now feeling and the tone of his voice the latter part of this week, there's been a big difference." 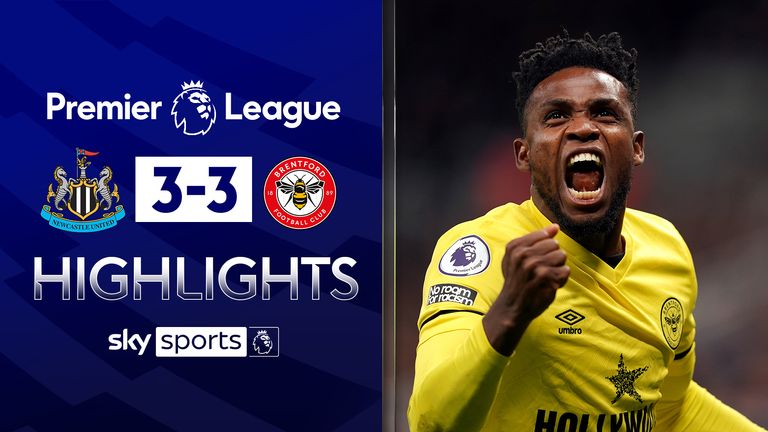 FREE TO WATCH: Highlights from Newcastle's match with Brentford in the Premier League

Tindall also confirmed that rigorous testing this week had uncovered no new cases.

He said: "Thankfully, we're okay, there have been no more positive cases. When one person gets it, you do worry a little bit, but thankfully we've tested every single day this week as a group of players and staff and everybody has come through fine."

It is understood the Premier League are happy with the way Newcastle have conducted their protocols and following a negative PCR test are satisfied Howe is safe to end his isolation.

Arteta: Newcastle wealth a challenge to rest of the Premier League

Mikel Arteta has admitted Newcastle's riches will force the rest of the Premier League to react to the emergence of another potential powerhouse.

The Magpies' new owners, who have the backing of Saudi Arabia's Public Investment Fund, have big plans to try and improve the fortunes of the club following the departure of Mike Ashley.

Having seen the likes of Chelsea and Manchester City revitalised by huge cash injections in recent years, Gunners boss Arteta is aware of what Newcastle could become and what that would mean for their competitors.

"That's the beauty of this league. What happens is bringing in new players, improving even the way we sell the product of the Premier League on a much broader level has a consequence that we are in the best league in the world and we have the best managers and the best players, the best facilities and that's part of it."

Asked if Arsenal and their counterparts would have to respond to that, Arteta added: "Absolutely, and the demands will be better, so we have to be better and we have to find the right resources and ideas and commitment to go another step forward."