Chelsea slipped from first to third in the Premier League in a matter of hours at the weekend after they twice surrendered a lead to lose 3-2 at West Ham.

Arthur Masuaku's freakish winner settled the London derby but the Blues produced an error-strewn performance and have now dropped seven points from the last available 15, keeping just one clean sheet in their last five league games. 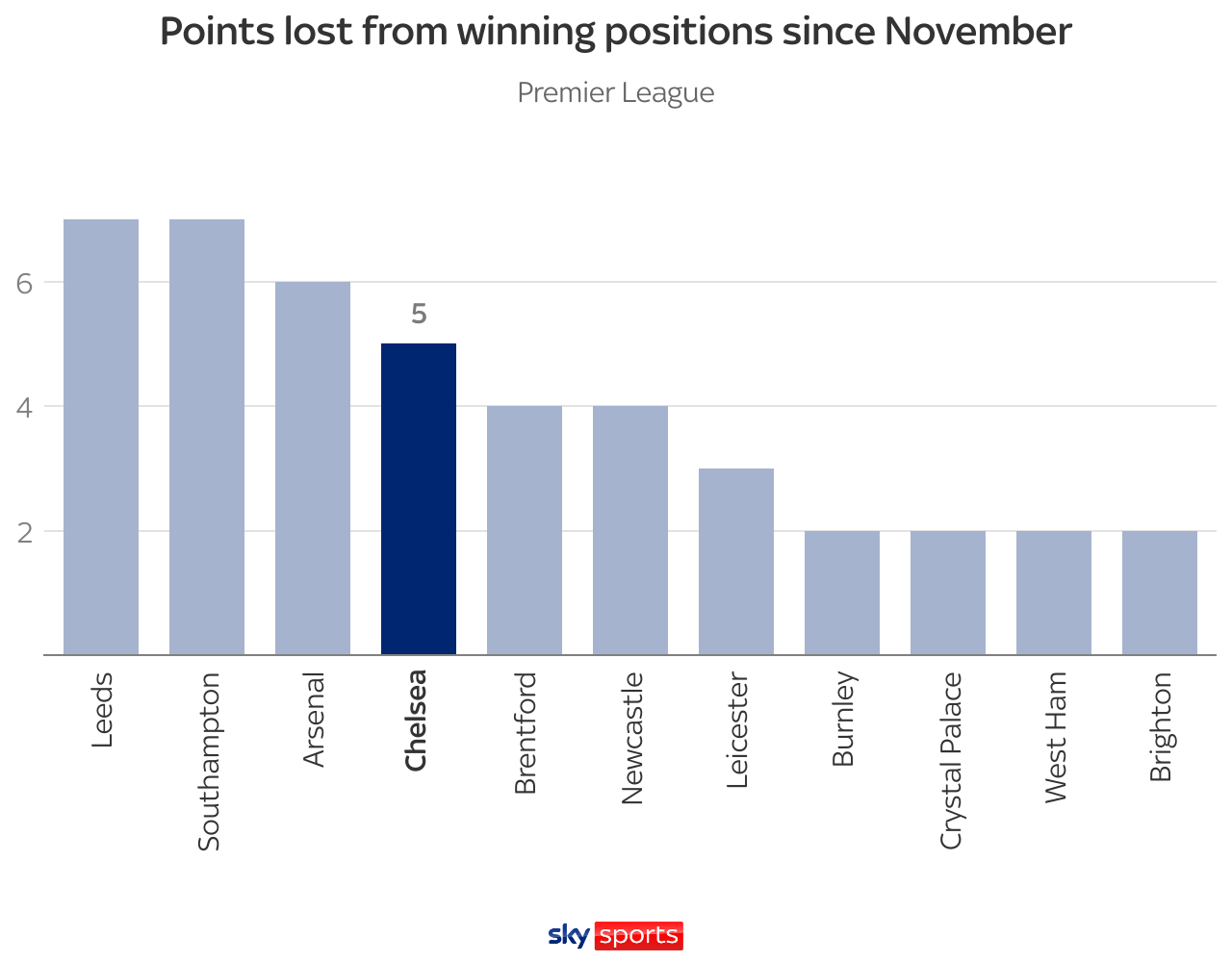 Thomas Tuchel played down any suggestion of crisis, insisting his side have not been good enough "in the details of games" and have paid for "big mistakes". Thomas Tuchel says his Chelsea side change their behaviour when in the lead, after a 3-3 draw against Zenit St Petersburg enabled Juventus to finish top of their Champions League group

But the manager was chastising his players again on Wednesday after they again squandered their advantage in Russia against Zenit St Petersburg in the Champions League.

Chelsea won just two of their six Premier League games last December, a month before Tuchel replaced Frank Lampard, and can ill-afford an unhappy Christmas this time around now Manchester City and Liverpool have capitalised.

We take a look at the underlying stats, identify areas for Tuchel's side to tighten up and hear from Sky Sports writers in the latest Essential Football Podcast.

What do the stats say about Chelsea right now?

Chelsea were three points clear atop the Premier League table going into November, but the recent drop-off appears to have started with the 1-1 draw against Burnley. Since then, the Blues have won only two league games from five fixtures.

The xG chart below shows the difference between expected goals and actual goals scored, which reveals Tuchel's side were indeed wasteful against the Clarets and Manchester United - scoring at least one goal fewer than expected in both games. However, the more alarming trend is at the other end of the pitch. Chelsea had conceded a league-low four goals from 12 games before facing Manchester United last month but have shipped five in three since the 1-1 draw at Stamford Bridge.

The graph below shows how many goals were prevented by matchday, according to xG, and suggests the rearguard's resilience has been on the wane since the Burnley draw. 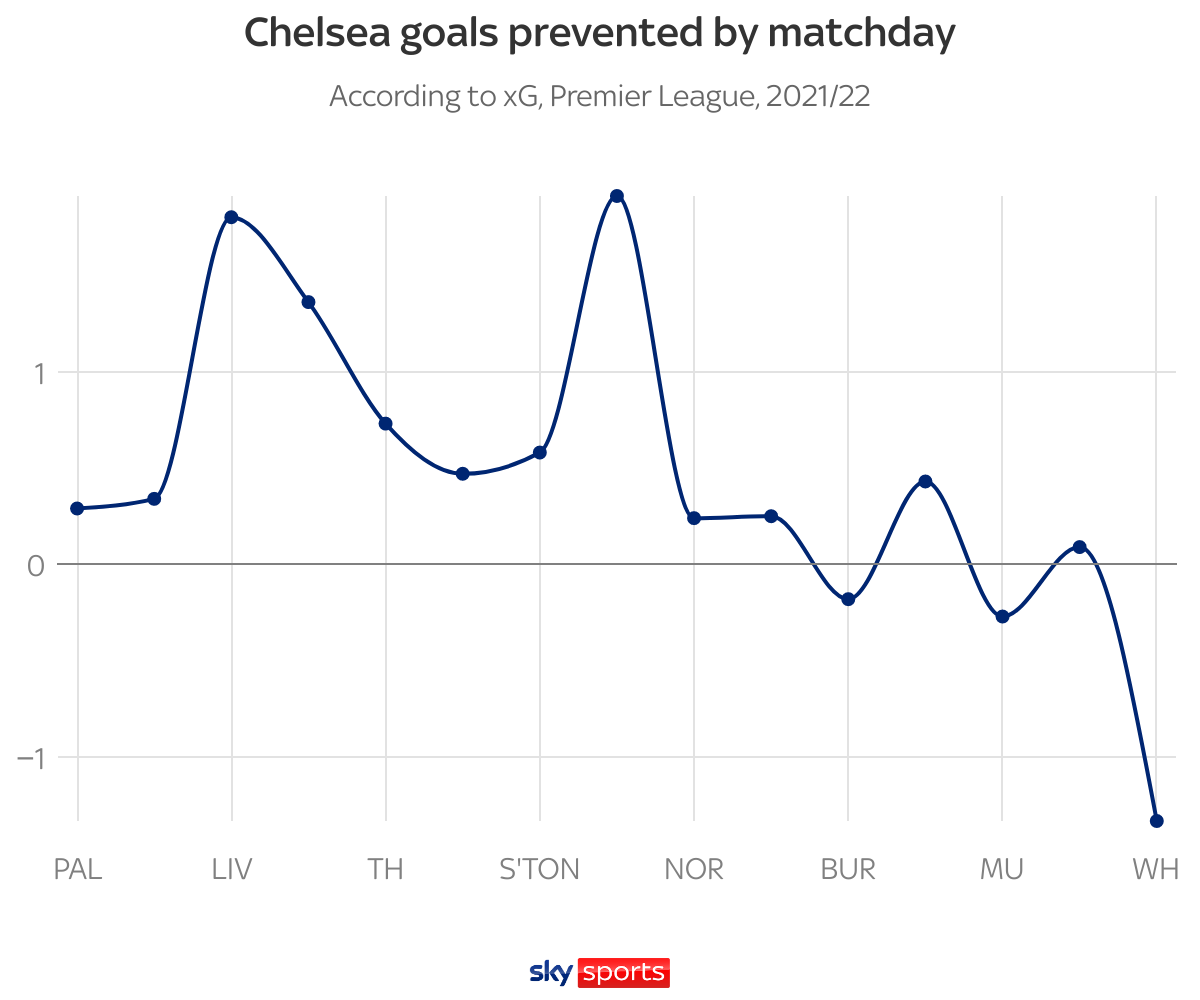 'Chelsea cannot score themselves out of trouble'

"The million-dollar question is how Thomas Tuchel solves the problem of mistakes creeping into a team that have been so reliable for so long.

"It's all about the small margins for Chelsea. We saw at the end of last season they went in Chelsea's favour as Tuchel guided them to the Champions League, they found a way to edge tight games.

"There is always a feeling when watching Chelsea that while their defence is so good, they have not really fired up front consistently. If they do miss a few chances and make a few mistakes at the back, it's a recipe for what we have seen in recent weeks. 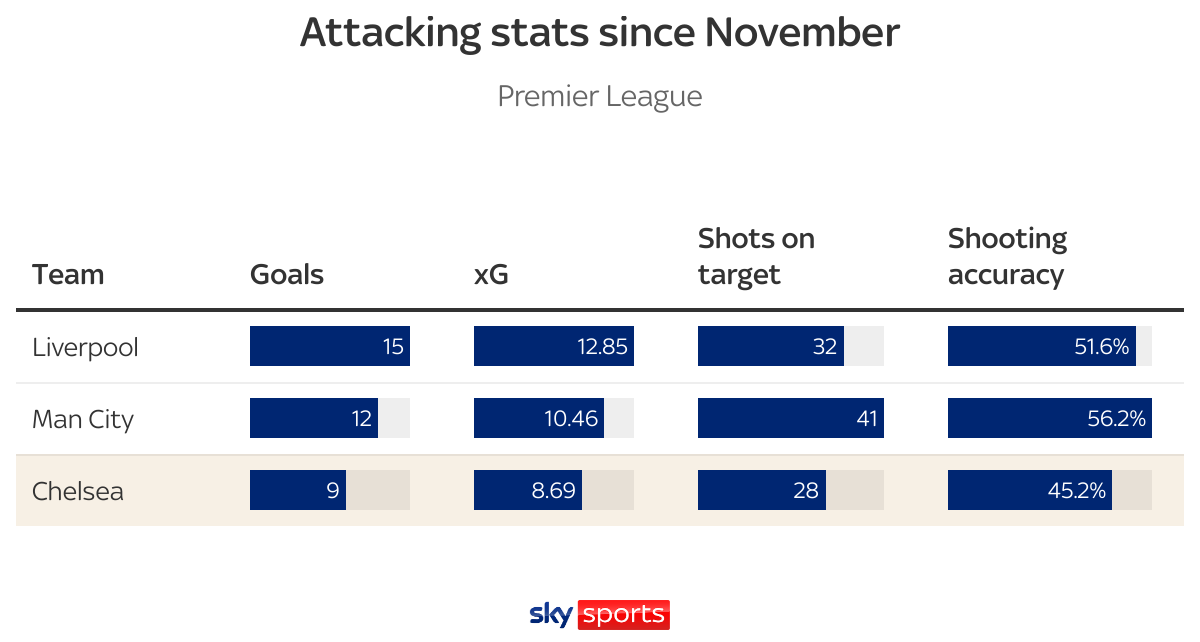 "With Liverpool and Manchester City, you feel they can score themselves out of trouble if they make mistakes at the back, you are just not able to say the same of Chelsea at present. Chelsea are having fewer shots than their rivals - 50 fewer than Liverpool - and their top scorers are Mason Mount on five, Reece James on four, and Romelu Lukaku on three.

"You know what Liverpool's attack is, you know the style Manchester City are going to adopt, but at Chelsea it feels it's changed quite a lot since the start of the season. I don't think Tuchel has figured out that right combination, and that is the difference between Chelsea and their rivals."

Lukaku not the answer after all?

"You would have thought the return of Romelu Lukaku would have made the outlook at Chelsea brighter. Granted, his appearance at West Ham was another on his return from injury, but when Chelsea were looking for a goal at the London Stadium, he didn't help things.

"Chelsea have paid all this money for Lukaku, he was meant to be the answer, I just wonder whether we will be having the same discussion about him when it comes to the big games.

"That's a lot of money, £97.5m, that Chelsea shelled out, they would expect a good goals return - and not just against the lower teams.

"It is, of course, too early to make a definitive judgement on Lukaku but it will be interesting to see the tone of this conversation come May."

'Injuries and mistakes catching up with Chelsea'

"It couldn't have been a worse weekend for Chelsea. In the space of a few hours, they went from top of the Premier League to third. Injuries and mistakes are catching up with Chelsea.

"Jorginho's error gifted Manchester United a point last weekend, and on Sunday, Edouard Mendy was a fault for two of West Ham's goals. You can't afford to make those mistakes in the Premier League, let alone against a team like West Ham in front of what was a special atmosphere at the London Stadium. 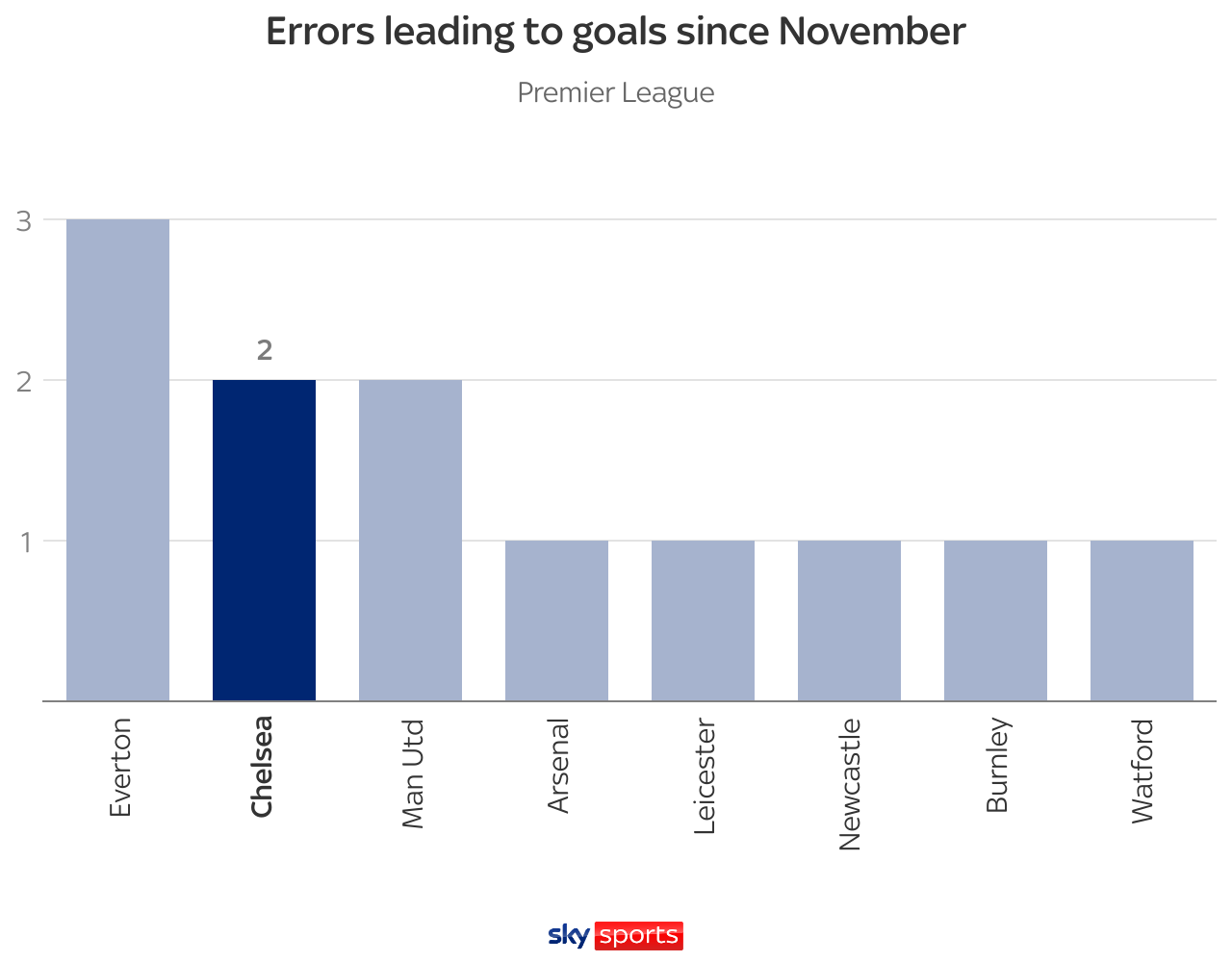 "On the injury front, there's only so long Chelsea can do without N'Golo Kante and Mateo Kovacic in midfield, Romelu Lukaku is nowhere near fit, as we saw when he came on at half-time at West Ham.

"It will be interesting to see how Chelsea cope with being knocked off top spot. They thrived when they were top of the league, applying pressure on City and Liverpool, but now the pressure is on them to ensure they are not the ones made to play catch-up."