Manchester United are looking at midfield options in the transfer market as Paul Pogba's future at Old Trafford is uncertain with six months left on his contract.

Victor Lindelof is undergoing a series of precautionary investigations following his substitution against Norwich with breathing difficulties but Manchester United are confident the problem is not related to the Covid outbreak at the club.

Burnley are in talks with Ben Mee over extending his contract at Turf Moor.

Newcastle United have remained in the relegation zone following the club's Saudi Arabian takeover but they are pushing ahead with attempts to land England full-back Kieran Trippier in January.

Pierre-Emerick Aubameyang has been left in the dark over his Arsenal future after being stripped of the captaincy following a series of disciplinary breaches.

Premier League footballers will undergo a dramatic ramping up of Covid testing from Wednesday with lateral-flow tests to be taken at training grounds before they get out of their cars in a bid to fight the growing outbreak of the virus.

Lewis Hamilton has been warned that Max Verstappen is nowhere near his peak and that the world title the 24-year-old Red Bull driver claimed in hugely controversial circumstances in Abu Dhabi on Sunday "will not be his last".

Bryony Frost's call for racing to clean up its act over bullying has been answered, with the sport's major stakeholders joining forces to tackle abuse following the ordeal she endured in confrontations with fellow jockey Robbie Dunne. 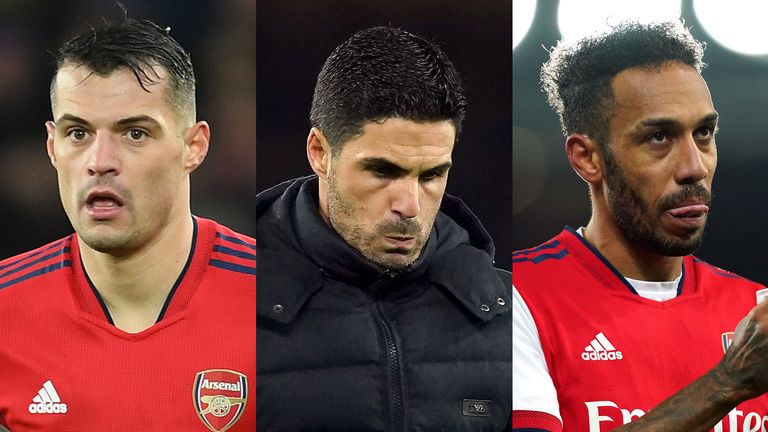 Bath are closing in on the appointment of Johann van Graan as their new head coach for next season.

Wayne Rooney could make a sensational return to Everton if Rafa Benitez is forced out.

Premier League clubs have been cancelling their Christmas parties amid rising Covid-19 cases.

Manchester United are surprise entrants in the race to sign Antonio Rudiger from Chelsea.

Newcastle are reportedly keen on signing Arsenal flop Konstantinos Mavropanos in a bid to bolster their defensive options in January.

Newcastle have appointed Liverpool analyst Mark Leyland to their backroom staff, according to reports.

Clubs across the Premier League are considering whether they can dock players' wages if they are forced to self-isolate because they have not been vaccinated.

Premier League players will be forced to report to club training grounds for PCR tests on Christmas Day as part of a massively increased screening programme designed to save the festive programme from the threat of an Omicron shutdown.

Newcastle and Manchester City are considering legal action against new rules to restrict related-party sponsorship that were approved by the Premier League on Tuesday.

Brentford goalkeeper Matthew Cox has been robbed of a dream professional debut against Manchester United and the opportunity to become the Premier League's second youngest ever goalkeeper due to the Covid outbreak.

Real Madrid are reportedly hopeful of luring Liverpool sporting director Michael Edwards to the Bernabeu when he waves goodbye to Anfield at the end of the season.

EFL club Carlisle United have announced that fans will not need to provide Covid certification to enter their Brunton Park stadium after reducing the capacity to 9,999.

Chelsea owner Roman Abramovich is furious with Real Madrid for going after Antonio Rudiger and could now pull the plug on any potential deal to bring Eden Hazard back to Stamford Bridge, according to reports in Spain.

Kylian Mbappe is free to talk to other clubs from January 1 but Real Madrid are reportedly ready to put negotiations on hold until March as a goodwill gesture to Paris Saint-Germain.

Barcelona could offer a solution to Pierre-Emerick Aubameyang's problems, as the Spanish club are looking for a striker in January, and the Arsenal forward is a player they are considering.

Atletico Madrid are reportedly set to ask Manchester United if they are interested in taking any of their players in exchange for Anthony Martial.

Inter Milan have reportedly made it clear to their Champions League last-16 opponents Liverpool that Lautaro Martinez is not for sale, while warning the Reds that several other European giants are also interested in the Argentine international forward.

Rangers are one of three clubs named as potential destinations for Bologna winger Andreas Skov Olsen in January in an Italian report.

Ange Postecoglou wants Celtic to go all out to land his Japanese targets in time to face Rangers on January 2.