Shaun Maloney: Hibernian will only sell Martin Boyle if the price is right

Martin Boyle is under contract at Easter Road until 2024; Hibs boss Shaun Maloney insists he will not be sold for less than the club's valuation; a bid from Saudi club Al-Faisaly has been rejected; Hibs return to action at Celtic on January 17 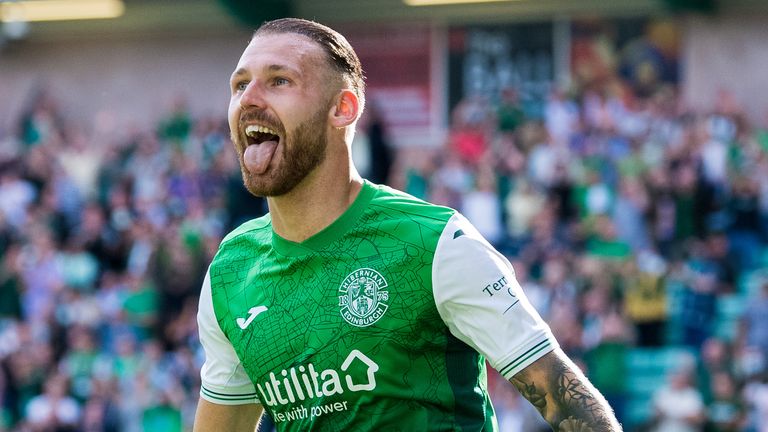 Hibernian manager Shaun Maloney insists winger Martin Boyle will not be sold for any less than the club's valuation. A bid from Saudi club Al-Faisaly has been rejected.

Hibernian manager Shaun Maloney has told Martin Boyle he will only be allowed to leave if the club's valuation is met.

The 28-year-old Australia forward is wanted by Saudi Arabian club Al-Faisaly, who are understood to be willing to hand him a lucrative two-year contract worth in the region of £20,000 per week.

However, Hibs - who value their talisman at £3m - have rejected the Pro League club's offers.

Maloney understands Boyle's desire to capitalise on the life-changing salary that would come with moving to the Middle East but he is adamant it can only be allowed to happen if Hibs receive a bid they are happy with.

"I understand the situation. He has been not just one of our best players, he has been one of the outstanding players in the league," he told Sky Sports.

"I think Martin and I are quite clear there's a certain valuation the club has. Until that is met there is not a situation for us to make a decision"

Hibs have been busy in the January window, adding Ewan Henderson, Elias Melkersen, Rocky Bushiri and Harry Clarke to their squad, along with Chris Mueller, who agreed a pre-contract last summer.

Maloney, who refused to be drawn on reports linking Hibs with Brentford winger Joel Valencia, is hoping to keep any departures to a minimum.

He said: "I'm really happy with what we've done so far.

"I'm very appreciative of the work the owner and the CEO have done to bring in the players as quickly as they have because having this much time training has been a big benefit. I'm really happy with the squad I have."

Maloney also confirmed he is willing to give on-loan Hull forward James Scott a chance to prove himself in the second half of the season.

The 21-year-old fell out of favour under previous boss Jack Ross, but Maloney has been impressed with Scott so far.

He said: "James will stay until the end of the season. I've been really happy with him in training. After what he's shown, the next stage for him is that when he gets match minutes he has to show what he's been doing in training.

"That's not to put pressure on him because I think he's done very well but the next stage for him is to fight to get minutes in a match and show his talent."