Tanguy Ndombele has been linked with a move away from Tottenham; midfielder is reportedly training away from the first-team squad; Jermain Defoe believes club-record signing can get back in Antonio Conte's first team if he applies himself during training 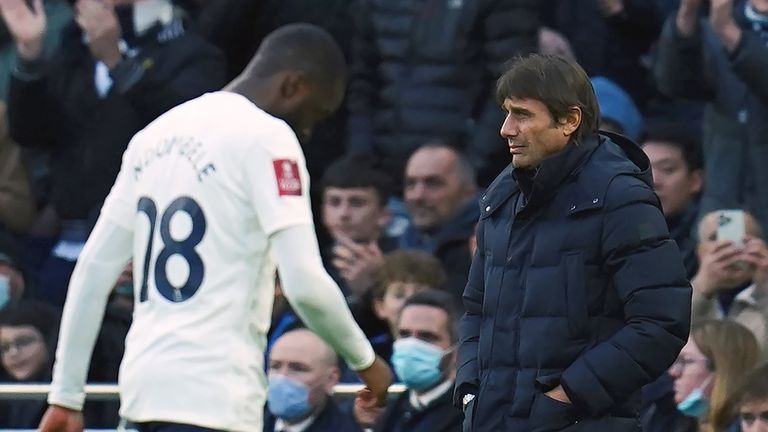 Jermain Defoe believes Tanguy Ndombele can force his way back into Antonio Conte's plans at Tottenham.

Ndombele has been linked with a move away from Tottenham and was booed by his own fans during Sunday's FA Cup win over Morecambe.

The 25-year-old has reportedly this week been training away from the rest of the first-team squad but Defoe believes this could be a positive for the midfielder.

Speaking on the Transfer Show, Defoe said: "Sometimes I think that in a situation like that it's not always negative.

"I think being away from the group, as a player you've got to take it as a positive, because it gives you an opportunity. When you train with the group, sometimes players can train at 60 per cent because you're training with the group and you're getting coached, and you can stand and you can talk.

"When you're training one-on-one with a fitness coach, you're training at 100 per cent because there's short recovery. So if he can approach it in that way, where he thinks 'I need to get up to speed', because it's such a fantastic football club, a top manager, of course you want to get in the team and do well.

"He came for big money, he's getting good wages and at times I've seen him and I've thought, 'I like this player'. His passing, he breaks lines, intelligent play - you see him in games and you can see the potential.

"I think being away from the group is not always a bad thing, it's just about getting up to speed and getting those fitness levels that the manager wants and hopefully he can get himself back in the team."

Spurs boss Conte has yet to make a signing during the January window, but Defoe believes Tottenham's success in the second half of the season could depend on whether the Italian is given the players he wants. Defoe said: "I think he's come out and said that he wants a full-back and another forward, to maybe take that burden off Harry Kane that's been there for many years.

"So in terms of personnel, you can understand that he wants to bring players in now, players that are ready to play, ready to get in the team. If that can happen, then I believe that with him being at the club then he can bring us forward, for sure." 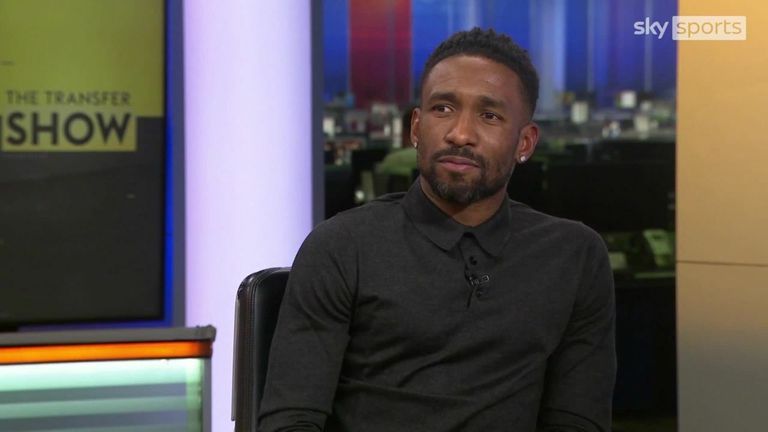