"There will be a rebuild for sure," interim boss Ralf Rangnick told Sky Sports after Man Utd's 4-0 loss to Liverpool on Tuesday; Erik ten Hag will oversee the overhaul having been appointed on Thursday, but as a summer exodus looms, which players could leave Old Trafford?

By Melissa Reddy and Lyall Thomas

Ralf Rangnick said Manchester United need to sign as many as 10 new players after their 4-0 thrashing by Liverpool on Tuesday night, but which players could leave in their rebuild?

Sky Sports News understands United will prioritise a new centre-back, two central midfielders, a winger and a striker this summer, while also examining their full-back and goalkeeping options.

But in order to strengthen their squad under their next manager - Ajax boss Erik Ten Hag - the club must first make room by clearing the decks.

Here, we take a look at the players facing uncertain futures at Old Trafford, from those who are approaching the ends of their contracts, to those who simply don't seem to fit in any longer. 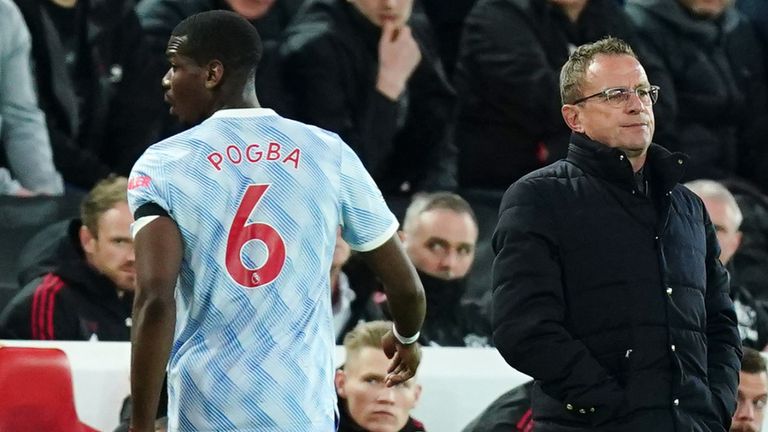 Gary Neville claims that Manchester United are a 'broken' club with issues from top to bottom, including poor ownership, an outdated stadium and a second-rate training ground

Pogba has not been offered new terms by United since last summer.

In March, Sky Sports News reported that Real Madrid, Paris Saint-Germain and Juventus were all in talks with his representatives, as well as two Premier League clubs.

He came off with a knock in the early stages of Tuesday's game against Liverpool and Sky Sports pundit Gary Neville questioned whether it was the last time we would see Pogba in a United shirt.

His future at Old Trafford has been uncertain for several seasons.

He spent the second half of last term on loan at West Ham and they wanted to sign him permanently last summer. He stayed but has again failed to cement a first-team place. He was also a target for Newcastle in January.

He is expected to leave this summer, with Tottenham one of a number of clubs who have been monitoring his situation. On Tuesday night, Roy Keane said he should have left two years ago.

The 33-year-old Spaniard looks set to end an eight-year spell at Old Trafford having been on the periphery of the first team all season. Mata has made only seven appearances in all competitions this term. There are no options left in his contract and no talks about a renewal.

Reports in Spain claim he is not ready to retire and could return to play in La Liga.

Matic has already confirmed publicly he will not take up the option he has in his contract of a further year, and will leave the club on a free at the end of the campaign.

The Sky Sports punditry team questioned why he announced this before the end of the season with the team still fighting to finish fourth.

The 35-year-old agreed to ignore interest from his native South America and sign another one-year deal last summer but has not featured regularly, making just 12 Premier League appearances and struggling with injuries.

He reportedly fancies a move to Spain this summer.

English goalkeeper who has made up the homegrown quota and provided extra cover in goal, but has not played this season and is expected to find a new club.

De Gea, who has an option for an additional year in his contract ending in 2023, recently said he does not see himself away from Manchester United but he has flirted with a return to Madrid in the past, both to his former club Atletico and their rivals Real.

FREE TO WATCH: Highlights from Liverpool’s win over Manchester United

His wife is a successful television presenter there and is believed to spend most of her time in the city.

He has remained one of United's better players this season but Ten Hag likes a 'keeper who can build from the back in the same way Ederson and Alisson do for City and Liverpool.

Does De Gea fit that mould? Regardless, he would be hard to replace.

In January, Ronaldo's representatives were quick to shut down reports he was unhappy at United and already considering leaving in the summer, less than a year since his return to the club.

He has been stellar when he has played, scoring match-winning hat-tricks against Tottenham and Norwich in recent months, and he will want to see his team-mates match his incredibly high standards between now and the end of the season.

He will have no shortage of lucrative options should he indicate he is ready to go this summer. His contract ends in 2023 but he has an option to extend it by another year.

Rashford has struggled to find his best form again this season under both Ole Gunnar Solskjaer and Rangnick, and it seems he has been impacted by the arrivals of Ronaldo and Jadon Sancho in two of the positions in which he thrives.

He is young and dynamic enough that he should be one Ten Hag will want to have a close look at. But recent reports claim Rashford is considering his future at Old Trafford. Should he stay, the club have an option to extend his contract by a year.

Shaw, another player whose contract includes a one-year extension option for the club, is reportedly happy at United and willing to extend his deal further. 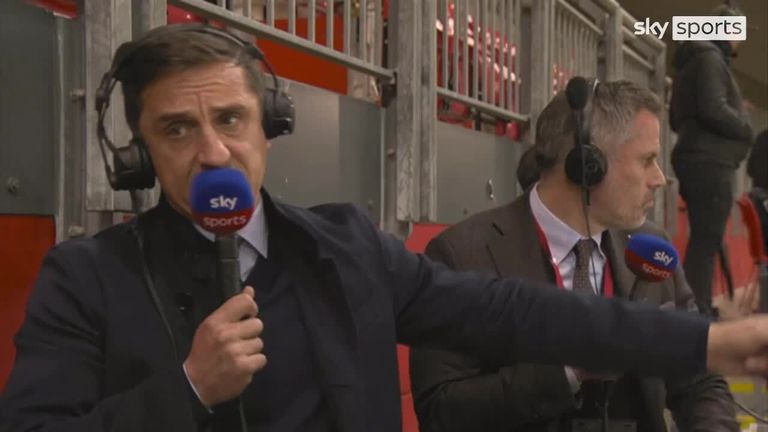 However, like most of the squad, his form has been sporadic this season and Rangnick has appeared to prefer Alex Telles or Diogo Dalot at left-back.

Shaw has been injured recently and will almost certainly be another player Ten Hag will want to assess first before making any decisions on his future.

One of United's priorities this summer is to sign at least one new central midfielder, given Pogba and Matic are set to leave.

What these new additions will mean for Fred remains to be seen, but he has been one of the better performers when he has played this season. His energetic style ought to fit with Ten Hag's philosophy and there is a one-year extension option in his contract.

Surprised everybody when he signed a new contract until 2023 in 2019, which also contains an option until 2024.

He has made only three appearances this season and looked far short of a level required in Tuesday's thrashing by Liverpool.

It is very hard to see how he would fit into Ten Hag's plans. Signing a new centre-back is definitely on the cards for United this summer.

Heaton was brought in to add further cover in goal and has an option to extend his time at Old Trafford, but United are expected to be in the market for another goalkeeper this summer, meaning his future is up in the air.

He has made only one first-team appearance.

Dalot's situation at United has been up and down since he arrived under Jose Mourinho.

He was on loan at AC Milan last season and did exceptionally well, and was expected to head there permanently. 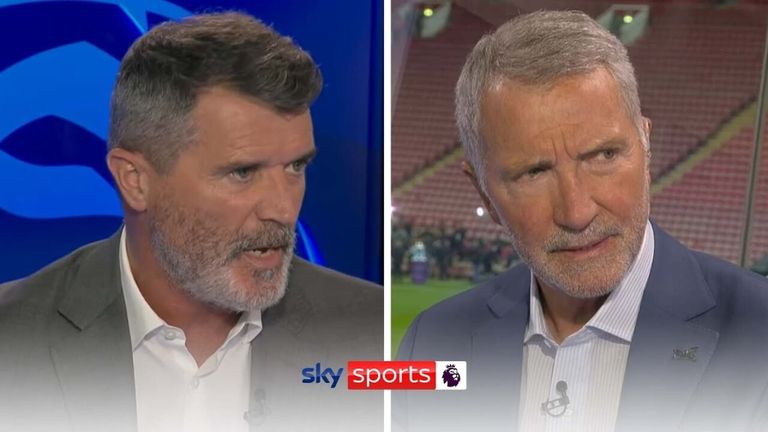 Instead, he stayed and had a good start to the campaign but dropped off again before another minor resurgence under Rangnick.

Nevertheless, with just a year left on his deal, it might be time to cash in on the Portugal international and sign a right-back fully in the Ten Hag mould.

The England goalkeeper has been frustrated with his lack of opportunities at United for several seasons, especially after thriving during two loan spells at Sheffield United.

He is of interest to a string of other Premier League clubs where he could expect to be in line for the No.1 shirt, so he is expected to push again for an exit this summer.

Bailly has made only seven appearances this season, despite signing a new contract until 2025 (if its option is taken into account) last year.

United want to sign another new centre-back this summer, despite signing Raphaël Varane from Real Madrid last year, which would push Bailly even further down the pecking order.

Martial is currently on loan at Sevilla having fallen out of favour under both Ole Gunnar Solskjaer and Ralf Rangnick this season.

Sky Sports News exclusively revealed in December that he wanted to join the Spanish club in January to get more first-team games.

It remains to be seen whether Sevilla want to keep him permanently, but there were other clubs also interested in signing him and his future at Old Trafford looks far from certain.

The young left-back, who has been fourth in the pecking order behind Shaw, Telles and Dalot, has been on loan with relegation-battlers Norwich City this season.

For his development, he will need to continue playing regular games next season which - at United - is unlikely.