Jose Mourinho speaks exclusively to Sky Sports about Manchester United, his relationship with Henrikh Mkhitaryan and improving Chris Smalling, plans for his second year at Roma and his future following links with Newcastle.

Roma will face Feyenoord in the Europa Conference League showpiece on May 25 after knocking out Leicester in the semi-final. Roma have not won a European competition for 50 years, since beating Blackpool in the 1972 Anglo-Italian Cup but Mourinho will now look to complete the set after his past Champions League and Europa League victories.

While out in Italy covering the Europa League action, Sky Sports' Gary Cotterill spent some time with Mourinho and discussed a range of subjects...

"We [Mkhitaryan] won together three titles [Community Shield, League Cup, Europa League] at Man United, unfortunately the last three titles of Man United. I say 'unfortunately' because, yes, I like the club very, very much and I wish the club the best.

"We won three titles together so everything went well. In the second season, we were together was a little bit different. The thing that makes me really happy was because in the beginning people try to go on a negative and say, 'Miki with Jose has no chance, Jose is the kind of guy when things go wrong never go well again', it was proven exactly the opposite. We were very mature, honest with each other at that time even with Mino (Raiola), rest in peace Mino, the discussion was very good.

"I try always to be very honest with the players. I saw my project in Rome needing a player like Miki, I also understand the importance of Miki in the group and he's having an amazing season. 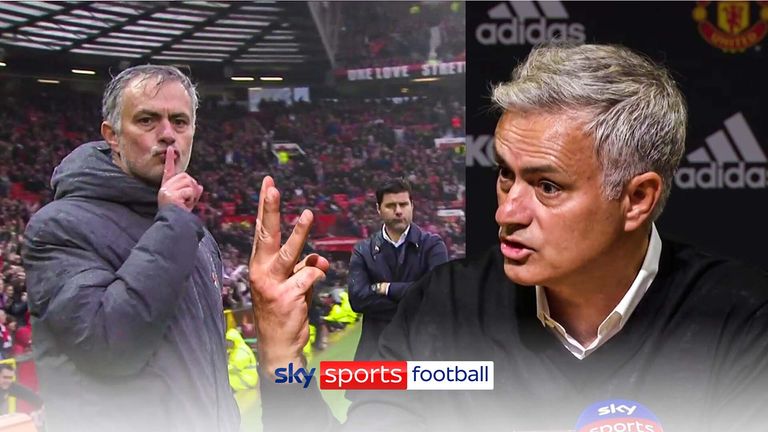 "He's helping us cope with all the problems that we face as a small squad. Miki has been playing everywhere, a winger, as a 10, then we had injuries and Covid situations and he became a central midfielder which he's never been in his life.

"I am so happy with Miki and I'm happy with people understanding with me not everything is black or white. It's possible that a player comes with a different relationship than it was in the past."

"With Chris (Smalling) it's about finding a balance on his body that allows him to be playing regularly. He's experienced, his know-how and his qualities as a defender as there. Also tactically in relation to the system the team plays and the defensive organisation.

"Chris is doing very well this season, playing at a level that makes me really happy about him because he is a fantastic player. He's recognised in Italy as 'Smalldini', half Smalling, half (Paolo) Maldini. He's doing amazing for us."

Jose on the second year of the Roma 'project'... Roma head coach Jose Mourinho says he will not be leaving the club in the summer as he is not looking for a change, despite speculation having linked him with a possible move to Newcastle

"We want to try and get into Champions League but when you look a the level of investment at Inter, AC Milan and Juventus, you realise three of these spots should be closed. There is a fourth spot, last season it was Atalanta, this season it's Napoli, can we get there next season? I think we can.

"In this second part of the season, after the January market, we did small [changes] enough to improve the squad. I'm not as lucky as some coaches who can buy what they want. By doing things with a criteria we can improve things. Next season after this year of work and evolution at every level I think we have a chance and that's the next target for next season."

Could Nemanja Matic link up with Jose for a third time?

"I never like to speak about players, I don't think it's good for me, the club, the players. Everybody knows my relationship with Nemanja, he's one of the guys with my trust. We won together, we fought together in United too.

"He's a fantastic player but that's the kind of answer that is not good for me or for the player."

'Next season I am here'

"In this moment, everything is very calm because I have two more years of contract. The club didn't approach me to try to extend so they don't put me in a situation of accept or don't accept. Everything is calm, stable and that is the way it has to be.

"I have to finish the season as best we can and 100 per cent start next season because I am not looking for a change, my people know that. I couldn't leave the club in my second season, I couldn't do that to the club. So next season I am here.

"I learnt what Newcastle is and how to like the club very much through Sir Bobby's eyes and heart. I'm very happy that they found their stability. Eddie (Howe) is doing good work, the club gave the tools for a change in the January market and I wish them the best."