Brendan Rodgers has confirmed that Steven Gerrard has been offered a new contract by Liverpool.

The former England captain's current deal expires at the end of the season and he would be able to sign a pre-contract agreement with another club from January should he decide to end his time at Anfield.

Rodgers said Gerrard will be given all the time he needs to decide on his next move, but believes the 34-year-old's decision will not be financially motivated. 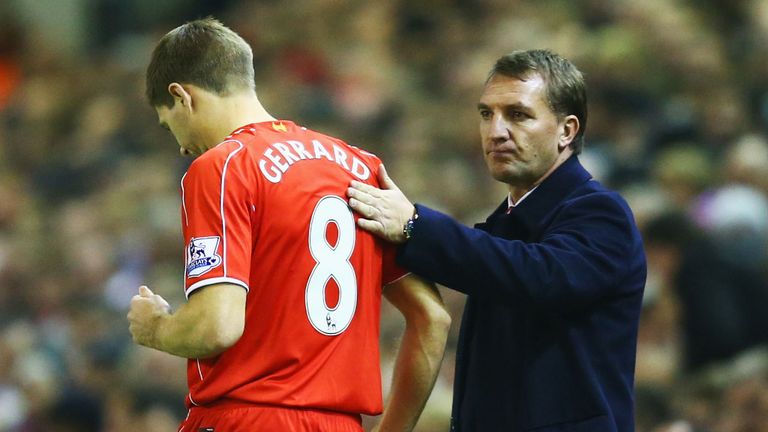 For everything that he's done in the 16 years here, he's a man that deserves the utmost respect and should be given that time to consider it.

"For Steven, for everything he's done in the 16 years here, he's a man that deserves the utmost respect and should be given that time to consider it, because it's a big move," said the Liverpool manager.

"There are probably many things that Steven will have to think about in a decision like this, but it certainly won't be money. I've spoken to him often and at length and that won't be the case."

Gerrard began Saturday's 1-0 win over Stoke on the substitutes' bench - a game which marked 16 years to the day since his debut for the club - but Rodgers denied he had fallen out with his club captain.

"One thing is clear, I love working with Steven Gerrard, he's arguably the best player who's ever played in the Premier League. I've enjoyed every single minute of working with him here and I hope that continues, but I need to give him the opportunity to think as long as it takes in order to decide what he wants to do next.

"I saw some things on Sunday which were unfortunate in terms of a rift between him and I, but if there were two words I would use to describe our relationship it would be honesty and respect.

"He's been an outstanding player. It's not so much the number of games he plays now, it's the level of the game and that's something that I'll work with him and look at."