Luke Shaw: Joining Man Utd from Southampton has been tough

Luke Shaw admits it has been difficult adjusting to life as a Manchester United player and says he is eager to push on after making his first start in almost six weeks against Chelsea.

Shaw moved to Old Trafford in a £30m deal last summer but has found himself in and out of the side after manager Louis van Gaal publicly criticised his fitness levels in pre-season.

But Shaw put in a solid performance in the 1-0 defeat against Chelsea on Saturday and hopes he can use the display at Stamford Bridge as a platform to launch his United career.

"I am still young and coming to the biggest club in the world hasn't been easy for me,” Shaw said.

"I haven't been playing and there has been a lot of negative comments about me. It is something that isn't nice and I've tried to ignore it, but hopefully the Chelsea game is the start of me coming back.

"I am positive. It was my first performance for six weeks, so it was great to be back on the pitch."

Shaw said he had no qualms about the criticism he received from Van Gaal regarding his fitness early in the season.

But the 19-year-old admits he took exception to suggestions he was withdrawn at half-time during last month’s FA Cup tie with Arsenal due to his poor physical state, adding he is enjoying working with the Dutchman. 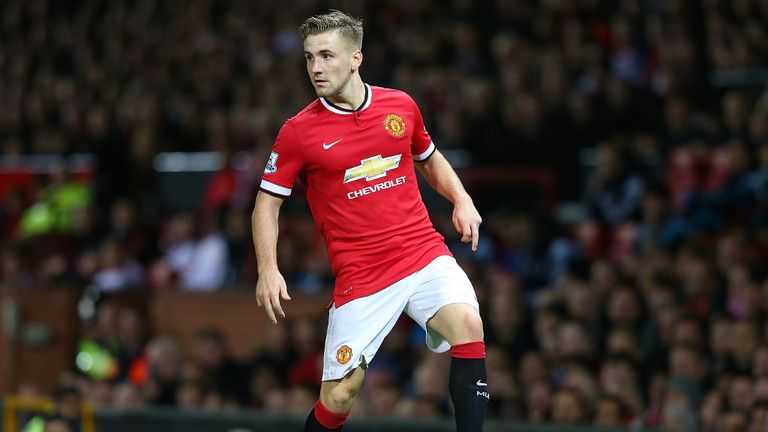 I am still young and coming to the biggest club in the world hasn't been easy for me.

"I saw a comment the other day saying I was taken off at half-time against Arsenal because I wasn't fit enough, but that's not true at all,” he said.

“This is coming from me and I know what the manager took me off for and it was not for my fitness because I could have carried on in the game.

"I spoke with the manager about it. I felt my back a little bit and he just wanted to be careful because I am young and hopefully have a long future ahead of me.

"Over the last three weeks, I have learned a lot from him and credit goes to him for trusting me in a big game like this one. He has two sides to him, but he is genuinely a really nice guy and a great manager."