Manchester City will not win the Champions League or Premier League with Claudio Bravo in goal, according to Jamie Carragher.

Bravo moved to the Etihad Stadium from Barcelona in the summer for £17.1m after Pep Guardiola axed Joe Hart, with the Chilean’s better footwork the reason for the Spanish manager’s decision.

However, it’s the 33-year-old’s shot-stopping that has been called into question with Bravo conceding 14 goals from 22 shots on target since City’s defeat to Chelsea on December 22.

And Carragher thinks that’s nowhere near good enough for a goalkeeper at a top Premier League club, saying City need to start searching for a new goalkeeper if they want to win major silverware.

“The opposition have one and score because one, they’re big chances and two, the goalkeeper’s nowhere near good enough.

“Guardiola’s been very ruthless with Joe Hart and I admire for it in some ways,” the former Liverpool defender added.

“I don’t think it was the right decision but I admire a manager when they are decisive and make a big decision.

“He’s now got to make another ruthless decision with Bravo. 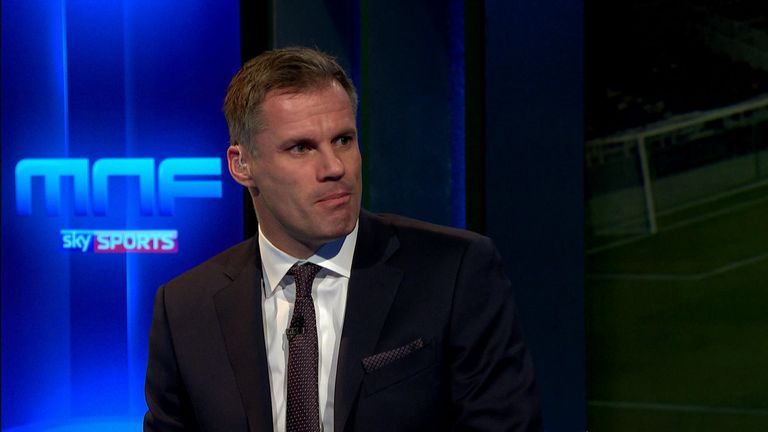 If Pep Guardiola wants to win the Champions league or the Premier League, which is why he’s been brought in, you won’t win it with that goalkeeper.

“Him and the club have now got to be looking for another goalkeeper for next season or they bring Joe Hart back because if Pep Guardiola wants to win the Champions league or the Premier League, which is why he’s been brought in, you won’t win it with that goalkeeper.”

Thierry Henry, who was a guest on Monday Night Football Special, thinks City have a good goalkeeper already on their books, saying it could be the right time for Guardiola to give Hart a chance.

“Guardiola can be ruthless,” Henry said. “He got rid of Samuel Eto’o, Zlatan Ibrahimovic and Joe Hart.

“When he has something in his mind, it’s very difficult for him to change that.

"However, we are talking about a goalkeeper and they had one in Joe Hart. Maybe he can come back and have a chance under Guardiola. Who knows?

When asked if Guardiola can admit to his mistakes, Henry said: "I haven’t seen that yet but I hope for Joe Hart he can. They have a good goalkeeper and maybe it's the right time for him to come back and see what he can do under Pep."