Kylian Mbappe will remain a Paris Saint-Germain player after the January transfer window; Mbappe remains unhappy at the club as a result of last summer's transfer strategy, his relationship with Neymar and where he is being asked to play by head coach Christophe Galtier

Paris Saint-Germain are adamant that there is "zero chance" of Kylian Mbappe leaving in January and have denied reports they created fake social media accounts to attack the forward.

The club responded to the claims by saying: "Paris Saint-Germain completely and totally denies the claims of Mediapart.

PSG is a global brand and engages with social media agencies all around the world all the time - local and international - to promote and celebrate the great work of the Club, its people and partners - like every business.

"The club has never contracted with an agency to undermine any person or institution."

A senior source at the club added: "Do you really think we hired an agency to attack our own players? Above all Mbappe?

"We have spent the entirety of his career charming him and encouraging him to stay, including most recently getting President Macron involved. But at the same time we have been trolling him? It's a joke.

"If there was an agency that was doing things of its own accord, then that's for them to answer and we will investigate - but absolutely nothing has been done at the direction of the club."

A source close to the player told Sky Sports News: "He wants to leave every week," when asked if his desire is for a January exit.

Asked how this will play out, the source added: "They will probably kiss and make up, but this will keep flaring up again and again".

Reports in Spanish media on Tuesday claimed that Mbappe was going to a bullfight in Madrid today. But, according to his social media, Mbappe will be at a charity event in Nimes this afternoon.

PSG sources believe the stories about Mbappe are coming out of Spain and are intended to destabilise PSG. They claim the reports are "utter nonsense" and "complete rubbish".

Mbappe is unhappy that he's playing through the middle, while his relationship with Neymar is not great and he's disappointed with the club's transfer strategy.

Why is Mbappe unhappy at PSG? 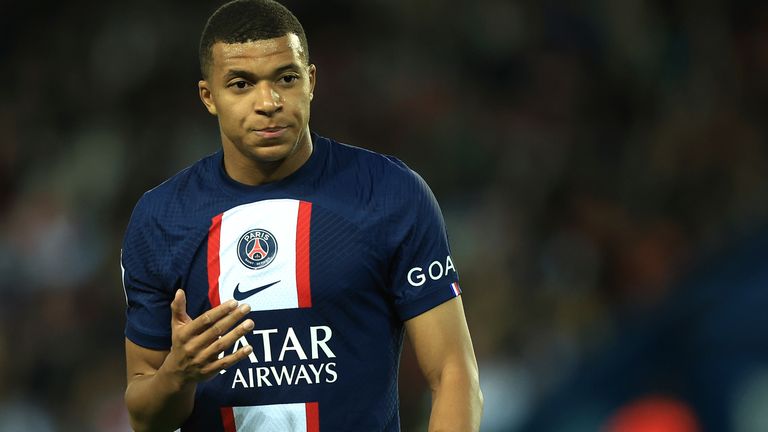 Sky Sports News chief reporter Kaveh Solhekol reveals why Kylian Mbappe is unhappy at Paris Saint-Germain and gives the club's stance on it.

"Also, his relationship with Neymar is not great. There have historically been problems between the two players and he's also unhappy with PSG's transfer strategy in the summer.

"He changed his mind and signed a new contract at PSG, but promises were made to him about the strategy of the club and he feels those promises weren't kept. So there are quite a few reasons why he's unhappy."

Where could Mbappe go if he leaves PSG? 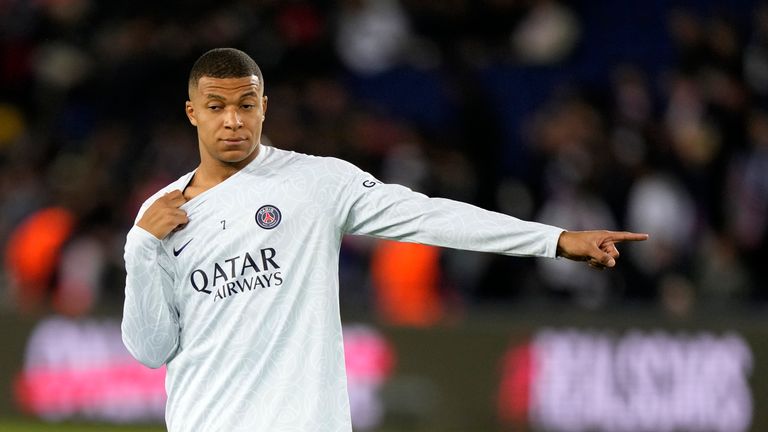 European football expert Kevin Hatchard gives greater insight into why Kylian Mbappe might be unhappy at PSG and where he could go next.

"I think there's an element of posturing here to be honest. PSG were desperate for him to sign a new contract in the summer and he felt he was going to have a lot of influence and there was the feeling that he had a shopping list of what he wanted.

"Part of it was that he thought Neymar was going to leave the club in the summer and the opposite has happened: he's playing well and scoring and making goals alongside Lionel Messi. They had that link at Barcelona. Mbappe is playing centre-forward and that's not what he wanted to do.

"There was a message on social media recently - #pivotgang - which implies he wants a centre-forward to play off instead of being the number nine. He's not happy about that and some of the transfer business.

"But realistically - where is he going to go? He shut the door on Real Madrid in the summer, I think they were quite wounded by that and it would be a climb down for Real to then go and spend £200m on a player they could have got for free a few months ago.

"There are clubs who have the numbers. A club like Newcastle, for example, would be desperate to try and make a statement signing but even they are not free and easy on what they can do in the market.

"It's a difficult situation for him because there are very few clubs who could put across the package that PSG would want and then he personally would want. There's a lot of talk about Liverpool - are they going to commit that amount of money, as amazing as Mbappe is? That would be a major shift from what the club has done before."