Who is Marko Grujic? We profile Liverpool signing

Liverpool have signed Marko Grujic from Red Star Belgrade - but who is he?

The Serbia U21 international has been compared to several of the world's best midfielders, including Steven Gerrard and Paul Pogba.

Here's all you need to know about the player - Jurgen Klopp's first Liverpool signing...

Grujic spent eight years coming through the ranks at Red Star's academy and was handed his first-team debut aged 17 in May 2013 by former Portugal international Ricardo Sa Pinto.

After spending 2014 on loan in the Serbian second division with Kolubara, Grujic became a regular in Red Star's line-up in the 2014/15 campaign, and this season has five goals to his name in 21 appearances.

Grujic - a Serbia international at all age groups from U16s to U21s - is best known back home for being a member of his country's victorious U20 World Cup team that beat Brazil in June's final in Auckland. 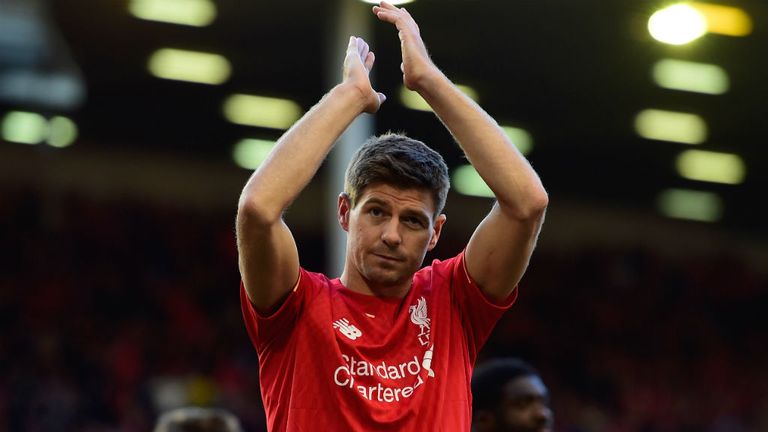 If I had to compare Marko Grujic to anyone in terms of style of playing, I'd compare him to Steven Gerrard.

Strengths and style of play

Tall, rangy, comfortable on the ball and with a good range of passing, Grujic has been dubbed the 'new Matic' back in his homeland because of his likeness in both appearance and position to Chelsea defensive midfielder Nemanja Matic.

However, the 19-year-old has the skills and shooting ability to be utilised further forward, as he has been at times this season.

It is that adaptability which has made Grujic one of Europe's most sought-after teenagers and Serbia-based journalist Vlastimir Stevanovic says of the player: "If I had to compare Marko Grujic to anyone in terms of style of playing, I'd compare him to Steven Gerrard.

"He can play offensively, but he would also be great at playing a deeper role, much like [Paul] Pogba, which is actually how he plays at Red Star.

"He is very tall and strong so he's great at aerial duels. He has excellent vision, a great passing game and he possesses great game intelligence."

But Zeljko Paunovic, who coached Serbia U20s to World Cup glory in New Zealand earlier this year, believes Grujic is actually more effective when played either as a winger or in the No 10 role.

"He is a good lad with great mentality," he said. "He's not a born leader, but he's not afraid to play big games.

"I think he is much more than a regular playmaker or attacking midfielder. He would be better suited as a winger or behind the striker.

"I think that he should play on the flanks and closer to goal."

Grujic is the son of a Belgrade football journalist.

"I would like to go and play in England. I love the atmosphere in the stadium, and how the fans are close to the pitch, and how that energy transfers to the players," Grujic told a Belgrade journalist in October.

"He is very highly rated, with some people calling him the greatest talent to come out of Red Star Belgrade since Dejan Stankovic," according to journalist Stevanovic.