Paul Merson gives his verdict on Jurgen Klopp's vow to play "the kids" in the FA Cup, while he admits his fears for Manchester United's Ole Gunnar Solskjaer.

Can I understand where Jurgen Klopp is coming from?

You've got to rest players; you're going for the Premier League - a first league title in 30 years. No disrespect to Shrewsbury but that Liverpool team should have been good enough to beat them.

They started well and faded, which probably shows you the inexperience and the difference between U23 and men's football.

I don't know whether Klopp has booked something with his family or whether he's got the hump and is having a go at the scheduling but why didn't anyone think of this in terms of the planning?

I managed in the lower leagues at Walsall. It was hard. I know these Liverpool lads are winning but it's 24/7 - you don't switch off. There aren't enough hours in the day for a manager.

Jurgen Klopp's thinking about winning the league. He'll think of himself and his team. If he needs a rest, he'll have a rest.

Ask the fans at Anfield and the millions of supporters around the world - whatever Klopp says will go. If he doesn't go (to the replay), I'd like to think he'd sit down with the young kids and explain.

I think he'll stick with what he said. He's got to bring the Premier League home - even though they don't look like losing a game, I do think he needs a rest. I can understand people debating it but I don't understand why he can't have a break.

Whatever he does, the Liverpool fans will be behind him.

Is a winter break needed? A longer winter break is. It's one weekend off. If you give the players, say, three weeks off, they can go somewhere like La Manga for a mini pre-season.

"Whoever is the lowest seeded team, they should be automatically drawn against the top teams away" 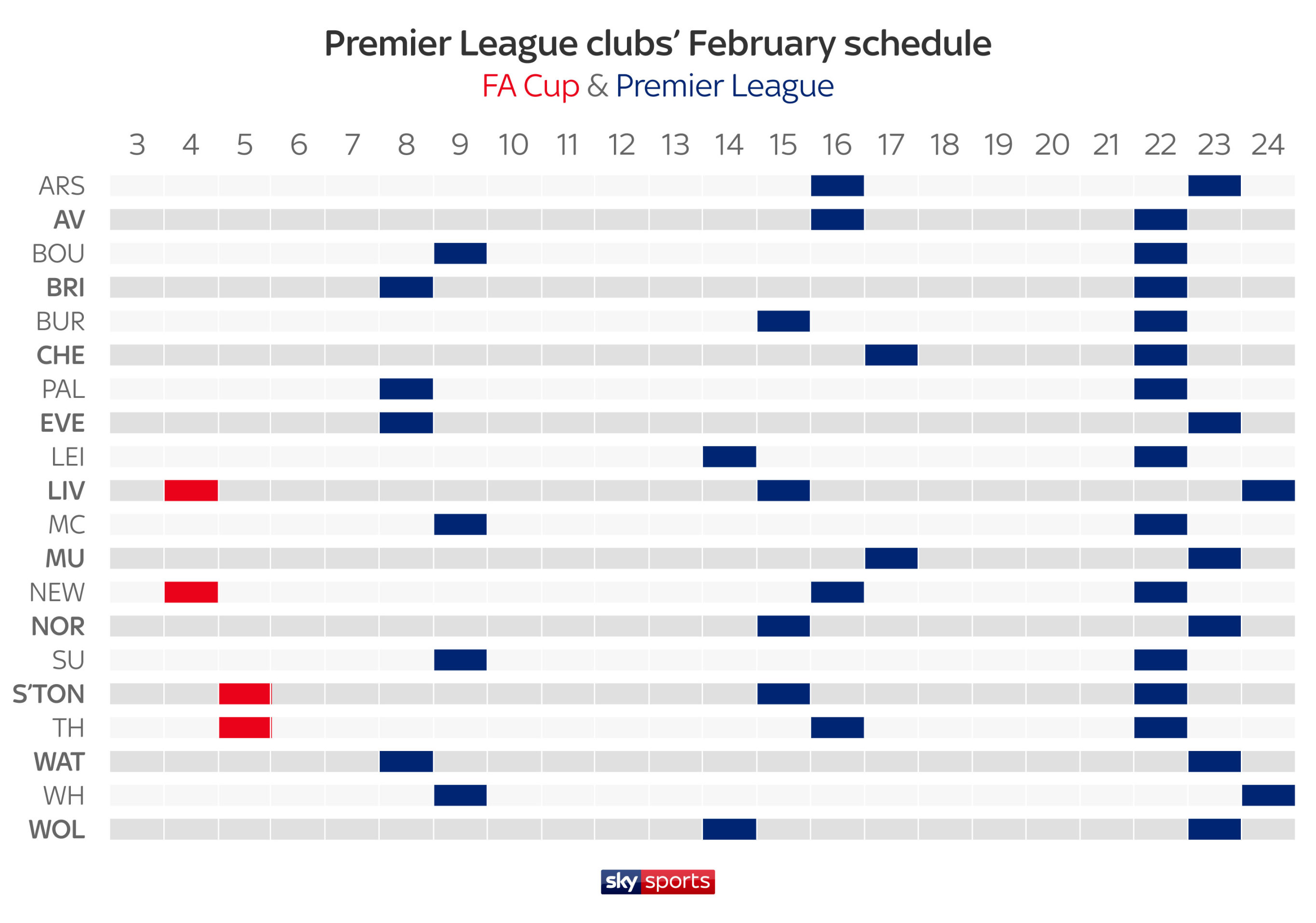 I worry for Solskjaer

Every fixture is a big one when you're Manchester United - but especially in the position they're in.

It was a massive pressure game against Tranmere. Of course they're expected to beat them but you just never know. They did a professional job. Fair play, lads.

Now they go to one of the best club teams in the world and if it goes wrong, they could be on the end of four or five. Man City did them a favour in the first leg. They're the only team I know who, when they've got you down, they keep you down.

I worry for Solskjaer. I think he's a sitting duck. I say that because I'm thinking about the Bruno Fernandes deal and what the people upstairs might be thinking.

I think he does tick the boxes. They need an attacking midfielder, a forward, a defender... I'm not being disrespectful but they need quite a few players! They certainly haven't got the player to put the ball through the eye of a needle.

But will Solskjaer be there next season? It's a difficult one.

They need to strengthen in all areas. They're a million miles behind. I watched them against Burnley and I felt uncomfortable. This is Manchester United. The fear factor is gone.

I look at them when they play Liverpool and, now Marcus Rashford is injured, who would get into the opposition team? I'd give Harry Maguire half a chance to get into the Liverpool squad. Sorry, but I couldn't make a case for anyone else.

No Eriksen, no top four for Tottenham

I'm quite shocked. For Tottenham to sell Christian Eriksen for £17m... that's a cup of tea in the football world in this day and age!

Tottenham need to get into the top four. They're in a new stadium, they've brought Jose Mourinho in... I'd be shocked if they were able to replace Eriksen in four days and if they don't replace him, I don't see them getting in.

I know he hasn't been pulling up trees - and I know he's had a bit of stick recently from the fans - but they haven't got anyone better. If I was Jose, I would have been saying, sort yourself out and stay.