Report and highlights as Norwich City make it back-to-back Championship wins with a 2-0 victory over Millwall at Carrow Road; Josh Sargent scores two clinical second-half goals to give Canaries the win; Dean Smith's side go above Millwall into fifth place 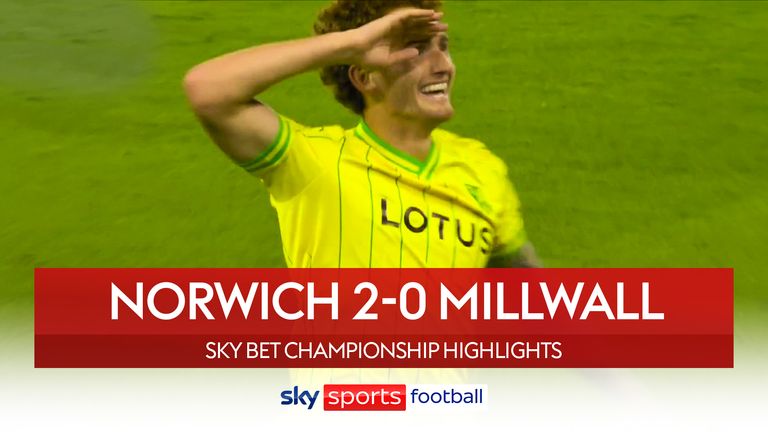 Josh Sargent scored twice to give Norwich a 2-0 home victory over Millwall to make it back-to-back Championship wins for the Canaries.

The American striker struck two second-half goals to give the promotion favourites a second win in just four days after Dean Smith's side earned their first league win of the season on Tuesday night over Huddersfield.

Sargent scored his first just five minutes after the interval as he fired past Millwall goalkeeper Bartosz Bialkowski after a neat one-two with Danel Sinani.

The 22-year-old added a second in the 75th minute as he calmly slotted past Bialkowski, although Millwall boss Gary Rowett was unhappy with the goal as he believed Sargent had fouled Scott Malone in the build-up. Josh Sargent fires in the opening goal at Carrow Road

The away side barely troubled Norwich goalkeeper Tim Krul, but the Dutchman had to be alert to tip substitute Andreas Voglsammer's long distance strike onto the bar in the 82nd minute.

Norwich's win lifts them above Millwall into fifth place, with both sides two points behind leaders Blackburn Rovers.

How Norwich made it back-to-back wins

The home side were the better team in the first half, although they failed to have a shot on target with a distinct lack of goalmouth excitement.

But the hosts were quick to up their tempo after the break and were rewarded in the 50th minute when Sargent played an exquisite give and go with Sinani just inside the box and lashed the ball past Bialkowski to break the deadlock in emphatic fashion. 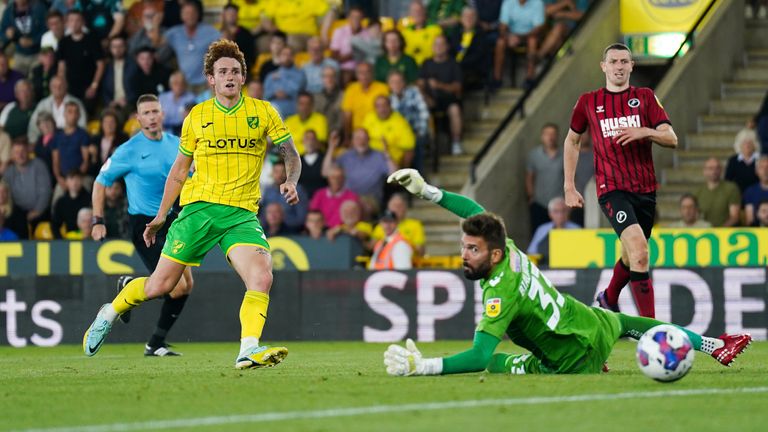 Josh Sargent scores his second goal of the game

Marcelino Nunez then curled a free-kick narrowly wide after Sargent had been upended just outside the box, before the lively striker charged down an attempted clearance from Bialkowski and almost tucked away the loose ball.

Millwall weathered the storm and fought hard for an equaliser, but were largely kept at arm's length by a compact Norwich side who deservedly doubled their advantage 15 minutes from time. 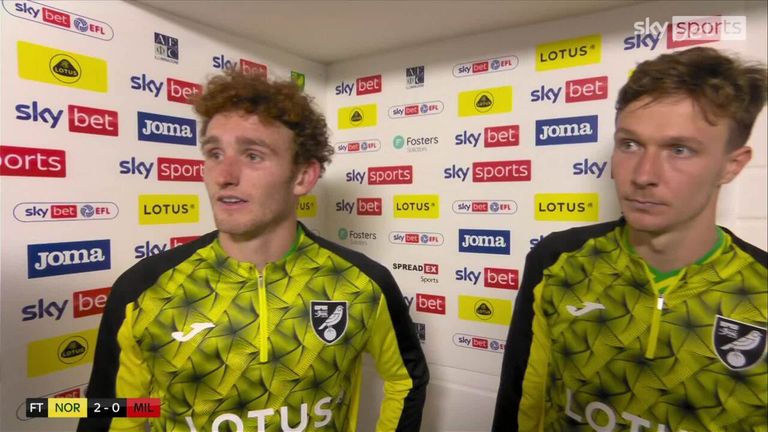 Again it was Sargent who did the damage, this time from a swift breakaway as he fought off two Millwall players to release Kieran Dowell, who calmly slid in his in-form colleague to steer the ball past Bialkowski.

Benik Afobe flicked a Murray Wallace header just over from a corner for the visitors before Krul tipped Voglsammer's shot onto the bar, but the impressive Canaries had few problems seeing the game out.

"He's been outstanding even if he hadn't scored the couple of goals." 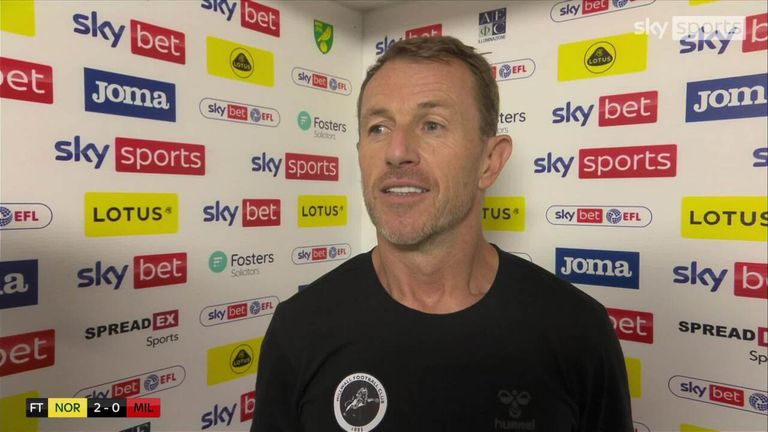 Speaking to Sky Sports, Millwall boss Rowett believes Sargent should have been penalised for a foul in the build-up to his second goal: "I get so confused with the rules now. I keep getting told contact's allowed but for me a foul is a foul and there's a clear foul for the second goal.

"Sargent jumps over the back of Danny McNamara, stops him from being able to play the ball. I know it's not massive amounts and then he almost falls on the back of Scotty Malone.

"The fourth official was two yards away. I just think they have to help each other out. That costs us the second goal and makes the game very difficult to chase.

"Norwich deserved to win the game and I thought they were excellent but that's where you need the officials to step up and their quality to be good. In my opinion in that moment it wasn't clear enough decision-making for me.

"There was a clear foul in front of the bench and that should've been given as a foul." 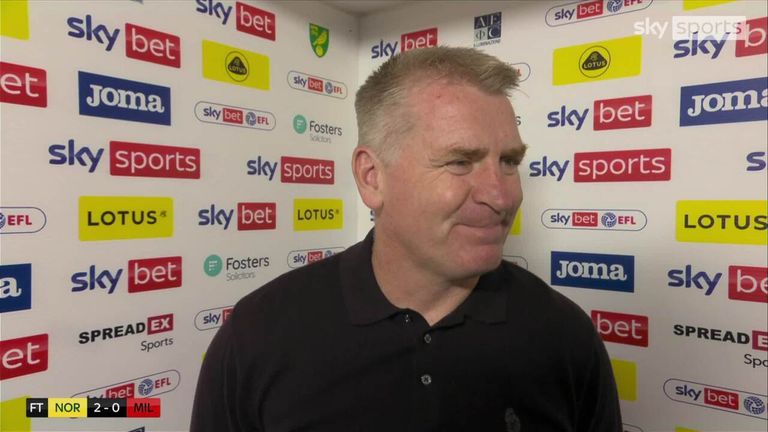 Speaking to Sky Sports, Norwich head coach Smith said: "It's not easy [after relegation]. We never felt there was a hangover. We always knew what we were capable of in this league.

"There's a long way to go. It's a marathon. We know we're good enough to compete at good levels and our performance levels have been there all season but unfortunately we hadn't got the results."

Norwich are in action on Tuesday night as they host Premier League Bournemouth in the second round of the Carabao Cup; kick-off 7.45pm.

The Canaries return to Championship action next Saturday as they go to newly-promoted Sunderland for a 12.30pm kick-off at the Stadium of Light, live on Sky Sports Football.

Meanwhile Millwall, who are not in midweek Carabao Cup action after being knocked out by League One Cambridge Utd in the first round, face Reading at home in a 3pm clash next Saturday.