Report and free match highlights from the Sky Bet Championship clash between QPR and Burnley at Loftus Road as goals from Johann Berg Gudmundsson, Ian Maatsen and Nathan Tella steered the Clarets to victory. 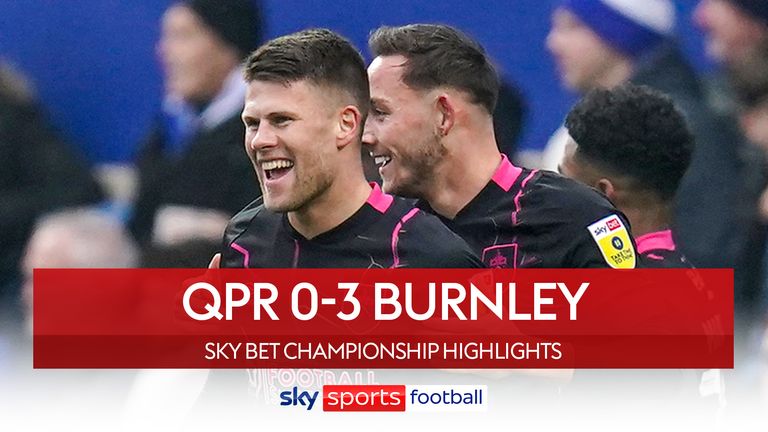 Burnley restored their three-point advantage at the top of the Sky Bet Championship as they cruised to a 3-0 victory at QPR.

A wonderful Johann Berg Gudmunsson free-kick got them off the mark at Loftus Road, before Ian Maatsen and Nathan Tella struck to seal victory.

It took them back clear of Sheffield United after the Blades had won on Saturday to close the gap on the Clarets.

For QPR, it was a miserable afternoon in their first game since the departure of head coach Michael Beale, and their fourth defeat in a row. 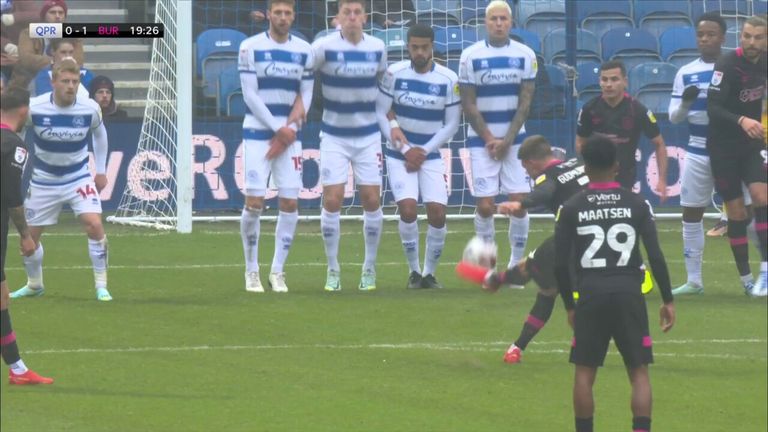 Burnley took the lead on 19 minutesas Gudmundsson stepped up to send an unstoppable curling effort over the wall and past Seny Dieng.

On the stroke of half-time in was two as Dieng could only palm Vitinho's 25-yard strike into the path of Maatsen, who drove it back with intent past the helpless QPR goalkeeper. 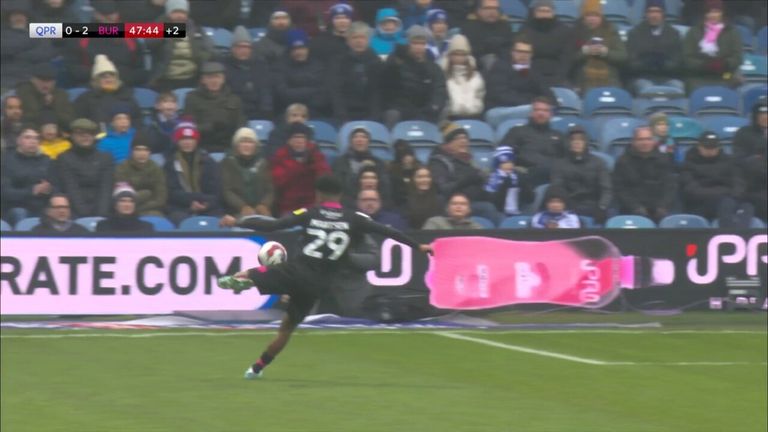 Ian Maatsen strikes and scores from a tight angle after Vitinho's shot is saved by Dieng in the game against QPR.

QPR B Team manager Paul Hall, taking charge following the departure of Beale, threw on Albert Adomah and Olamide Shodipo at the break, but it did little to turn the tide.

And after 71 minutes it was 3-0 as they took advantage of a Jimmy Dunne error. The former Burnley defender selling Dieng woefully short with an attempted chested backpass, allowing Tella to nip in and round the goalkeeper before finding the back of the net from the tightest of angles. 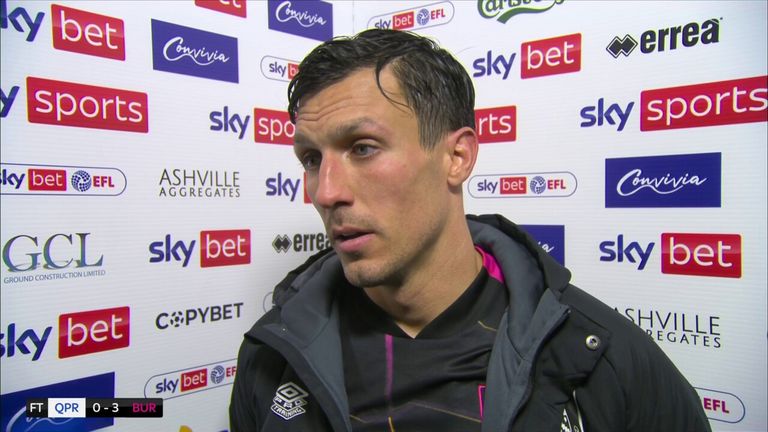 Burnley's Jack Cork admits the first goal against QPR should not have been given as a free-kick as he was simply trying to get out of the way.

On the face of things it looked a comprehensive win for Burnley, but there was some contention about some early decisions that impacted the swing of the game.

After just 19 seconds George Thomas was unfortunate not to be awarded a penalty for QPR after being brought down in the box by Arijanet Muric. And there were also question marks over whether Gudmundsson's free-kick should even have been awarded, with Cork himself admitting after the game to Sky Sports he didn't think he was fouled.

From that moment on there were no doubts about Burnley being deserved winners, mind.

QPR's caretaker boss Paul Hall: "The decisions have definitely affected us and how we approached and got through the game. But I don't think we can use that as an excuse. My players didn't get started as quickly as I wanted them to.

"In the second half we came out of the blocks after slightly changing the shape. We just wanted to go in at half-time at one goal, and the goal just before the break killed us off. That was tough." 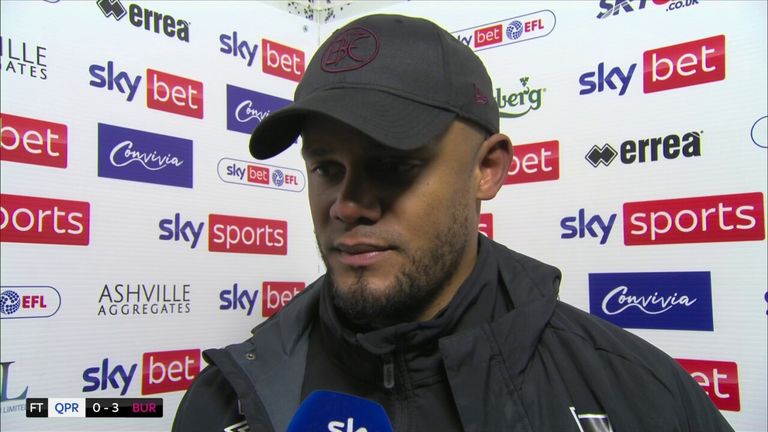 Burnley manager Vincent Kompany believes his team did well in the game against QPR after they finished with a 3-0 victory.

Burnley's Vincent Kompany: "They did well and worked hard to make sure they had momentum. We took the game to them. I thought we played really well in the first half and did everything we set out to do perfectly.

"In the second half we had a spell where we needed to grind it out and be a bit more compact and organised, and even then we did well and were still dangerous. The lads can be proud."

Player of the match - Nathan Tella 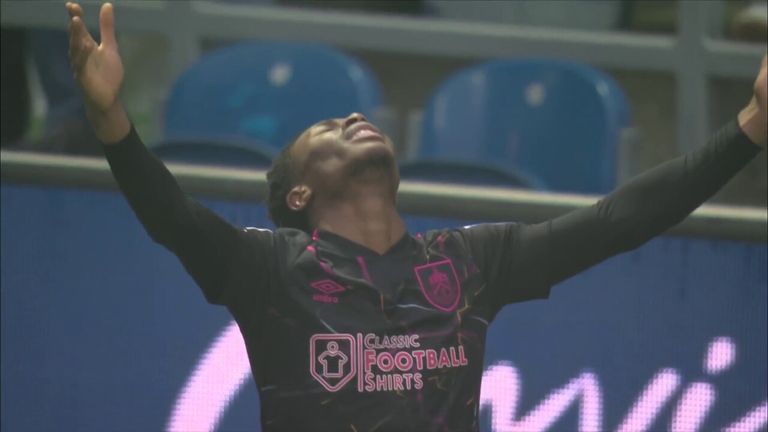 A mistake from QPR's Jimmy Dunne allows Nathan Tella to nip it in past the goalkeeper to make it three for Burnley.

An exceptional display of attacking intent from Tella. He has proven to be a real coup for Burnley time and again this season. Even at 2-0 up he showed his sharpness and desire to react to Dunne's mistake to add their third. His finish wasn't bad either.

Both sides are back in Sky Bet Championship action at 3pm next Saturday. QPR head to Preston, while Burnley host Middlesbrough.