Plus: West Ham and Everton have jumped into the chase for rising star Jhon Duran; Man Utd face the threat of "another Glazer" unless the government applies a rigorous Chelsea-style audit to any potential takeover; Adrien Rabiot has hinted he could end up in the Premier League next summer

Cristiano Ronaldo has reportedly been offered £1.2m a week to play into his 40s.

A beefy removal lorry sent to empty Cristiano Ronaldo's Cheshire mansion was too big to reach the house.

West Ham and Everton have jumped into the chase for rising star Jhon Duran.

Leicester are heading the race for Huddersfield's midfielder Etienne Camara - with the Terriers wanting as much as £10m. 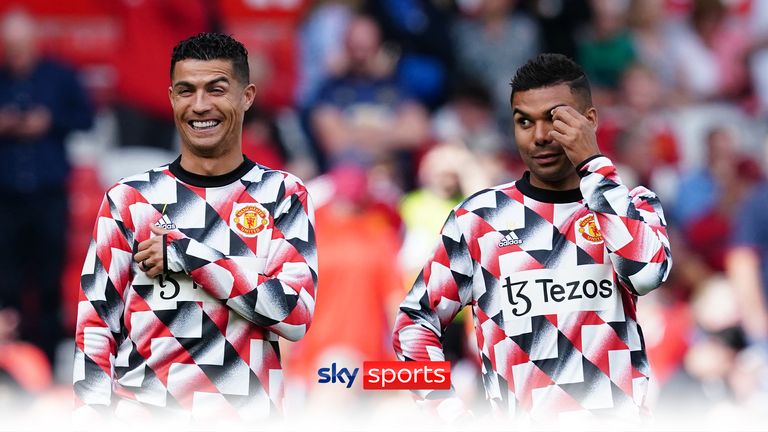 James Maddison has returned to England training following rehabilitation on a knee injury.

Cristiano Ronaldo reportedly took his Portugal team-mates out for dinner at the World Cup in Qatar as he puts the drama surrounding his Manchester United exit behind him.

Virgil van Dijk has fired back at Marco van Basten after the Dutch legend criticised the Liverpool player's defending in his country's 1-1 draw with Ecuador at the World Cup.

Barcelona boss Xavi Hernandez has confirmed that the club are in talks to sign Palmeiras starlet Endrick.

Striker Romelu Lukaku is ahead of schedule in his recovery from injury but is unlikely to feature against Morocco in Belgium's second World Cup Group F fixture on Sunday, coach Roberto Martinez confirmed.

Gareth Southgate invited the families of England's players into the team camp for the first time on Saturday as he attempts to shut out criticism from the outside.

Manchester United face the threat of "another Glazer" unless the government applies a rigorous Chelsea-style audit to any potential takeover, given the failure to introduce a football regulator.

Adrien Rabiot has hinted he could end up in the Premier League after all once his Juventus contract expires at the end of the season.

Chelsea reportedly have the option to recall Callum Hudson-Odoi from his loan spell with Bayer Leverkusen in January and the move could potentially save Todd Boehly millions in the transfer market with the Blues in desperate need of some attacking reinforcements.

Tottenham are seriously considering a move for USA star Weston McKennie after the World Cup, according to reports.

Rangers have reached out to Botafogo coach Luis Castro and he could be an option should Michael Beale negotiations fail, it's being claimed in Brazil.

Former Rangers boss Dick Advocaat has come out of retirement to take charge of struggling Den Haag - his 25th job as a manager at the age of 75.