Michael Murphy's second yellow card on Saturday evening saw him given his marching orders, late in the game as his Donegal side chased a late equaliser against Dublin.

As the Ulster side broke forward in injury-time, Murphy became embroiled in an incident in the middle of the field, and Maurice Deegan showed yellows to both the Donegal captain and Dublin's John Small.

The Glenswilly man had been initially booked for a high challenge on David Byrne early in the tie.

He felt hard done by after the second offence.

"What are you going to say about it, I was a forward trying to get up the field and attack and I get a yellow card so that's the way," he said.

So was it comparable to David Clifford's controversial red card in Kerry's loss to Tyrone two weeks ago?

"Ah I don't know, I suppose part of it felt like that anyway," answered Murphy. "I was trying to get up the field and the two of us went down then and all of a sudden, probably because of the length of time we were in the shemozzle, there was always going to be two yellow cards then but it is what it is.

"You're going to get that in football, two teams going at it, two players going at it. It was frustrating and disappointing but we need to learn from it and move on."

On the whole, Declan Bonner's side were bitterly disappointed to come away from Croke Park empty-handed.

"I thought we applied what we tried to do to that first 20 minutes of the game," continued the three-time All-Star.

"We just weren't able to sustain that and that's what it's going to take to compete at this level against the big sides against you, your Dublins, your Kerrys, your Tyrones and the teams that are going to be up there.

"[It's] something we need to address but it's the League, it's the journey, we have to keep going.

"It was great to get Paddy [McBrearty] back, we've another body back and the way the game is played at the moment, it's a 20-man game, you need everybody coming on." 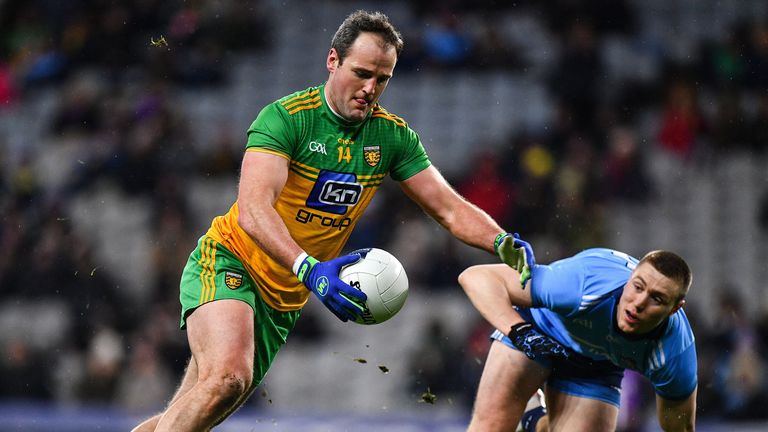 I still believe we're on the right track.

Donegal's captain feels they're going in the right direction

However, he knows there is a need to pick up some results in the coming weeks, in order to avoid relegation:

"I still believe we're on the right track. I still believe we're on the right journey, the team is maturing and we just need to keep pushing at it. I keep going back to it, keep developing the squad that we have there and keep getting bodies playing because I do feel that the game at the moment, it's a 20/25-man game and we need to keep developing a squad that's strong enough for that and we just keep trying to improve."