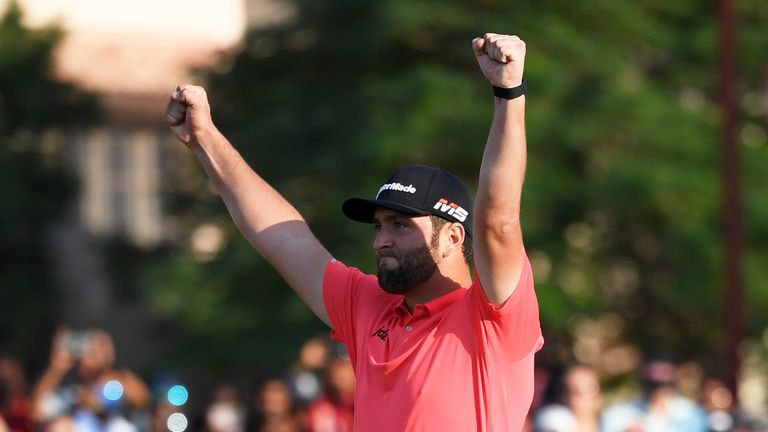 Jon Rahm survived a final-round scare to snatch a dramatic victory at the DP World Tour Championship and end the season as European No 1.

Rahm saw a six-shot lead disappear during a thrilling final day at Jumeirah Golf Estates, only for the Spaniard to birdie the last to close out a four-under 68 and claim a one-shot victory over Tommy Fleetwood.

Victory saw Rahm leapfrog Bernd Wiesberger at the top of the Race to Dubai standings and become the first Spaniard since Seve Ballesteros to win the European Tour's Order of Merit, with the win also set to lift the 25-year-old to third in the world rankings.

Fleetwood birdied five of his last seven holes to card a round-of-the-day 65 and end the week on 18 under, with overnight co-leader Mike Lorenzo-Vera a further shot back in third and Rory McIlroy seven strokes off the pace in fourth.

Rahm started the day tied for the lead but quickly moved ahead after following a 30-footer at the first by getting up and down to match Lorenzo-Vera's birdie at the par-five next.

Lorenzo-Vera slipped two behind when he took two chips to get out of rough on his way to bogeying the third, as Rahm nailed a 60-footer at the fifth and added another from 30 feet at the sixth.

A third consecutive birdie was enough to move the Spaniard six ahead when Lorenzo-Vera failed to get up and down to save par, only for Rahm to hit his tee shot into a bush at the eighth and three-putt the ninth from inside 20 feet to finish his front nine with successive bogeys.

Rahm rolled in a 15-footer at the tenth but saw his lead cut to two with a first back-nine bogey of the week at the par-three 13th, where Lorenzo-Vera birdie from five feet for a two-shot swing.

Both players took advantage of the par-five 14th to pull clear of the chasing pack, only for Rahm to miss a par-save close range at the next to move Lorenzo-Vera within one of the lead. Fleetwood joined the share of second after following three birdies in a four-hole stretch from the 12th by draining a 40-foot birdie at the 17th, before making a tap-in gain at the last to join Rahm on 18 under and set the clubhouse target.

Rahm then found a greenside bunker with his approach into the par-five last, but splashed out to three feet and converted the birdie putt to secure his sixth European Tour title. 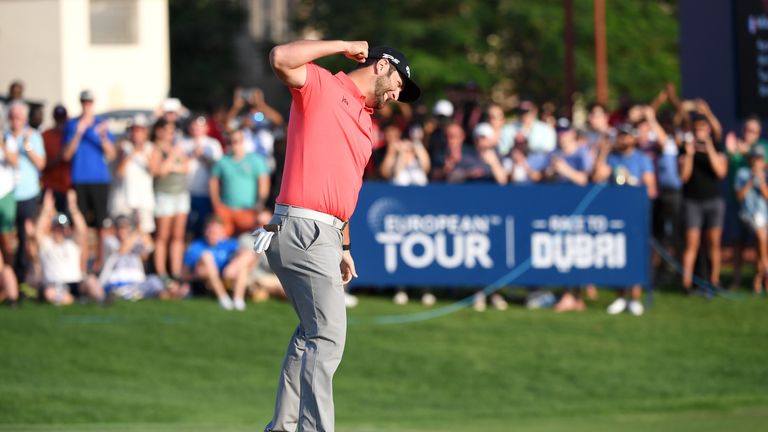 A three-putt par at the last left Lorenzo-Vera in third spot on 17 under, while McIlroy was a further five strokes back in fourth after bogeying two of his last four holes to card a one-over 73.

Robert MacIntyre secured the Rookie of the Year title after ending the week tied-14th, while a joint-28th finish saw Bernd Wiesberger slip to third in the Race to Dubai standings.