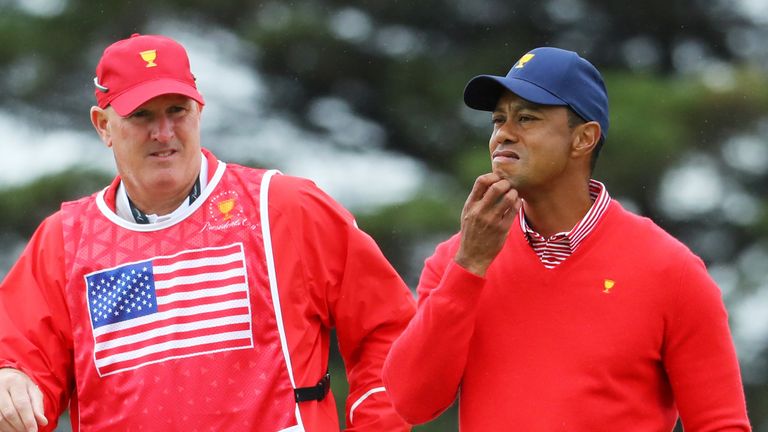 A winning start for Tiger Woods could not prevent the International side from building a commanding lead over Team USA after the opening day of the Presidents Cup.

Woods, only the second playing-captain in the history of the event, led from the front alongside Justin Thomas to claim a 4&3 victory over Marc Leishman and Joaquin Niemann in the opening fourballs match at Royal Melbourne.

The former world No 1 won the first two holes and chipped in from off the fifth green to help reach the turn two ahead, before three birdies in a five-hole stretch on the back nine secured the first point of the week for the visitors.

That win was the highlight of an otherwise disappointing day for Team USA, chasing an eighth consecutive victory in the biennial contest, as Ernie Els' young International Team won the other four matches to open up a 4-1 advantage.

Louis Oosthuizen teamed up with Abraham Ancer, one of seven rookies in the home team, to win four of their opening five holes on their way to a 4&3 win over US Open champion Gary Woodland and former world No 1 Dustin Johnson.

Australia's Adam Scott partnered Byeong Hun An to see off Tony Finau and Bryson DeChambeau 3&1, while Sungjae Im and Adam Hadwin claimed a final-hole victory over Patrick Cantlay and Xander Schauffele to extend the hosts' advantage.

Patrick Reed's birdie at the 16th pulled him and Webb Simpson back all-square with two holes to play in the final match on the course, only for Hideki Matsuyama to drain a 25-footer at the 17th and par the last to give him and C.T Pan a 1up victory. 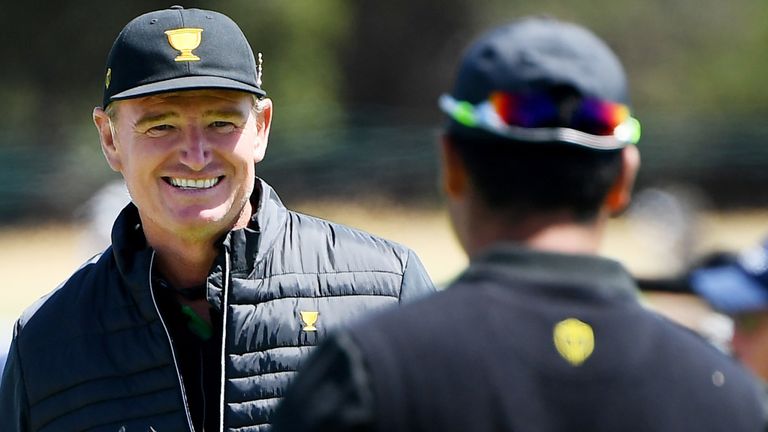 A three-point lead is the International side's largest advantage after the opening session in the tournament's history and the first time they've led the event at any point since 2005.

The four-day event switches to foursomes on Friday, before four matches of each format across two sessions on Saturday and 12 singles fixtures on Sunday.