Phoenix Open: Tony Finau one ahead of Webb Simpson at TPC Scottsdale 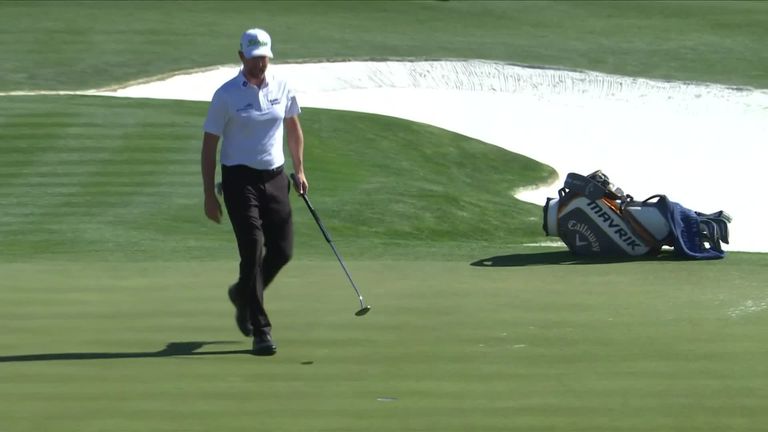 Tony Finau posted a bogey-free 62 to take a one-shot lead into the final round of the Waste Management Phoenix Open.

Finau mixed seven birdies with an eagle at TPC Scottsdale to get to 16 under and a shot clear of Webb Simpson, who fired a hole-in-one at the par-three 12th.

Overnight leader JB Holmes lies two strokes back in a share of third alongside Hudson Swafford, while Xander Schauffele carded a bogey-free 66 to join Adam Long and Scott Pierce three off the pace.

"I hit it nice off the tee today and it took pressure off other parts of my game," Finau said. "I made some putts early and I felt pretty good all day."

Finau birdied two of his opening three holes and followed back-to-back gains from the eighth by holing a 30-footer from the fringe at the 12th and nailing a 20-foot eagle at the par-five next.

The American tapped in after missing his eagle attempt at the 15th and stuck his tee shot to five feet at the next to set up another birdie, as Simpson followed a front-nine 32 with a 20-foot gain at the 11th with an unlikely ace at the next. 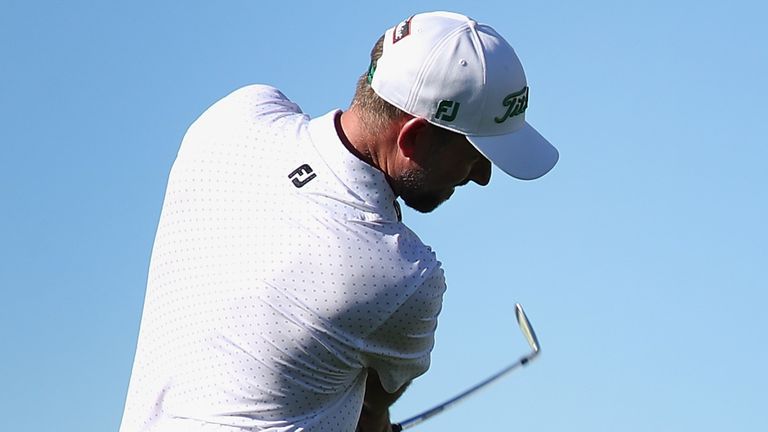 Simpson's hole-in-one sparked a run that saw him make back-to-back gains from the 14th, only for him to bogey the penultimate hole of his seven-under 64.

Swafford signed for a bogey-free 66 to get to 14 under alongside Holmes, who mixed five birdies with two blemishes, while Schauffele is a further shot back after birdieing three of his last six holes.