Dustin Johnson wins The Masters: Paul McGinley on why DJ deserved his victory

Dustin Johnson broke 72-hole scoring record at The Masters on his way to a five-shot victory at Augusta National; Cameron Smith and Sungjae Im finished in a share of second, with Justin Thomas in fourth spot 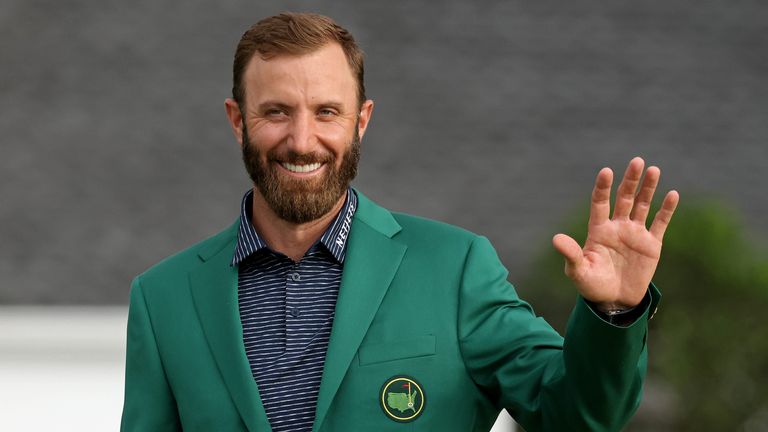 Paul McGinley reflects on a record-breaking victory for Dustin Johnson at The Masters and explains why winning at Augusta National means so much to the world No 1...

The best players rose to the top at The Masters, just as we predicted ahead of the tournament. Augusta National is a golf course that rewards really strong play and it's no coincidence that the guy who played the best golf from tee to green rose to the top.

That's not always the case week-to-week, but it is a case generally when we come back here to Augusta and that's why it is such a great event. It's a fair test and generally the guy who plays the best is the guy who ends up putting on that Green Jacket, which is what we have again.

It has been an unbelievable performance by Johnson, not just the aggressive plays and the birdies he made, it was the way he went about it and the way he constructed each round. It was his short game, it was his resilience, it was his ability to bounce back on six today to make a birdie on the back of bogeys on four and five. He controlled this tournament from the first round.

He was one of the bookies' favourites coming in here and arrived in an unbelievable run of form. He's had great performances at Augusta over the past four visits, culminating in second place last year before the win now. It was fully deserved, he is a deserving champion and I think there is more to come.

He played very well in the PGA Championship as well - where Collin Morikawa shot an unbelievable last round to pip him - and he's carried on that form since. He had to sit himself out with Covid, then he came back and straight away came second in Houston, so everything was trending towards a really great performance here at Augusta.

There are more majors to come, there is no doubt about that, but there is too much competition out there now for floodgates to open. This means more to him than winning the US Open, as an American player, with The Masters the one they want to win more than any other.

You could see how much it meant to him when he was interviewed afterwards, as he referenced the Green Jacket, the fact he is going to be going the Champions' Dinner and he's coming back here for as pretty much as long as he wants - all of those things are important to him.

This is a different Dustin Johnson and we have been saying it for a few months. He had the focus and determination in the tournaments leading into that, had his eye on the prize to win that and went on to deliver.

What stood out to me was the minimalizinging of the bogeys was key, his short game was key, but more than anything else I think he is in a different place mentally as a golfer. His course management, his golfing IQ, is on a different level now than it ever was before.

Relive Dustin Johnson's record-breaking victory in "How The 2020 Masters Was Won", a two-hour programme offering highlights and reaction, on Monday from 8pm on Sky Sports Golf.