US Women's Open: Amy Olson leads after hole-in-one, Charley Hull only two behind

American Amy Olson makes the first of two holes-in-one in the first round in Houston, and she went on to claim the overnight lead as England's Charley Hull enjoyed a solid start to the final major of the year 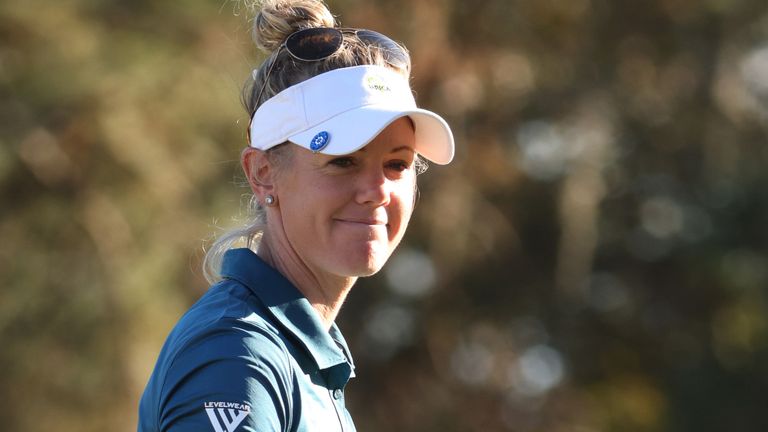 Amy Olson earned the first-round lead at the US Women's Open after firing a 67 which included a superb hole-in-one at The Champions Club in Houston.

Olson's 141-yard ace at the 16th, the first of two holes-in-one on the opening day, helped her to the top of the leaderboard on four under, with England's Charley Hull just two shots off the pace.

Playing in just her third US Open as a professional, Olson was one over after six holes on the tougher Cypress Creek course before getting into red figures in some style, her perfect eight-iron to the 16th landing just short of the pin and having just enough momentum to reach the hole.

"I had 141 to the flag, and the pin was tucked away on the right," she said. "The wind was kind of coming from the right, so I hit a fade to try to hold the wind, and it landed two paces short of the flag, had some good spin on it and just trickled in. We saw the whole thing, which was fun."

Olson went on to birdie two of the next three holes, and she added a nice two at the short eighth which gave her the outright lead ahead of last year's surprise Women's Open champion Hinako Shibuno, Moriya Jutanugarn and A Lim Kim.

"I definitely allowed myself to celebrate there and enjoy the moment," Olson added. "Honestly, the pace of play was really slow out there today, so I had some time to kind of calm myself and come back to it. 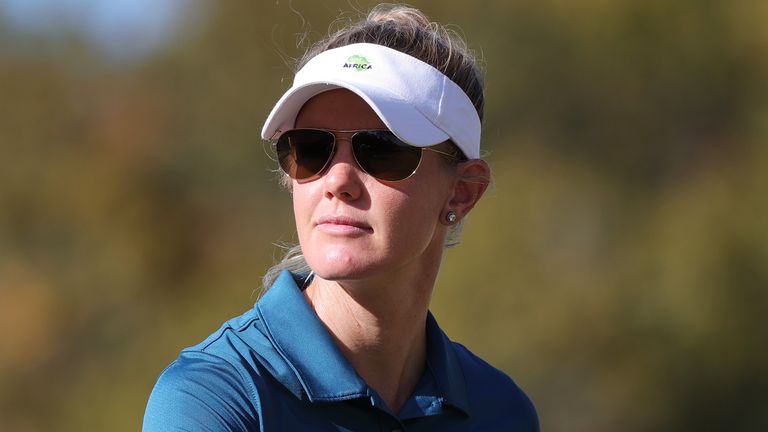 "I think it is important to enjoy the little things and the moments along the way and not kind of get ahead of yourself, so I just enjoyed the moment. Obviously the hole-in-one was kind of the highlight of the round. I was pretty excited to be able to do that at the US Open.

Hull was one of seven players to card a 69, a list that featured reigning Women's Open champion Sophia Popov, while Hull's Solheim Cup team-mate Jodi Ewart Shadoff returned a creditable 70 at Cypress Creek as only 23 players broke par on day one.

One of the performances of the day undoubtedly came from 2007 winner Cristie Kerr, who managed to get round the Jackrabbit in 71 barely a week after she was injured in a freak golf cart accident at last week's LPGA Volunteers of America Classic.

Kerr and her caddie were thrown from the cart after it collided with a pole in near-darkness, and the American landed awkwardly and was later found to have dislocated three ribs.

"I chunked a sand-wedge on the first hole," she said with laughter. "Felt my chest on the downswing. I kind of balked at it and it actually hurt more hitting short-irons than driver because you have to hit down on them. "But I rebounded with a great birdie on the third hole and just had so many chances. I danced all around the hole today with my putting and had like four lip-outs for birdie.

"I played great and just managed and stayed balanced and positive, took my pain meds during the round when I had the opportunity to, and I made it."

Olson was not the only player to make a hole-in-one on Thursday, with Yu Jin Sung firing a brilliant ace at the tougher 169-yard fourth, a fine way to celebrate her US Women's Open debut.

But there was little for Georgia Hall to celebrate as she stumbled to a 10-over 81 at Cypress Creek, leaving her needing something in the mid-60s to make the halfway cut.