Chris Kirk’s runner-up finish at the Sony Open may have felt like a victory after regaining his full playing privileges on the PGA Tour in Hawaii.

The four-time PGA Tour winner took a seven-month break from the sport in 2019 to deal with alcoholism and depression and briefly dropped out of the world's top 500 until a win on the Korn Ferry Tour last year at the King & Bear Classic.

Kirk's appearance in Honolulu was the start of his major medical extension and his last chance to secure his full player status for 2021, having registered one top-20 in his last nine starts and gone 31 months without a PGA Tour top-10. 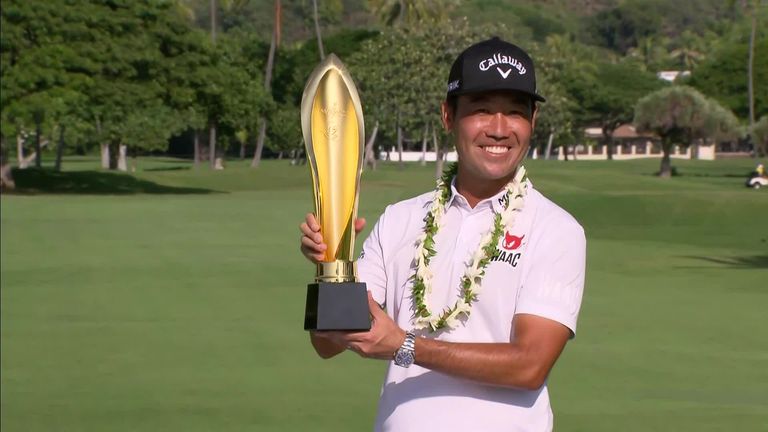 The 35-year-old needed a top-12 finish at Waialae Country Club just to earn conditional status and 148.934 FedExCup points to keep his full membership - equating to being in the top three - with Kirk securing his PGA Tour status for the rest of the season by claiming a share of second spot.

"I never felt like it was a do-or-die type of situation," Kirk said after finishing a shot behind Kevin Na. "I think I was going to get to play some [events], but yeah, it totally changes everything being able to be back to picking my schedule like I'm used to over the last number of years.

"It's huge. To go into a week and say I've got to finish top three to keep going and do it is, you know, silly. I would have never guessed that it would work out this way this week."

Kirk went into the final round three strokes off the pace and slipped further behind with two bogeys over his first three holes, only to follow three birdies in a four-hole stretch from the sixth with three consecutive birdies from the 12th.

Needing a final-hole birdie at the par-five 18th to guarantee his full PGA Tour card, Kirk found rough off the tee and short-sided himself with his approach but hit a deft 25-yard pitch to tap-in range and protect his playing status.

Kirk's birdie signed off a five-under 65 - his fourth in as many days - and set the clubhouse target at 20 under, which saw him finish tied-second alongside Joaquin Niemann as Kevin Na birdied the last for a one-shot victory.

"I think that there were a number of years there where I just wasn't very happy with who I was and what I was doing and I was just kind of trying to hide from that," Kirk added. "I chose alcohol to kind of get me away from where I was. You know, a lot of lying and hiding and the life that you live in that situation.

"I think the biggest perspective for me is I can wake up every day and I'm happy that I am who I am, and I have nothing to hide. You know, I just feel like I'm doing the best I can and enjoying life. It's as simple as that."