A second hole-out for eagle at Pebble Beach lifts Jordan Spieth into the outright lead ahead of a congested leaderboard which includes Paul Casey and Russell Knox. Watch the final round live on Sky Sports Golf 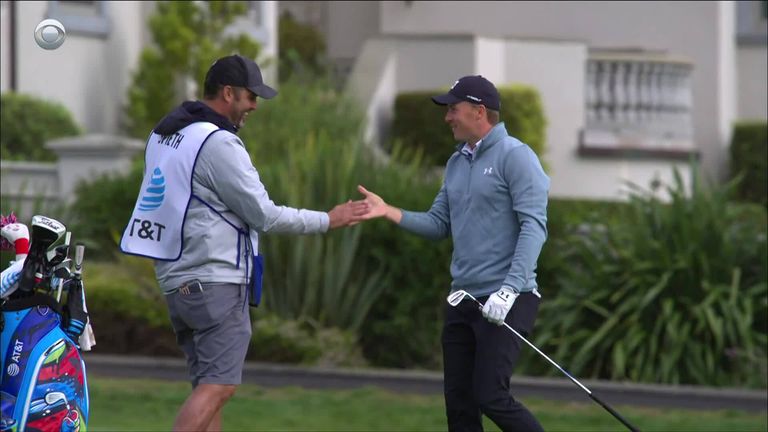 Jordan Spieth holds the lead heading into the final day for the second week running after a big finish to his third round at the AT&T Pebble Beach Pro-Am.

Spieth was struggling to stay in contention on the back nine into a stiff wind at the iconic California venue, but he produced a magical hole-out from 160 yards for eagle at the 16th which lifted him back to the top of the leaderboard alongside Daniel Berger at the time.

Berger then carved his drive out of bound at the long 18th and closed with a double-bogey seven, leaving Spieth as the outright leader by two strokes over Berger, Patrick Cantlay, Tom Hoge, Nate Lashley and Russell Knox, with Paul Casey and Jason Day a shot further adrift.

Spieth's sensational third-round 61 earned him a share of the lead with Xander Schauffele in Phoenix last week, and he will now be looking to atone for a disappointing final-day 72 after Brooks Koepka surged through the field to land his first win since July 2019.

Still winless since The Open in 2017, Spieth scrambled hard for pars throughout a difficult third day on the Monterey Peninsula in which he missed fairways and greens with regularity, with a scrappy bogey at the second prompting fears of him sliding out of the running.

But he birdied the fourth, sixth and ninth to turn in 34 only to misfire again off the tee on the inward run, with poor drives leading to three bogeys in five holes - including his second six of the round at the long 14th.

Spieth did then find reward for hitting the short grass from the tee at the 16th, hitting a huge draw which may not have been fully intended, but it had the desired result as his ball pitched 10 feet right of the pin, dug in and spun down the slope and into the cup for his second hole-out eagle of the week. 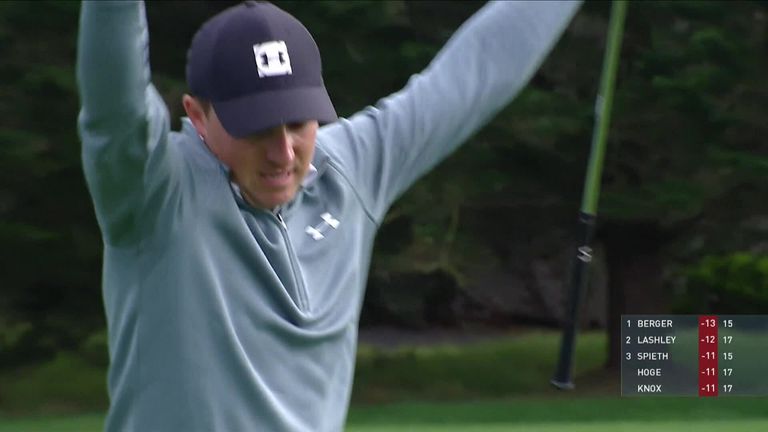 Two rock-solid pars closed out a 71 that could have been several shots worse, and he assumed the overnight lead on 13 under with Berger's last-hole lapse costing him both a share of the lead and a place in Sunday's final group.

Berger had provided one of the outstanding early highlights of the day when he drove the green at the fourth and rolled in the putt for eagle, making him only the second player to achieve this feat since 2003 after Davis Love III also eagled that hole in the final round, nine years ago.

But Berger undid a solid back nine with a big block from the final tee, and he had to hole from four feet for a seven to stay in a five-way tie for second, with Lashley making bogeys at 17 and 18, where he pulled his drive onto the beach, to also drop to 11 under.

"I hit a bunch of really good golf shots today," said a defiant Berger afterwards. "It was really tough, it was blowing 15, 20mph all day and a bunch of putts that just barely missed.

"I mean, it's a hard day when it blows at Pebble, so overall I'm pretty happy. Obviously I would like that swing back on the last hole, but I'm not going to let it ruin my week, for sure."

The consistent Knox turned in 33 and managed to par every hole on the inward half to card an impressive 69, with Casey also carding three birdies while also making a mess of the short fifth, where he flew the green with a wedge from the tee and needed four more to get down. 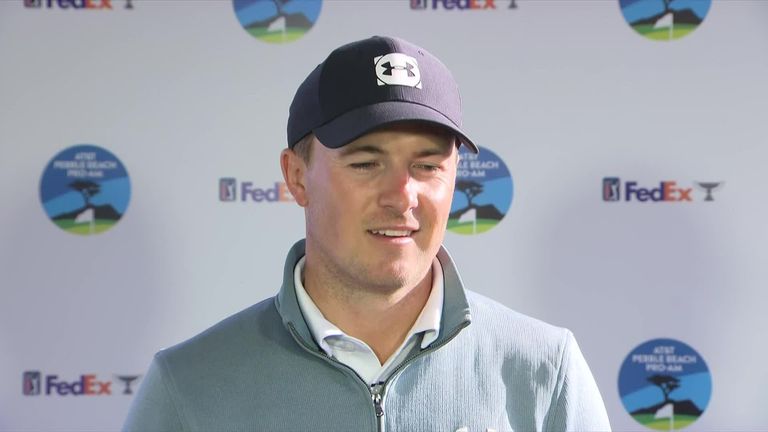 "If I keep swinging the way I'm swinging, which I hope I can and I hope I don't wake up tomorrow and get worse, I mean the person that wins tomorrow is just going to make some putts," said Knox.

"If I can get off to a fast start, obviously the first seven holes you can get, so it would be nice to get off to a flying start and then kind of hold on for the remainder."

Casey, the 2019 runner-up, moved to 10 under alongside Day, the 2018 runner-up, after the Australian fired a 68 that was only one shot shy of Kevin Streelman's low round of the day.