Two-time Wells Fargo Championship winner Rory McIlroy moves into contention with a second-round 66 at Quail Hollow; World No 15 makes it through to the weekend for the first time since the Arnold Palmer Invitational in March. 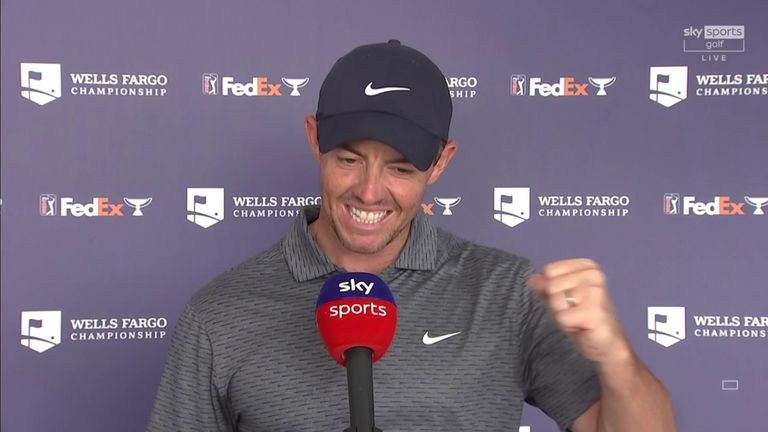 Rory McIlroy reflects on a much-improved second round at Quail Hollow and making the cut at a PGA Tour event for the first time in two months.

Rory McIlroy said he feels better about the state of his game after making it through to a weekend for the first time in two months on the PGA Tour at the Wells Fargo Championship.

McIlroy, a two-time winner of the event, bounced back from an opening-round 72 to card a five-under 66 on Friday and move inside the top-10 on a congested leaderboard at Quail Hollow.

The Northern Irishman suffered missed cuts at The Players and The Masters and also failed to progress from the group stage at the WGC-Dell Technologies Match Play, a run of results that has dropped to world No 15 and his lowest position since 2009, with McIlroy pleased to see signs of progress in his game.

"When you're playing bad, you feel so far away, and when you're playing good, you always think to yourself, 'how did I feel like I was so far away'?." McIlroy said. "It's such fine margins, especially out here when the difference between a good tee shot and an average tee shot is probably one shot.

"When you play the way I played through that stretch in March and into April, you're going to feel like you're not as close (to playing well) as you probably are.

"But I worked hard after Augusta. I took a week off and reset, which I needed, but then I put my head down and worked hard and at least felt better about everything coming in here.

"The one thing that I was really happy about coming in here this week was my iron play, felt like I really found something last week. I didn't get a chance to show it yesterday because I wasn't finding the fairway very much, but today, just having some more opportunities to hit good iron shots and give myself birdie chances, I was able to show it a bit."

McIlroy - without a worldwide win since November 2019 - heads into the weekend on four under and two strokes behind England's Matt Wallace, who posted a four-under 67 in challenging conditions to grab a share of the clubhouse lead. 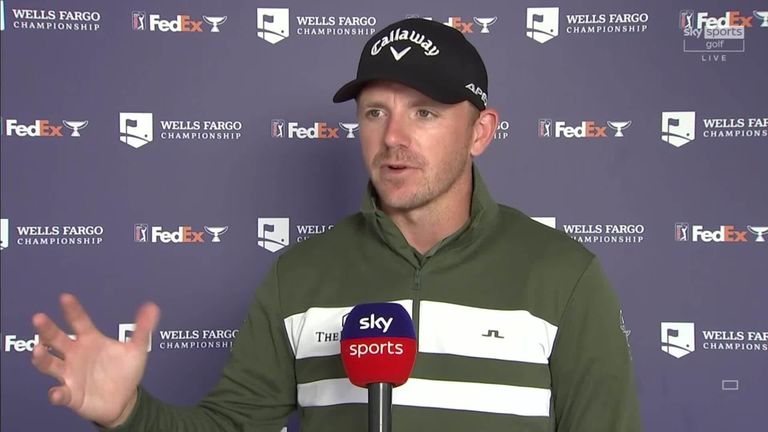 Matt Wallace looks back on an encouraging first two days at the Wells Fargo Championship and why he decided to make his debut at Quail Hollow.

"This [contending on the PGA Tour] is the next step," Wallace said. "I've always tried to progress my career in ways where I put myself in sticky spots, and it's tough over here. The PGA Tour is really tough.

"The golf courses are amazing, they're big and the players from top to bottom can win, so it's very difficult to get it done I'm playing really nice now."

Watch the Wells Fargo Championship throughout the weekend live on Sky Sports. Live coverage continues on Saturday from 6pm on Sky Sports Golf.