The Memorial: Patrick Cantlay edges out Collin Morikawa in play-off

Patrick Cantlay is The Memorial champion for the second time after a clutch par at the first play-off hole was enough to beat Collin Morikawa at Muirfield Village. 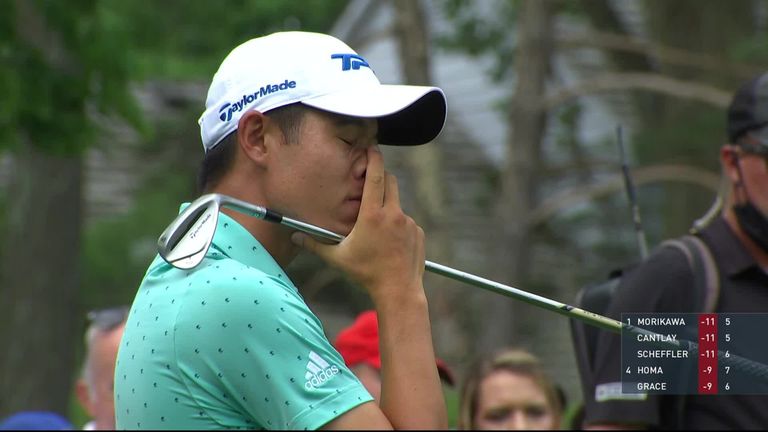 The best shots and key moments from the final round of The Memorial, where Patrick Cantlay beat Collin Morikawa in a playoff to win for the second time at Muirfield Village.

Patrick Cantlay made a clutch par on the first extra hole to edge out Collin Morikawa and land his second victory at The Memorial Tournament in Ohio.

As the fallout from Jon Rahm's unfortunate withdrawal continued to dominate discussion at Muirfield Village, Cantlay put the off-course distractions to one side and came out on top in a tense duel with Morikawa, who had the upper hand when he birdied both par-fives on the back nine.

One behind with two to play, Cantlay holed a superb putt for a priceless birdie at the 17th, and both made excellent pars following wayward drives at the 72nd hole to finish tied at the top on 13 under, with both handing in one-under 71s.

Morikawa gained the advantage off the tee when the pair returned to the 18th, splitting the fairway with a perfect drive while Cantlay blocked his tee shot into the right rough.

But Morikawa was unable to back up his drive with a decent second and tugged his approach into the lush grass to the left of the green, while Cantlay was able to gouge his ball into the greenside bunker, from where he splashed out to 12 feet after his rival's pitch had run an uncomfortable distance beyond the pin.

Again, Cantlay's putter was on the mark as he judged the right-to-left par putt to perfection, but Morikawa's putt to extend the play-off slid past the cup on the left to leave Cantlay receiving the congratulations from tournament host, Jack Nicklaus.

"It's always special coming off the 18th green and shaking his hand," said Cantlay, who also won at Muirfield Village in 2019. "We have a great connection and we are, I would say, good friends at this point, and so that makes it just a little more special. 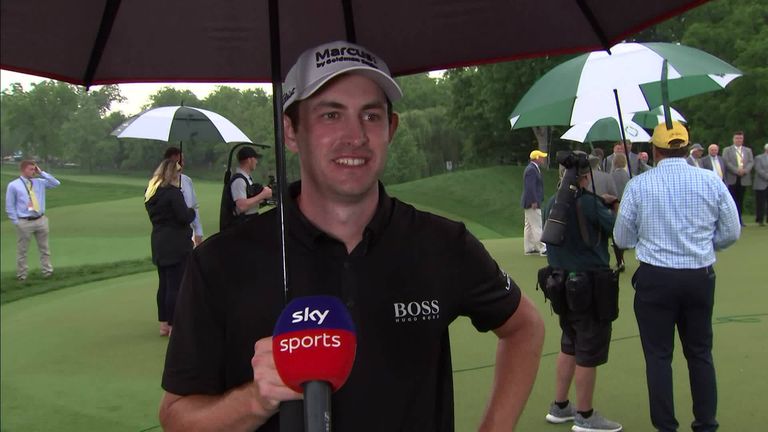 Patrick Cantlay admitted Jon Rahm's withdrawal shocked the field at The Memorial, but it did not dampen his mood after winning the title for the second time.

"So he's taken me under his wing and to do it at his place with the advice and encouragement that he's given me over the years is very special for me."

Cantlay came into the tournament on the back of four missed cuts in six starts and he had not posted a top-10 finish since the AT&T Pebble Beach Pro-Am in February, but hard work on the range with coach Jamie Mulligan reaped handsome rewards this week.

"Somehow I always feel like I badly need a win and a win will make things just a little bit better," said the 29-year-old. "The last few months have not been the best golf I've played and the interesting thing is when I think about it, I always felt maybe a little closer than the result.

"It was a shot here or a shot there, an up-and-down or a putt. And maybe in the past I had those one or two shots that maybe were a made cut into a missed cut, I was able to pick those shots up and make the cut on the number or one inside and then a lot of times I'll play a great round on Saturday or Sunday and kind of vault myself up the leaderboard.

"So there was just a stretch where the cookie kind of crumbled the wrong way a number of weeks in a row. But I've been putting in some good work with Jamie Mulligan my coach and I think we're on the right path and my game feels really good right now."

The top two finished one ahead of Scottie Scheffler, who forced his way into the equation with birdies at 14 and 15 only to miss from six feet for par at the last, his round of 70 being one too many to join the play-off. 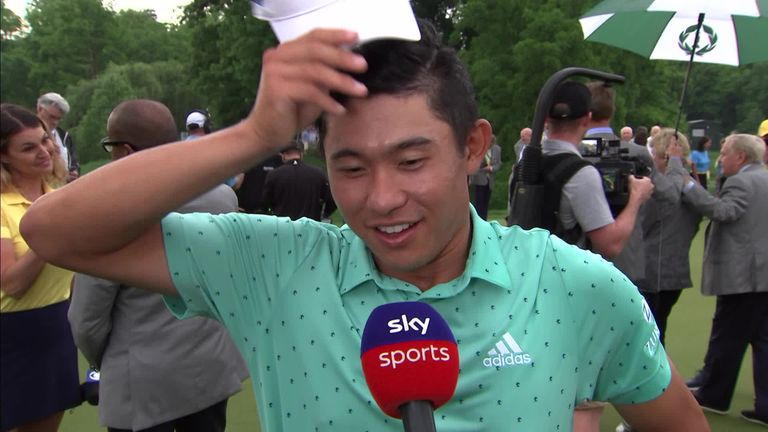 Collin Morikawa focused on the positives of his performance at Muirfield Village after losing out to Patrick Cantlay in a playoff at The Memorial Tournament.

In-form South African Branden Grace holed from 40 feet on the final green to post a 71 and snatch outright fourth place on 10 under ahead of former Masters champion Patrick Reed, while Open champion Shane Lowry enjoyed a top-six finish after a closing 70 got him to six under par.

Rory McIlroy gave himself a chance to claim a top-10 finish when he made three birdies in five holes on the back nine to jump to three under, but he bogeyed the 16th and 17th to return his third 72 of the tournament, leaving him in a tie for 18th place on one under.