US Open: Bryson DeChambeau would be happy to play with Brooks Koepka at Torrey Pines

"There's a point where it's great banter. I personally love it. I think that, as time goes on, I hope on the weekend we can play against each other and compete. I think it would be fun and would be great for the game" 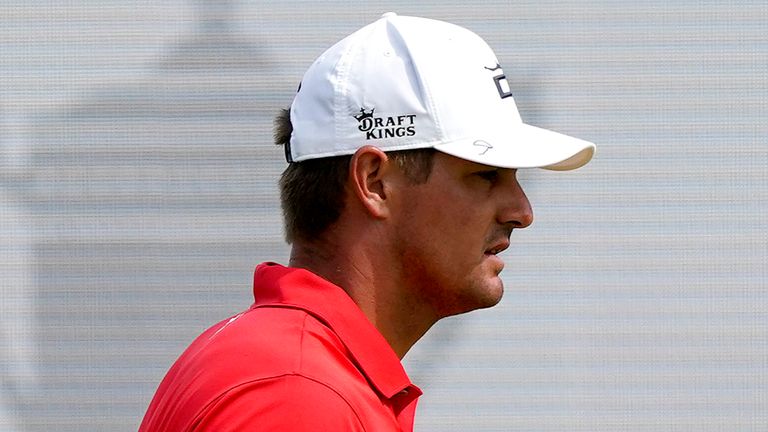 Bryson DeChambeau insisted he would relish the chance to play alongside Brooks Koepka at this week's US Open, but denied he had been asked about the prospect by tournament organisers.

Reports emerged that DeChambeau was contacted by the USGA regarding being grouped with Koepka over the first two rounds, with the defending champion rumoured to have declined.

But both Americans, who have been embroiled in an apparent feud since the PGA Championship last month, have claimed there was no pre-tournament contact from the USGA, and the pair have been kept apart for the first two rounds.

The dispute between DeChambeau and Koepka has dominated discussion on the PGA Tour over the last few weeks, with the weight of support seemingly behind Koepka.

Some fans at The Memorial were removed from the course for shouting "Brooksy" at DeChambeau, prompting Koepka to offer the offending fans cases of free beer to compensate them for having their day cut short. 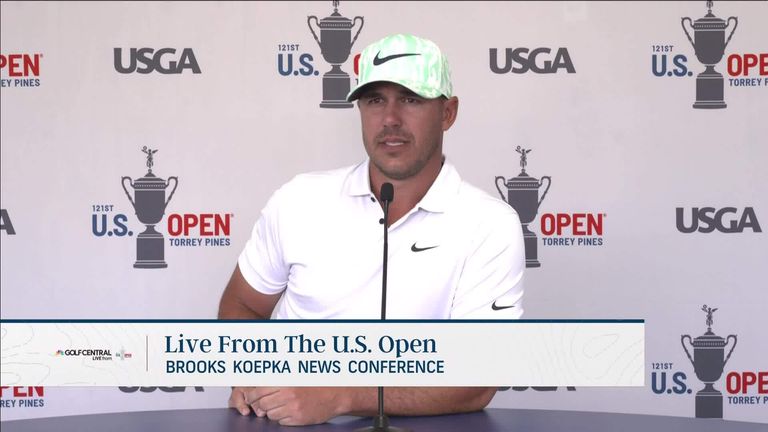 But DeChambeau has maintained that he finds the whole situation amusing and dismissed the rivalry as "great banter", and he claimed he would have no problem in partnering Koepka later in the tournament.

"I think it's fun," said DeChambeau. "There's a point where it's great banter. I personally love it. I think that, as time goes on, I hope on the weekend we can play against each other and compete. I think it would be fun and would be great for the game.

"For me, I'm always going to be trying to play my game and not really worry too much about what other people are doing, but I think there are just times where, if it gets outside the scope of just integrity and honour, yeah, that can get a little interesting.

"At the same point in time, all of it's been good fun. It's been fun. Shoot, to be honest, people saying Brooksy's name out there, I love it. I think it's hilarious."

DeChambeau was also reminded that while he has been subjected to many shouts of "Brooksy", nobody in the gallery at last week's Palmetto Championship shouted "Bryson" at Koepka.

"I'm not worried at all," DeChambeau added. "He's older than me, and he's won more majors than me. Hey, I've got something to look up to."

The spat prompted Team USA captain Steve Stricker to air his concerns last week and called for the pair to settle there differences to avoid disunity in the team room at Whistling Straits.

But DeChambeau said: "I personally think, when we're on a team, we're going to be on a team, and it's going to be a different atmosphere. We're players competing individually on an individual basis out here, and I think we banter back and forth in good fun, but when it comes time to play on a team, it will be different."

Koepka also denied being approached over the possibility of playing with DeChambeau on Thursday and Friday, and he offered a similar take on the prospect of being grouped with the defending champion over the weekend.