US Open: Watch as Sergio Garcia's precise pitch hits the pin and rolls back to his feet... 50 yards away! 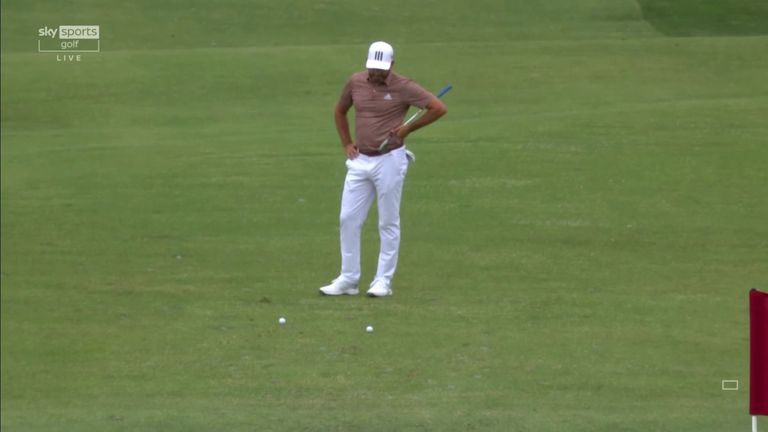 Sergio Garcia suffered one of the unluckiest breaks of the week at the US Open despite playing what appeared to be one of the best pitches of the tournament.

Garcia was already two over for the third day and five over for the tournament when he came to grief at the long 13th, where he turned a great birdie chance into a double-bogey.

A chunked wedge from a little over 100 yards to the elevated green came up short and rolled 50 yards back down the fairway, but he looked to have given himself a good opportunity to save par with a well-weighted fourth shot.

His ball pitched just short of the hole and was on a perfect line, but it turned out to be too straight and his ball cannoned off the flagstick and rolled back off the green.

Garcia was unmoved, and unamused as his ball made its way slowly back to his feet, leaving him with a fifth shot from barely a yard away from where he had played his fourth.

The Spaniard needed three more to get down as he ran up a seven and, at seven over for the US Open, he will be playing for pride in the final round.

Click on the video above to see Garcia's bad bounce off the pin at the 13th.

Watch the final round of the 121st US Open live on Sunday, coverage begins at 3pm on Sky Sports Golf.