Minjee Lee capitalised on a final-round collapse from Jeongeun Lee6 to come back from seven shots behind to defeat the Korean in a play-off; Ireland's Leona Maguire finishes tied-sixth after equalling the lowest round in major history. 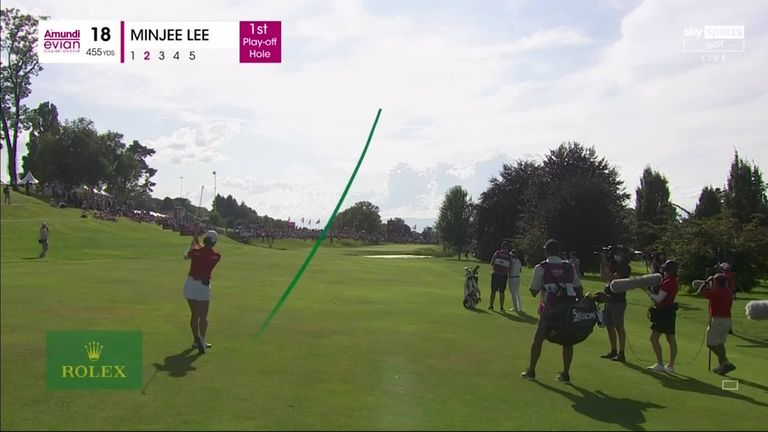 Minjee Lee produced an epic final-round comeback to snatch a maiden major victory after a dramatic finish to the Amundi Evian Championship.

The Australian overturned a seven-stroke deficit on the final day at Evian Resort Golf Club, birdieing four of her last five holes to post a bogey-free 64 and set the clubhouse target at 18 under.

Overnight leader Jeongeun Lee6 saw her five-shot lead disappear after five bogeys in a seven-hole stretch on her front-nine, only for the Korean to fight back and birdie her final three holes to salvage a level-par 71 and join Lee at the top of the leaderboard.

The players returned to the par-five 18th for the play-off, where a two-putt birdie secured Lee's major breakthrough after Lee6 sent her second shot into the water.

"I've been waiting for this for so long," Lee said. "It just feels unreal to have won. Just even in the play-off, and all throughout today, I played really well to get myself in that position. I'm just really happy." 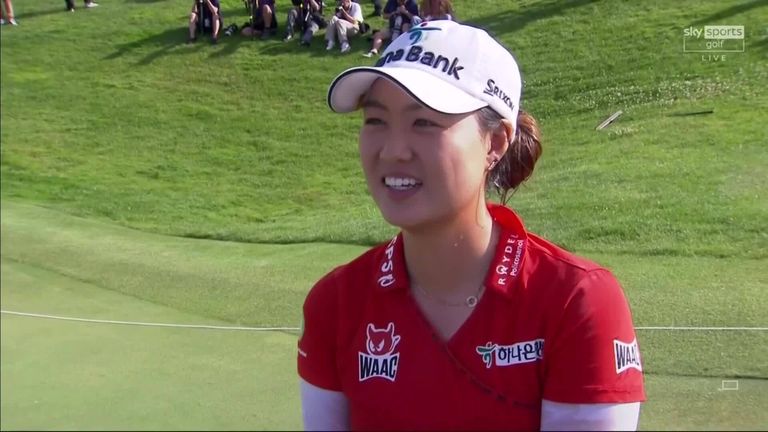 Lee made an opening-hole birdie and ended a run of pars by picking up shots at the seventh and ninth, seeing her turn in 34, before holing from long-range at the 14th and getting up and down from just off the 15th green to pick up another shot.

The now six-time LPGA Tour winner fired her tee shot at the par-three 16th to inside four feet to register a fifth birdie of the day, with another at the par-five last enough for her to set the clubhouse target.

Lee6 had limped to the turn in 39 despite birdieing her opening hole, only to spark a late charge by birdieing the par-four 12th. Further gains at the 16th and 17th left her requiring a final-hole eagle to claim a second major title, only for her to make a two-putt birdie and extend the contest.

Yealimi Noh had to settle for third spot after failing to birdie the last, which would have seen her join the play-off, while Ayaka Furue birdied three of her last four holes to claim fourth ahead of Atthaya Thitikul.

A bogey-free 61 from Leona Maguire saw the Irishwoman equal the lowest round in major history and jump into tied-sixth, two days on from Lee6 matching the record also held by Hyo Joo Kim. 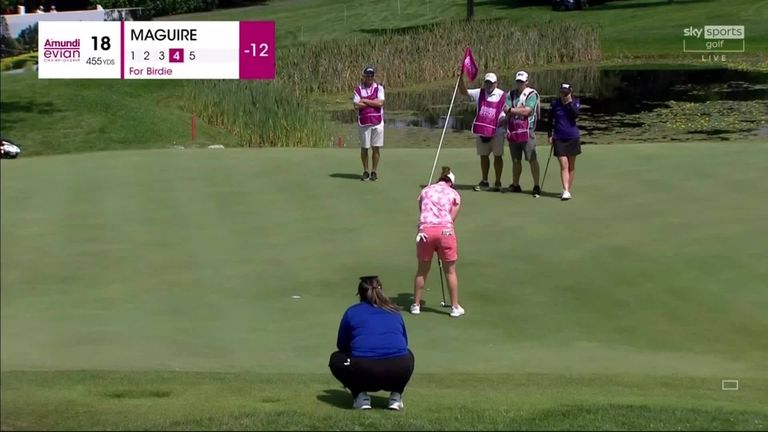 "There really wasn't a whole a lot of difference between the 61 and 71 yesterday," Maguire said. "I came off the course yesterday feeling like I played great and just didn't hole any putts, but today they went in.

"Hit it that little bit closer and just holed a few more putts, so it's fine margins. Today was all about getting good round in and trying to get the momentum going into the Olympics next week."

England's Georgia Hall, In Gee Chun and former world No 1 Lydia Ko also finished on 13 under alongside Maguire, while Charley Hull dropped to tied-25th after a final-round 74.