Harry Kane and Niall Horan among the stars to congratulate Justin Rose for winning the Payne Stewart Award; Rose is the second English player and first since Sir Nick Faldo to receive the accolade from the PGA Tour, which recognises charity work and sportsmanship 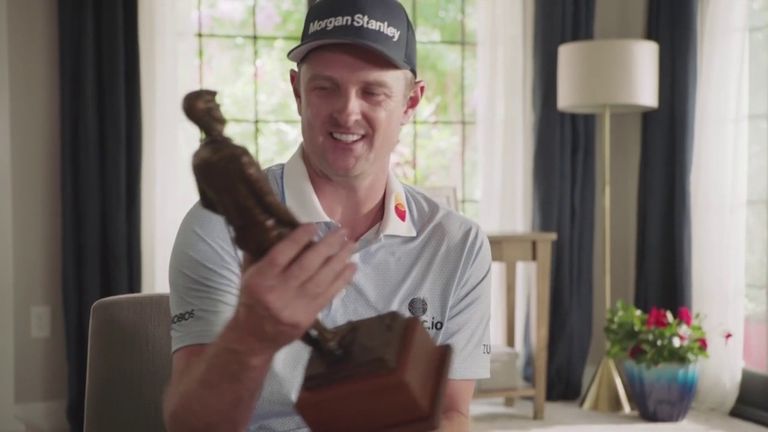 Former world No 1 Justin Rose has joined an illustrious group of golfers after being named as the 2021 recipient of the PGA Tour's Payne Stewart Award.

The accolade, in honour of the World Golf Hall of Fame member and 11-time PGA Tour winner who tragically died in an air disaster in 1999, is awarded to the golfer who exemplifies Stewart's steadfast values of character, charity and sportsmanship.

Rose is the 24th recipient of the award, following on from Zach Johnson in 2020, with the former world No 1 recognised for his respect for the game and his charity work across the globe.

"I am truly humbled and honoured to be associated with the enduring legacy of Payne Stewart through this award," Rose said. "The Payne Stewart Award has become an annual celebration of Payne's impact on the PGA Tour and its players.

"I am forever grateful to be connected to a man who was the consummate professional on and off the golf course and will cherish being a Payne Stewart Award recipient well after my playing days are over."

Rose selected the Kate & Justin Rose Foundation as the destination for the $300,000 charity donation allocated to the winner, which has worked to support organisations in South Africa, the United States, the Bahamas and in England since launching in 2009.

Music superstar @NiallOfficial drops in to congratulate his good friend and partner. 🎤 pic.twitter.com/aq0FkYzXky

The foundation has helped with the rebuilding of the Grand Bahamas Children's Home, after it had been damaged by Hurricane Dorian in 2019, and also worked closely with the 'Blessings in a Backpack' initiative to help hungry children in Orlando during the Covid-19 pandemic.

The Rose family showed their commitment to the sport by launching the Rose Ladies Series, giving female golfers playing opportunities in the UK for big prize purses, while the Olympic golf medallist has also sponsored the 'Justin Rose Telegraph Junior Golf Championship' for many years.

"Justin Rose embodies everything the Payne Stewart Award represents," said PGA Tour commissioner Jay Monahan. "Like Payne, he has been one of the premier players of his generation while using his platform to better the lives of those around him.

"The inspiring progress that he and Kate have made through their family's foundation is a terrific representation of how Payne chose to focus his efforts away from the golf course, by giving back and treating people the right way."

Rose is the second player from England to receive the Payne Stewart Award, following on from Sir Nick Faldo in 2014, while Jack Nicklaus, Gary Player, Arnold Palmer and Byron Nelson are among the other notable recipients since its launch in 2000.