Justin Rose three off the lead after second round of BMW PGA Championship as Kiradech Aphibarnrat holds one-shot lead; Bernd Wiesberger also keeps Ryder Cup hopes alive; watch the third round from Wentworth live on Sky Sports Golf with Featured Group coverage from 9am on Saturday 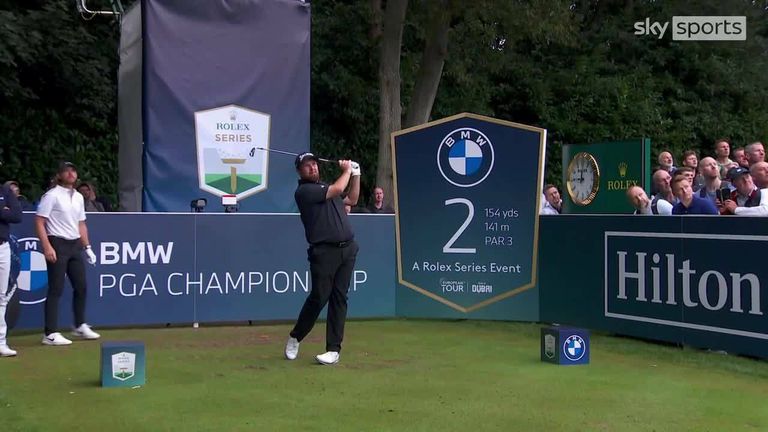 Justin Rose put himself firmly in contention at the halfway stage of the BMW PGA Championship with a four-under 68 in the second round at Wentworth.

The Englishman, who needs to win on Sunday to force his way into an automatic qualifying position for the European Ryder Cup team, is three shots off the lead on nine under.

The lead is held by Kiradech Aphibarnrat of Thailand who also fired a 68 to move to 12 under, one ahead of England's Laurie Canter (66) and Italian Francesco Laporta (65), and two clear of Australian Adam Scott (69).

The Ryder Cup sub-plot continued to warm up for the weekend as Shane Lowry also stormed up the leaderboard to eight under with a 66, while Bernd Wiesberger is up to six under following a 67.

Rose produced some excellent iron play as he mixed six birdies with two bogeys, although his putter cost him a three-putt bogey at the 13th and he also missed several other birdie chances, but he recovered from that slip at 13 by going close to holing his tee shot at the 14th and then making a crowd-pleasing birdie at the last.

The 41-year-old admits he is motivated by the prospect of making the Ryder Cup team, but his focus remains on winning the tournament.

"It's motivating me but it's not going to help me play better by thinking about it too much," he said. "I've got a job to do on the golf course as I always try to do and sometimes you do a better job blocking things out than other times. 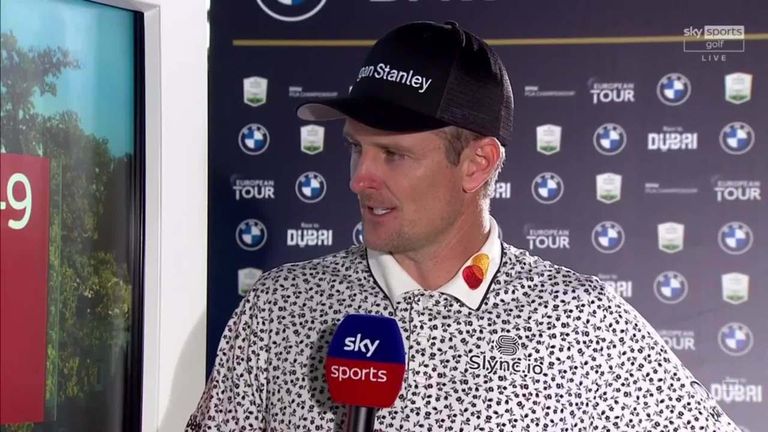 "At least I'm in the tournament now where I can focus on that being the goal without the Ryder Cup being a part of that."

At nine under Rose is alongside Welshman Jamie Donaldson, who had a remarkable three eagles - at the seventh, 12th and 17th - in his 66, and American Billy Horschel, who had six birdies over the closing eight holes in his 65.

Aphibarnrat, 32, had shared the overnight lead with Christiaan Bezuidenhout but pulled clear of the field thanks to birdies at the 14th, 16th and 17th. 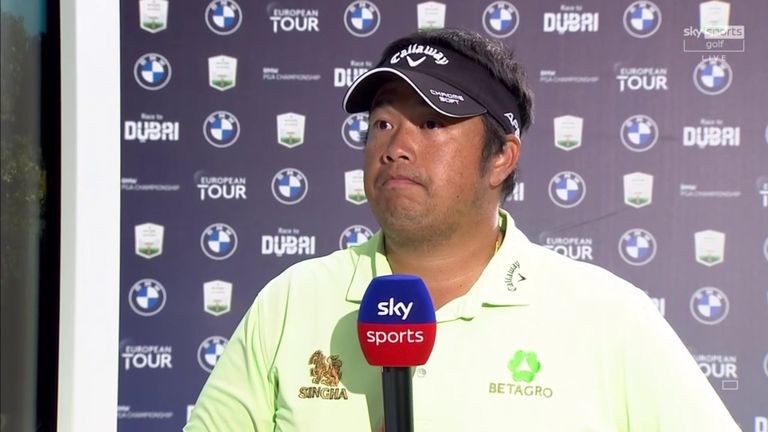 "I'm really proud the way I'm playing first two rounds. A lot of good stuff in there. My putter was rolling well this week and really pleased," he said.

Canter, who had missed the cut in his three previous events, returned to form with eight birdies and two bogeys in his 66. 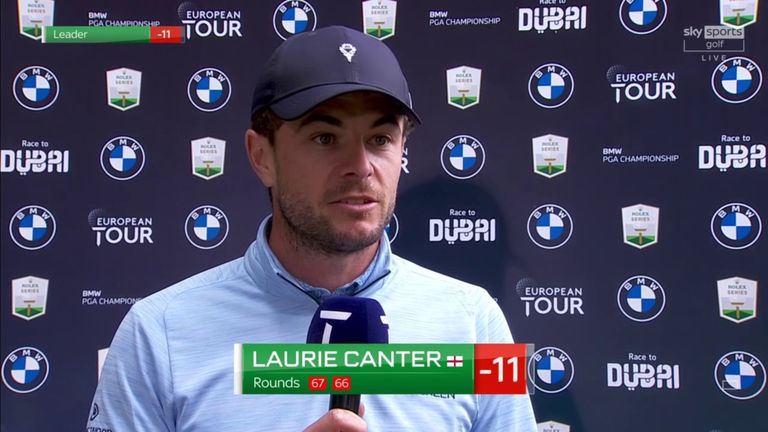 "Given my recent form, it's just nice to be playing tomorrow," said the 31-year-old from Bath. "If I knew what was different from the last few weeks I would tell you, but I don't. It's golf. I don't think there's much of a difference between playing well and not."

Laporta finished his round as darkness was falling but joined Canter on 11 under after completing a flawless seven-birdie round with a four at the 18th, his fourth birdie over the last six holes.

Scott bounced back from a double-bogey at the par-four third with an eagle at the par-five fourth before a strong back nine saw him come home in four-under 33 for a 69.

"I feel like my game is in good shape, and it's kind of a bonus to be playing here for me, really. I'm happy that it fell into my schedule," said the 41-year-old. "Brings back a lot of good memories from early on in my career. There has always been such a great atmosphere here at Wentworth, so happy to be in the mix." 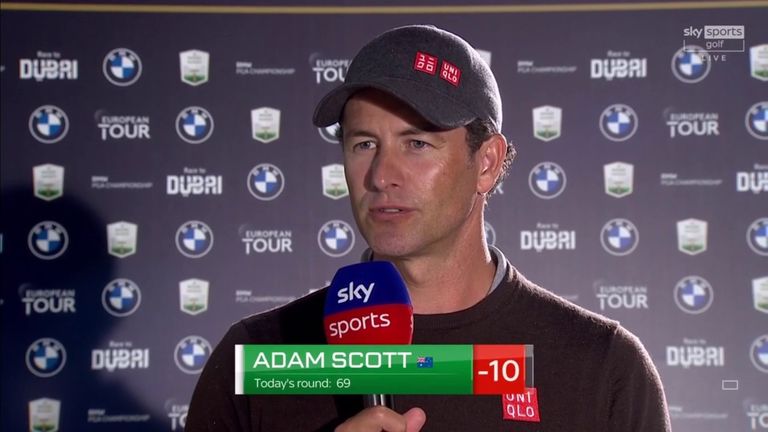 Bezuidenhout could only manage a 72 and is alongside Lowry on eight under, while Wiesberger, who needs a top-50 finish to gatecrash the Ryder Cup team, made his move on the back nine with five birdies over the last eight holes, starting off by draining a long putt at the 11th before also going close to holing his tee shot at the 14th.

"Still in the golf tournament and I'm in a good position," said the Austrian. "Trying to push forward to keep doing what we did the first two days. I want to see myself closer to the top of the leaderboard come the weekend." 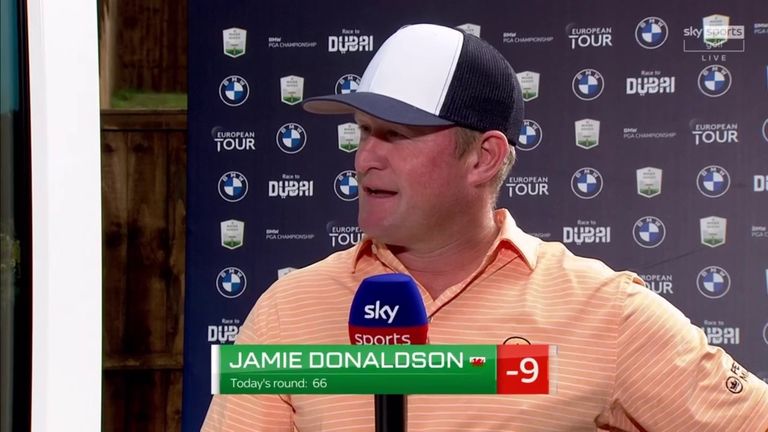 Defending champion Tyrrell Hatton (69) just missed the cut on one under after sliding a birdie putt a fraction wide at the 18th, where Ian Poulter (71) found the water with his second shot before holing out for a birdie.

However, he will also have the weekend off after finishing on one under, as did Robert MacIntyre (69), while Ryder Cup captain Padraig Harrington was two over following a 74, giving him time to mull over his three captain's picks ahead of Sunday evening's announcement.

Belgium's Thomas Detry, who still had an outside chance of qualifying for the Ryder Cup, revealed on Friday evening that he had been disqualified for signing a wrong card.

Gutted to have to confirm that due to signing for a wrong scorecard this afternoon, I was disqualified from the @BMWPGA. Tough pill to swallow after a solid battle out there the past few days & very sad to finish such an incredible event too early.

Watch the BMW PGA Championship throughout the weekend live on Sky Sports. Live coverage continues on Saturday with Featured Groups from 9am on Sky Sports Golf, ahead of full coverage from midday.