Rory McIlroy double-bogeyed his final hole to close a second-round 70 and fall a shot behind the halfway lead at DP World Tour Championship; Race to Dubai leader Collin Morikawa two behind - watch live this weekend on Sky Sports Golf 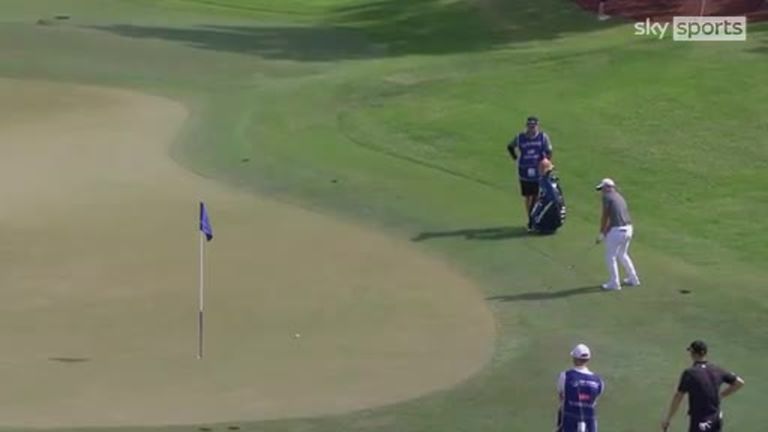 Shane Lowry is part of a three-way tie for the lead at the halfway stage of the DP World Tour Championship, as Rory McIlroy suffered a frustrating finish to his second round.

Lowry carded a seven-under 65 at Jumeriah Golf Estates to jump up the leaderboard, mixing an eagle with five birdies in a blemish-free round to join Sam Horsfield and John Catlin on 10 under.

McIlroy held the overnight advantage and sat in top spot for large parts of the second round, only to double-bogey the final hole and drop back into tied-fourth alongside Sweden's Alexander Bjork. 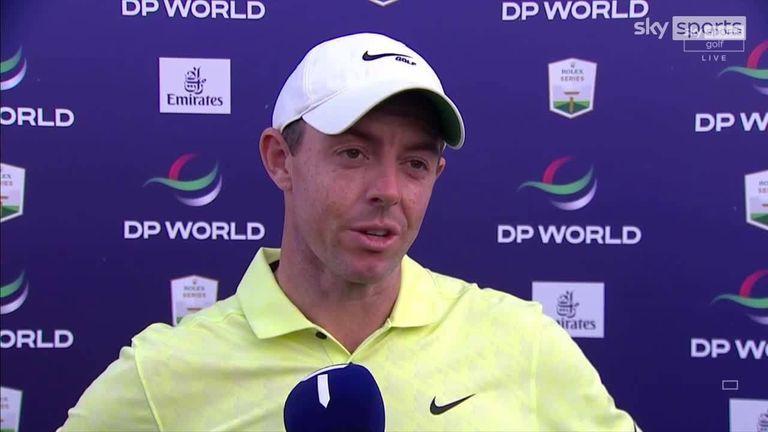 The four-time major champion posted a two-under 70 and now faces a third-round pairing with Race to Dubai leader Collin Morikawa, looking to become the first American to top the season standings, who is in on eight under alongside Martin Kaymer after a second-round 68.

Jeff Winther birdied five of his opening seven holes to move into a share of the lead before McIlroy had even started his second round, only for the Northern Irishman to move back ahead when he posted back-to-back birdies from the second.

McIlroy regained his two-shot cushion with a two-putt birdie at the seventh but quickly found himself in a three-way tie at the top, as Lowry followed a chip-in eagle at the 14th with a birdie at the next and Horsfield racked up five consecutive gains from the sixth to also get to 10 under.

He's now just one off the lead at the DP World Tour Championship! pic.twitter.com/cca8Yd4aFb

A poor pitch and three-putt bogey at the 10th from McIlroy was cancelled out by a chip-in birdie at the next, while Horsfield briefly moved into the solo lead when he holed from the fringe at the 14th.

Horsfield squandered a glorious opportunity from inside eight feet to double his lead at the 15th and followed it with back-to-back bogeys, as McIlroy ended a run of pars by rolling in a 15-footer at the par-four 16th to get himself to 11 under.

A final-hole birdie lifted Horsfield back to 10 under alongside Lowry and Catlin, who both carded second-round 65s, while McIlroy remained ahead until a costly finish at the par-five last.

McIlroy was forced to lay up at the par-five last after finding a bunker off the tee and then sent his third shot into the water, with a poor chip from the bank leading to a two-putt double-bogey seven to finish. 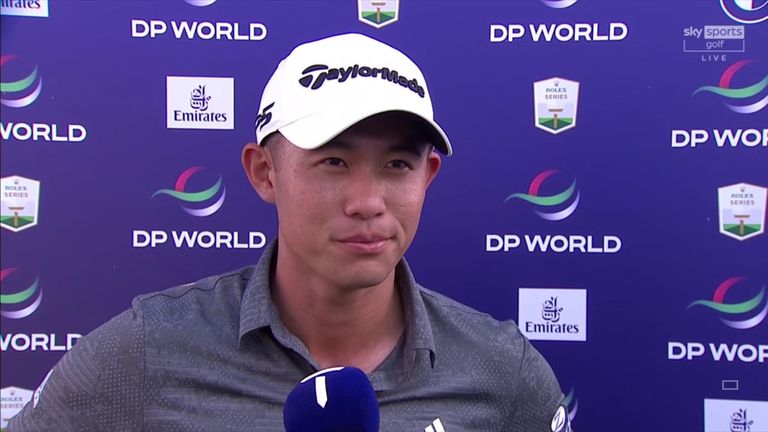 Paul Casey and defending champion Matt Fitzpatrick, both needing a victory this week to have a chance of winning the Race to Dubai, head into the weekend five behind after carding rounds of 70 and 69 over the first two days.

Winther also slipped into the group on five under after dropping three shots in as many holes on his back nine, while Billy Horschel - second in the Race to Dubai standings - is ten behind and on level-par alongside compatriot Patrick Reed.

Watch the DP World Tour Championship throughout the weekend live on Sky Sports Golf. Live coverage continues Saturday with Featured Groups from 5am ahead of full coverage from 7am.