DeChambeau is on 11 under and a shot clear of Collin Morikawa, Tony Finau and Brooks Koepka; McIlroy four back after a one-under 71 - watch the third round live on Saturday from 5pm on Sky Sports Golf. 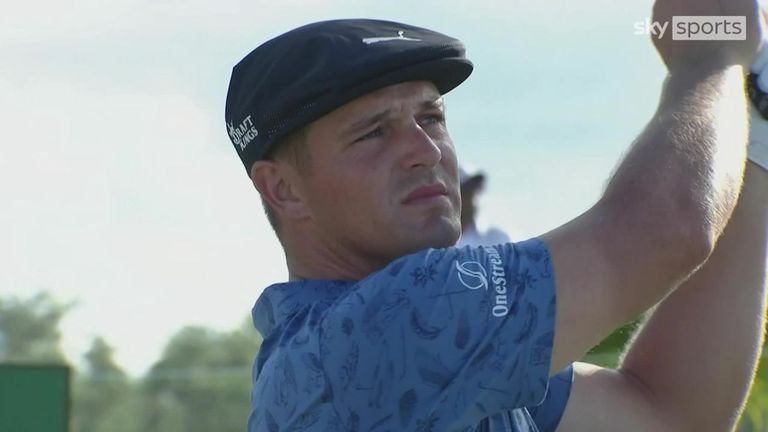 Bryson DeChambeau went on a blistering birdie run to move into a one-shot lead at the halfway stage of the Hero World Challenge in the Bahamas.

The former US Open champion took advantage of the par-four first and made eight birdies in a ten-hole stretch from the sixth, before bouncing back from a double-bogey at the 16th to pick up a shot on his penultimate hole and close out a second-round 64.

DeChambeau heads into the weekend on 11 under and with a narrow advantage over long-time rival Brooks Koepka, Tony Finau and Collin Morikawa, who could leapfrog Jon Rahm at the top of the world rankings with a victory.

"I was making the birdies when I needed to," Morikawa said. "Still felt like the driver's a little off, but get a little timing a little bit better tomorrow and the next day and we'll be just fine."

Morikawa had held a share of the lead until a final-hole bogey, having made an eagle and two birdies in the space of three holes on his back nine, while Finau birdied three of his last five holes to also move within a shot of the lead.

Koepka mixed six birdies with a lone bogey on his way to a second successive 67, with overnight co-leader Daniel Berger two back in fifth place after a final-hole birdie helped him to a three-under 69.

A bogey-free 65 jumped Sam Burns to eight under alongside England's Tyrrell Hatton, while Rory McIlroy slipped four off the pace after an erratic second-round 71. 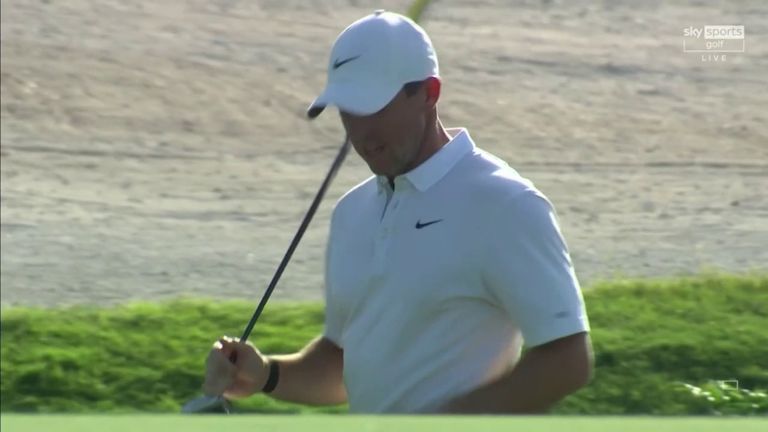 McIlroy made six birdies but registered three bogeys and a double-bogey during an inconsistent display, leaving the former world No 1 in tied-eighth with Patrick Reed and Viktor Hovland.

Justin Rose and Matt Fitzpatrick sit in a share of 16th place, with Harris English and 2019 champion Henrik Stenson the only players over par in the 20-man field at the halfway stage.