50-year-old Phil Mickelson carded a seven-under 64 to open up a two-shot lead at the Wells Fargo Championship; Tommy Fleetwood among chasing pack, with Rory McIlroy eight behind after an opening-round 73 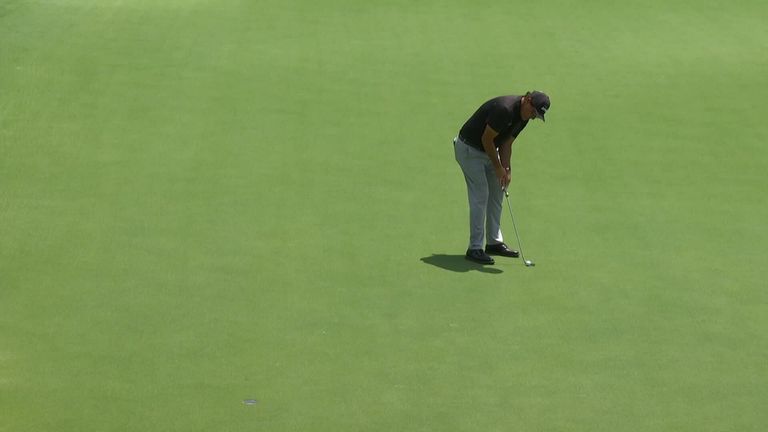 Phil Mickelson rolled back the years to top the leaderboard after the opening round of the Wells Fargo Championship at Quail Hollow.

In the week that the senior major season began at the Regions Tradition, the 50-year-old showed he can still compete at the highest level as he set the pace with a seven-under 64 in North Carolina.

Mickelson mixed eight birdies with a sole bogey to go two ahead of Keegan Bradley and Korea's Kyoung-Hoon Lee, with Tommy Fleetwood in the group three off the pace thanks to an opening 67. 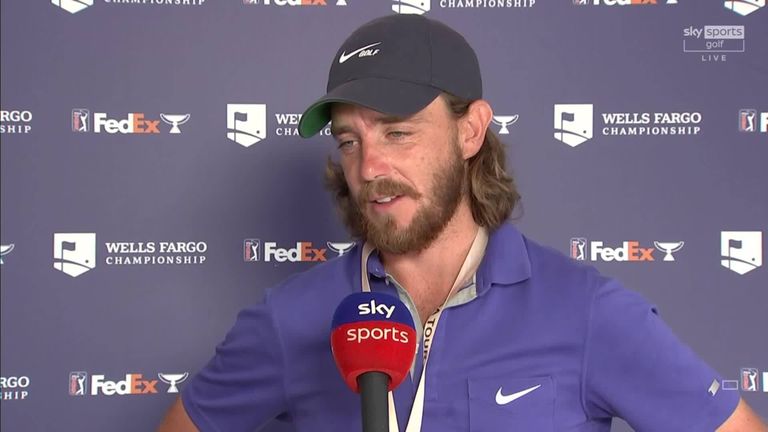 Beginning on the back nine, Mickelson gave back a tap-in birdie at the tenth when he bogeyed the next, but responded by holing a 15-footer at the 14th and then getting up and down from the greenside bunker to take advantage of the par-five next.

Mickelson picked up a shot the 16th and produced an incredible approach from the pines to set up another at the 18th, seeing him reach the turn in 32, before the veteran converted from five feet at the first to register a fifth birdie in six holes and grab a share of the lead. 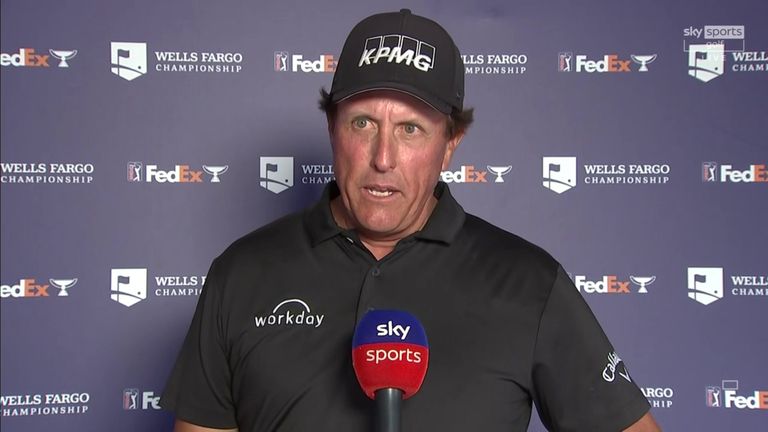 The veteran made back-to-back birdies from the seventh to move into the outright advantage, with Mickelson then showing off his short-game talents to save par at the ninth and close out a blemish-free second nine.

Keith Mitchell briefly led after four consecutive birdies from the second but lost ground with a double-bogey at the sixth and bogey at the ninth, his final hole, while former US Open champion Gary Woodland is also among the group on four under.

Justin Thomas opened with a two-under 69 and Bryson DeChambeau is a further shot back despite dropping three shots in a two-hole stretch on his back nine, with Shane Lowry in the group on level-par after closing his 71 with two bogeys in his final three holes.

Two-time Quail Hollow winner Rory McIlroy marked his first PGA Tour round since his Masters missed cut with an erratic driving display and a one-over 72, as world No 3 Jon Rahm registered eight bogeys on his way to a five-over 76.

Watch the Wells Fargo Championship throughout the week live on Sky Sports. Live coverage continues with Featured Groups on Friday from midday on Sky Sports Golf, ahead of full coverage from 7pm.